Ghana Needs A Leader Who Suffers From Altruistic Madness 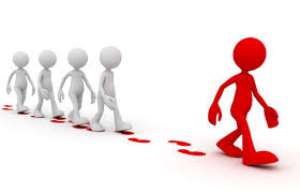 Over half a century of political or flag independence, Ghana has been marking time in its quest to overcome some disturbing challenges, such as poor sanitation and squalid living conditions, joblessness, abject poverty, uneducated and uncritical masses, and diseases. Given the lingering and debilitating effects of our poly-challenges, we have either congratulated ourselves for the efforts we have invested so far in dealing with the challenges or blamed the colonialists for imposing slavery and foreign rule on us. Thus, basically, in making sense of our challenges, we have either resorted to blaming culture or penitential culture.

Regardless of how we conceptualise Ghana’s developmental challenges, what looms high on the minds of many Ghanaians is that Ghana’s quest for development is encoded in a certain enigma and paradox. The paradox is that we all know the solution to Ghana’s problems. Over the years, academics, non-academics, adults, children, citizens, foreigners, politicians and the clergy have all proposed answers to Ghana’s challenges. But while we are certain about the solutions to Ghana’s challenges, we appear to have a superficial knowledge of Ghana’s problems. It is like saying that in Ghana, we all know the answers, but none appears to know the question or problem we are to apply the answers.

Given this paradox, Ghana’s development ambition is akin to either choreographically swinging the body to a calypso tune or running on a treadmill race. Either way, there is a disproportion between the energy invested and the result produced. We have had promises upon promises. We have had leaders upon leaders ranting and raving. We have heard journalists upon journalists pretending to know all the answers. We have heard academics upon academics pontificating knowledge that they consider even esoteric. We have heard social commentators upon commentators agitating against the ‘incompetence’ of Ghana’s political actors. But, the result of all this conflagration of emotions and some form of common-sense is that Ghana is still running on a treadmill race. We have still not defined the problems, even though we are certain about the solutions.

Throughout human history, nations that have made strides in the struggle against the vicissitudes of life had leaders who suffered from some form of altruistic madness. These leaders did not follow conventional thinking. They refused to think like everyone else. They were careless about what people thought about their actions. They acted like men and women of thought and thought as men and women of action within the prism of their understanding of life. They shed the overwhelming weight of the poisoning effect of socialisation. They were born free and decided to live freely. They challenged the conventions they had received. They were disinterested in their lives because they took decisions that imperilled their lives. They did not cherish family life, even though they cared about the needs of the impoverished. They were Socrates’ Philosopher-Kings. In sum, they denied themselves.

The epitome of this type of altruistic mad leaders is Jesus Christ, the saviour of the elect of God, the Father. He is God. He is the creator. He sustains the universe. He is the Lord of life. He has the key to the greatest challenge of humanity – death. He saves. And yet, He discarded all these conventions and behaved like a mad person. He left His eternal glory. He left the perfection of His deity and took upon the frailties of the human body. He left His unending riches and became the scum of the earth. He gave up the comfort of heaven and became a Habiru – a homeless and wanderer. He subdued His ownership of life and died a shameful and excruciating death. He surrendered His life to mere mortals. He died for those He loves. Jesus Christ suffered from benevolent madness!

Next in line, we Abraham and Moses. These were prominent leaders in the annals of religions. As altruistic mad people, they challenged conventions. They all moved from civilisation to primitivity. Abraham lived in the city of the Ur of Chaldeans. He was at the city of brisk economic activities. He had a thriving family. He was a prosperous businessman. He had a huge house. He had property. He had friends. He had not the spectre of experiencing poverty. And yet, he left all this blissfulness to become a wanderer – Habiru. He left the city to wander around in an unknown primitive land. He left the abode of security to insecurity. He left the life of abundance to the life of scarcity. The same could be said of Moses. He also left the prospects of becoming the next Pharaoh. He had no lack in his life. He was the darling of the royal family. And yet, he left the comfort and all the prospects of the palace to become a wanderer – Habiru. He left everything that portended to his goodness to become a desperate wanderer in the wilderness.

Certainly, Abraham and Moses suffered from altruistic madness. They behaved contrary to the conventions of their dispensation. But, it was their benevolent madness that made them the stars of the so-called Abrahamic religions. Their altruistic madness bequeathed virtues, values, norms, and the logic of civilisation to humanity. Though they died thousands of years ago, their influence is still current with us as if they are still with us. The reason for their enduring legacy was as a result of their altruistic madness.

I woke up at about 4:30 am this morning musing over Ghana. In the course of my reflection, I decided to engage the life of a mad person in Maamobi – Paapa. I have known Paapa since the 1980s when I was a child in Maamobi. As to why he is called Paapa, we are not told. But one thing about Paapa is that he is always excited about something. Since the 1980s till the last time I saw him this Monday, I have never noticed any sign of desperation in him. He moves about freely, whispering some delightful words to himself. His monologue appears to give him the sigh of life. Occasionally, he waves to people who shout his name. But he never allows the showers of praises to distract him from what makes him happy. But what is amazing is that I have never seen Paapa at the drugstore, seeking to get medication. I have never seen him lingering in pain. While Paapa is likely to be in his mid-60s, he shows no sign of old age. He has no wrinkles. He does not use any medicated lens. He does not walk with the support of any stick. He has outlived many sane people in the community. I have known many sane people, including my dad, who have succumbed to the burial mat. The young and the old have all died leaving Paapa behind.

Paapa’s attributes are not different from other mad people in the community. But I am yet to read any comprehensive book on the reasons for the health and longevity of mad people. Some biologists think that mad people have altered hormones that undermine sickness. other social scientists assume that we are wrong in thinking that mad people don’t fall sick or die early. They argue that because of our conception and expectations of madness, we expect mad people to fall sick and also die early. And so, when mad people don’t appear to fall sick or even die at the age of fifty years, we tend to assume that they had lived for long. Well, there may be some sense in all this thinking. But, as I said, I have known Paapa since the 1980s. At the time I first met him in the community, he was already in his 30s at least from the account of his family. And yet, Paapa has not changed in any way since I first knew him.

I argue that madness is a social construct, even as it is a psychological construct. I will take the social construct to advance my argument. As a social construct, we determine who is mad and who is sane. I am not sure whether those we call mad people are conscious of their madness. It is their lack of consciousness about their madness that makes them behave as they want: eating whatever they find; sleeping at every available space, and engaging in a monologue. Certainly, if they are conscious of our understanding, they will not be mad. More importantly, it is their madness that sustains their lives. They think freely. They are freed from the constraints of society. They are not concerned about bourgeois conventions. They are a law to themselves. They are not stressed. They are not depressed. They care about themselves alone. They do not seek to covet anyone’s property. They are content with what they have. They do not struggle to be better than anyone. They are not in a mad race to outsmart or undo others.

I surmise that all these qualities of madness keep mad people in good health. This is because the major cause of illness (apart from the germ theory of allopathic science) is stress. Once one is freed from stress, one is likely to stay away from sickness. It is based on the carefree life of mad people that I think Ghana needs a leader who suffers from altruistic madness. I use altruistic madness to separate aggressive madness (or deliberate madness) from the madness that is geared towards progress. I also use altruistic madness to denote constructive and progressive madness. Over the years, I have observed that Ghana has slackened in its quest to develop because we have leaders who care so much about pleasing everyone. They care about pleasing their conjugal girlfriends and wives, party sympathisers, international relations, and their image. They also have a fixation for winning elections. Because of these fixations, they tend to engage in corrupt practices. This is because they certainly do not have any accumulated property to please all the people around them, so the surest way to cut corners to achieve their goal of pleasing people.

Until we have such a leader, Ghana’s quest for development will remain a mirage. We will shout, rant, and rave, but we will still be on a treadmill race or in the mood of calypso dance. We will shout the mantra of ‘Ghana Beyond Aid’ and yet not understand that it takes altruistic madness to achieve that lofty idea. It is my prayer that we will all suffer from altruistic madness, even as we desire the birth of an altruistic leader in Ghana.