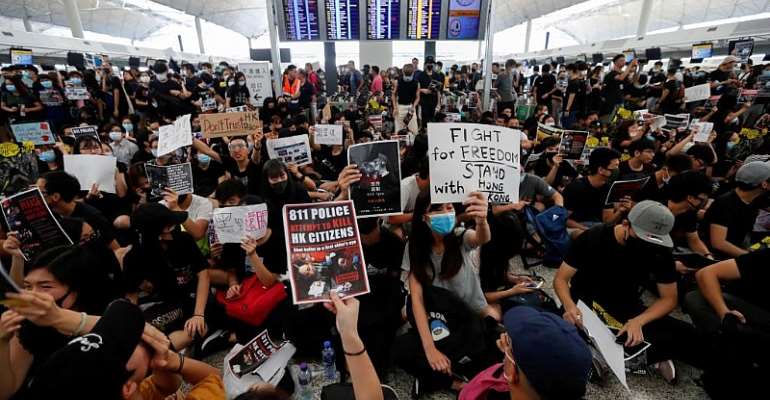 Hong Kong's embattled leader Carrie Lam has warned the city is in a state of “panic and chaos” as she called on anti-government protesters to back down.

During an emotional press conference Tuesday, Lam said violence carried out during demonstrations risked pushing the Chinese territory to the point of “no return".

Flights at Hong Kong airport have resumed after a massive sit-in there caused major disruptions at the busy international transport hub.

Protesters keep up momentum
However, the widespread unrest – which began 10 weeks ago in response to a proposed extradition bill that has since been shelved – is showing no sign of abating.

Thousands of residents of the former British colony are angry at what they say is an ongoing erosion of freedom and autonomy.

On Monday police unveiled water cannon trucks as a new way to put down protests, which Beijing has described as "terrorism".

Families carrying balloons and banners held a peaceful march through Hong Kong's financial centre over the weekend, with parents saying the territory was no longer suitable for children.