Will You Ever Say “no” To A Naked Wife Of Potiphar? 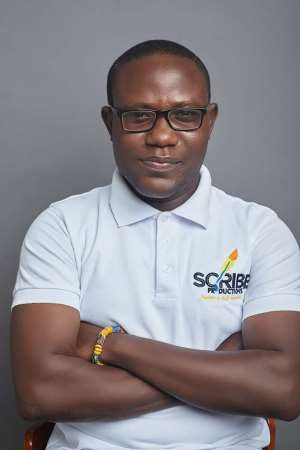 “7And it came to pass after these things that his master's wife cast longing eyes on Joseph, and she said, "Lie with me." 8But he refused and said to his master's wife, "Look, my master does not know what is with me in the house, and he has committed all that he has to my hand. 9"There is no one greater in this house than I, nor has he kept back anything from me but you, because you are his wife. How then can I do this great wickedness, and sin against God?" 10So it was, as she spoke to Joseph day by day, that he did not heed her, to lie with her or to be with her.”― Genesis 39

Joseph was a young Hebrew man who had been sold into slavery by his own brothers. By dint of fate, he found himself in the home of Potiphar, an officer of Pharaoh. Like Adam and Eve were granted access to everything in the garden except the tree of life and that of knowledge of good and evil, Joseph was granted access to everything in his slave master’s home except his wife. And then… this wife began to chase him with a free access to her body!

Frankly, it is hard to say “No” sometimes. Saying “No” to some too-good-to-be-true offers is hard― extremely hard. Oftentimes, it is more difficult to reject such an offer than to accept it. It is easier to do such a thing than not to. At the sight of such an opportunity, which you may regard as one-in-a-lifetime, it is almost impossible to postpone your “Yes”. “Yes” may be the first thing you will utter thoughtlessly!

We must, however, come to the uncomfortable realization that it is when we think about ourselves only that we nod to every opportunity that walks through our doors. It is only when we are concerned about what we can gain instantly that we accept every offer without even thinking through such. It is only selfish people who say “Yes” to every opportunity that comes their way.

A selfish father will have extramarital affairs because he thinks about only his sexual gratification. Damn the consequences! A selfish leader will steal from the state coffers because his immediate family is all his mind is occupied with; the rest of the nation can go to Hell!

Every decision we make, however we look at it, has rippling effects on others. Who we are today is as a result of the rippling effects of the decisions of our forefathers. Some consequences we are facing today are due to decisions taken on our behalf many years ago. Similarly, every choice we are making today may somewhat direct the path of those who will come after us. By every choice you make, you are making choices on other people’s behalf!

Millions directly and indirectly depend on our decisions; no matter how small those decisions may be. A simple “Yes” or “No” to a so-called opportunity that may walk your way may change the course of a whole generation― for good or bad. Our decisions and choices have long-term effects. If we limit ourselves to only the short-term effects, we do the next generation a great disservice.

A little corruption of yours may be the reason a community may never have a school and this may be the reason a potential doctor in that community may end up on the streets in the city. Just because you couldn’t restrain your temper, you could end up in a place where your children may be denied the great parent you could have been, thus, making them go wayward. Every single decision of ours brings consequences that may not be ours alone.

Joseph consistently said “No” to Potiphar’s wife because he knew it was wrong to ever imagine sharing the same bed with her slave master’s wife. She was being selfish― thinking about her gratification only― but Joseph insisted on exuding his power of saying “No” to an act that was evil. And… that “No” saved a generation!

Guess what. If Joseph had given in to her, events would not have led him to prison and subsequently to Pharaoh to interpret the king’s dream of the coming famine. It was after this interpretation that Pharaoh made him his vice to strategize how food could be stored in the fat season. Apparently, Joseph wouldn’t have been in the position to save lives when the famine came if he had fallen prey to Potiphar’s wife’s wiles. Remember the millions of lives that depend on every decision you make. Every choice of yours today has a long-term effect of either saving or taking lives tomorrow.

Saying “No” to some offers now will save more lives than you could ever imagine. There is power in saying “No” and each one of us must try their best possible to exercise this power. It is okay to say “No” to choices that will ruin those who will come after you― even if it will make you comfortable temporarily. Your solo temporary gain is nothing compared to permanent losses of the masses.

Every minute of your life is a decision. Each day of your life, you wear the shoes of Joseph with a naked wife of Potiphar looking you in the face. Will you say “Yes” or “No”?

Kobina Ansah is a playwright and Chief Scribe of Scribe Communications ( www.scribecommltd.com ), an Accra-based writing firm.