Poor State Of Roads: DCE Admits He Is Under Pressure 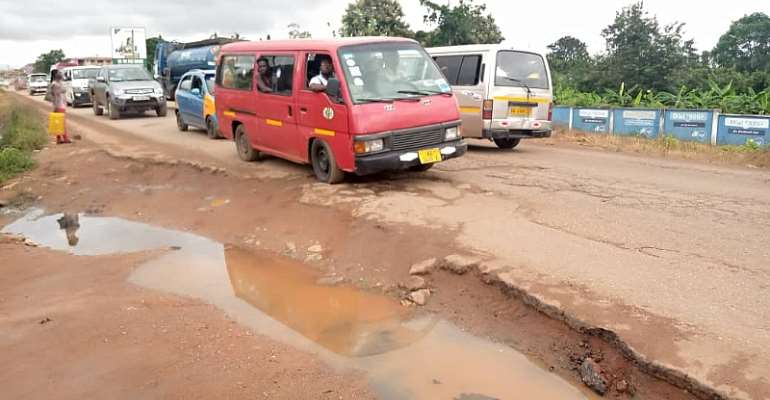 The District Chief Executive (DCE) for the Atwima Nwabiagya South District of the Ashanti region, Hon. Micheal Amoah Awuku has admitted that there has been pressure on him by the residents to fix their bad roads or risk losing the 2020 general elections.

The DCE, describing the bad roads saga worrying, said the government will do everything possible to fix the situation but has to settle 60 million dollars owning the contractor as a result of poor management by the previous government.

Speaking to Otec News’ reporter, Jacob Agyenim Boateng on Thursday, August 8, 2019, at his office at Nkawie, he appealed to the residents to remain calm as the roads in the community are part government’s plans of fixing roads in the Ashanti region.

The residents' pressure on the DCE comes in the wake of Kumasi based radio station, Otec FM and Media Foundation for West Africa (MFWA) project ‘OPERATION FIX OUR ROADS’, in a bid to rally lawmakers and stakeholders to pass a comprehensive plan to meet the state’s growing transportation needs.

Residents of Abuakwa on Wednesday threatened the government to either fix the road or risk losing the 2020 general elections.

The residents said several business institutions in the area have relocated to other places for fear of collapse for lack of patronage because of heavy traffic due to the poor road network, resulting in lack of employment.

He explained that “the government after two and half years in office is trying to deliver on all promises made to Ghanaians including the construction of roads in the Ashanti Region, but has to settle the debts before the contractor comes back to business”.

The DCE after expressing worry on the heavy traffic on the Tanoso Abuakwa road admitted the Asanteman Akwan program is indeed mounted pressure on authorities in the region.

“I must admit that your project has brought a lot of pressure on me since Wednesday and it has awakened us up. I have started consulting with people who matter to urgently find a lasting solution to fix the problem,” he admitted. 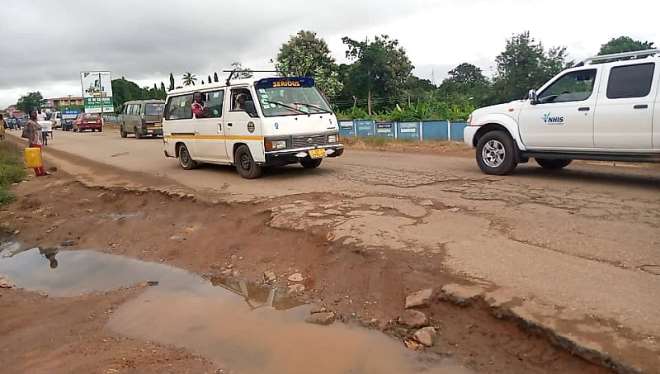