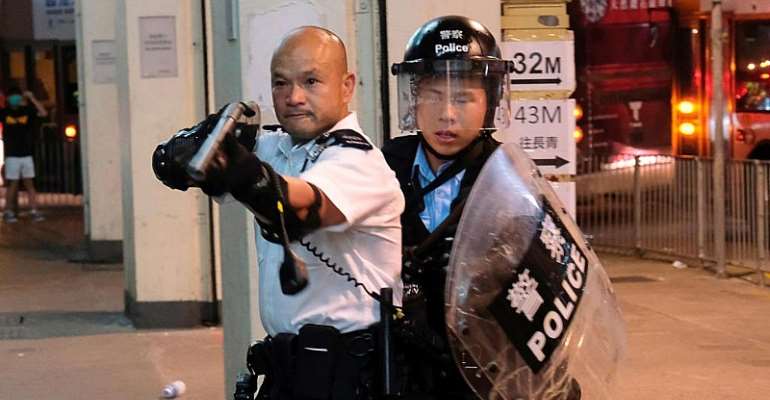 China on Tuesday warned Hong Kong protesters that there will be stark consequences for the violent anti-government unrest.

At a press briefing in Beijing, Yang Guang, spokesman for the Hong Kong and Macao Affairs Office of the State Council, said: “Those who play with fire will perish by it.

“Don't ever underestimate the firm resolve and immense strength of the central government."

It is one of the strongest-worded warnings yet from China's central government over protests which have plunged the city into chaos.

Weeks of clashes were triggered by opposition to a planned law that would have allowed extraditions to mainland China, rapidly evolving into a wider movement of democratic reform and protection of freedoms.

The two-month crisis has become the biggest threat to Beijing's rule of the semi-autonomous city since its handover from the British in 1997.

Yang insists the government still firmly supports both the Hong Kong police force, who have met criticism for their handling of the protests, and Carrie Lam, the city's pro-Beijing leader, who has faced calls to resign from protesters.

"Don't ever misjudge the situation and mistake our restraint for weakness.”