Africa On A Fruitless Journey With Democracy 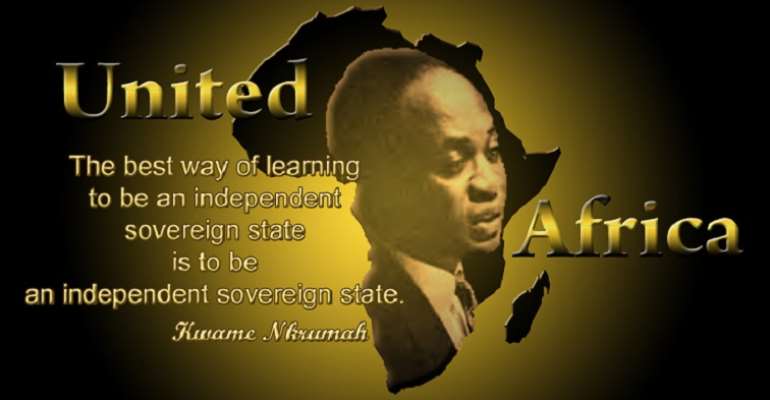 What are the signs that reveal the illness of democracy in America? This is one of the questions asked by some professors of the top universities in the United States, in observing the challenges to democracy operated by Trump, increasingly oriented towards the government of the people.

The truth is America's democracy has never been a successful political idea of government for Americans, as they want the world to know. They preach about democracy in their entire lives, yet they support oppressive governments and African leaders between the failure of democracy and growing corruption.

The presence of the US government is laudable only in developing countries because poor countries feel their collaboration with the US government will help towards development but as a matter of fact, if African leaders are extremely intelligent they will ask why developed countries never fancy America?

Many people think the fate of democracy seems to have changed, under Donald Trump, however, if one is a good political analyst, you can easily see nothing has changed about America’s democracy, it is Trump who remains different from other presidents.

Before Donald Trump, democracy in America operates clandestinely. All the developed countries know that even though the leaders maintain a friendly relationship. It’s only third world countries that see America as a sort of ‘saviour’ but that trust has cost countries, especially African countries dearly.

Although about 40% of the world's population lives in countries where free and fair elections are the norm, the level of attraction of the democratic model has not simply stopped but is steadily decreasing.

The problem is not limited to the growing number of non-democratic systems but even lurks in many nominal democracies, where governments have undertaken a gradual and silent shift toward more autocratic forms, maintaining a democratic appearance through elections.

The last decade in particular, under the pressure of the financial crisis, has seen democracy in great difficulty. For 10 years now, in fact, political rights and civil liberties have been the protagonists of an important decline throughout the world.

Democracy as an accepted form of dominant government has never been as endangered as in the last 25 years. Over the last decade, the number of countries that have undergone a narrowing of fundamental freedoms has remained higher and higher than in countries where these freedoms are increasingly guaranteed.

The rise of Beijing's development has broken the monopoly of economic progress that had been the prerogative of the democratic world to date. Historically, in addition to guaranteeing rights and freedoms, democracies have always been able to place themselves above non-democratic regimes in terms of wealth.

The new version of democracy under Trump, a different identity, is very disturbing to Americans but not Africa because everything tastes good in the mouth of African leaders since they don’t know how to cook. The earth provides diamond, gold, oil, timber, and valuable agricultural products, yet Africans are hungry since the continent can’t utilize their own resources.

“Poor No Friend,” they say, yet ‘poor’ Africa has friends in both high and low places because the continent has precious metals.

Even with all our silver and gold, which the developed world can't do without them, Trump calls us 'Shithole nations,' imagine, if we have nothing at all what would they call us?

A child learns how to walk on his own, after school, he finds a job and leaves his parents to live on his own, yet Africa still depends on foreign governments for food, loan, and development. How can the leaders be respected?

“It is far easier for the proverbial camel to pass through the needle's eye, hump and all, than for an erstwhile colonial administration to give sound and honest counsel of a political nature to its liberated territory.” – Kwame Nkrumah

Until African leaders stop depending on foreign aid, loans, food and become an independent continent through the utilization of our resources, Africa will be on a fruitless journey without a destination with democracy to eternity.