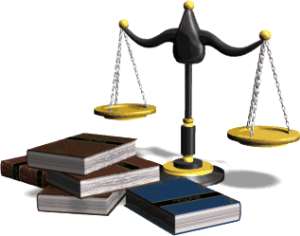 I must be honest with my fans and fellow Ghanaians that I have an aversion for those who perpetrate and perpetuate judicial corruption in Ghana. Therefore, my dislike for those Ghanaians residing in the civilized Whiteman's land who should have known better, but disgustingly criminally choose to encourage, through bribery, the orchestration of judicial corruption in Ghana, cannot be underestimated.

Judicial corruption is the major factor militating against the advancement of Ghana in particular, and Africa in general. By judicial corruption, the enforcement of the laws and delivery of justice have become a mockery hence giving rise to lawlessness and the committal of crimes with impunity by those who think they are bestowed with the right to do so. In any country or society where the laws don't work satisfactorily, all that becomes obvious is the generalised underdevelopment of the citizenry and their country.

Even in the animal kingdom, close scrutiny has revealed that they do obey and/or enforce certain rules. A lion king or a male chimpanzee is known to mark their territory which they defend with all their might. Most nursing animals are noted for aggressively protecting their babies or young ones. They will not hesitate to risk their lives fighting with all their might as they can muster to ward off a predator.

Why can't we as human beings, do the right thing at the right time to protect our collective interests but do selfishly pursue acts that will not only cast doubt about our reputation but also, allow our

White contemporaries to see and treat us as subhuman?

Corruption is the very bane of the socio-politico-economic emancipation of Ghana and the entire continent of Africa. Subsequently, should a Ghanaian residing in the United States of America, be seen to encourage not mere corruption but judicial corruption in Ghana, then that person deserves not to be respected but to be treated as an uncivilized saboteur of the development of their ancestral country of birth. They must be treated with the scorn they deserve.

Laws are made to be respected but not to toy with. In the Ghana Criminal Code 1960 (Act 29), bribery and extortion are prosecutable offences. In the advanced countries, these offences are punishable and he who is caught indulging in them is not spared at all but made to face the tune of the music. This explains why their countries and people have developed way ahead of Ghanaians or Africans.

Now, going to my point of discourse that has triggered the publication of this article, there are some Ghanaians residing in the United States of America who are happily supportive of judicial corruption in Ghana. These Ghanaians are originally from Kumawu-Bodomase in the Ashanti region. Their mother or sister or relative by name Madam Berhene, alias Mary Prempeh, from the Kumawu Ananangya royal family, has been caught unaware by an undercover investigator to have bribed the registrar and the judge of the Kumawu Circuit Court. Her voice is caught on audio recording that has gone viral. In the secretly recorded audio, she claims to have induced the judge with bribe to drop a line of action that could have prevented her from performing the funeral of her late relative, Nana Damte, the chief of Kumawu-Ananagya.

The judge did exactly as she had sought; amounting to an abuse of position by the judge. The judge's action undermines the ethics of the law profession. It is tantamount to twisting and selling justice to the highest bidder. This type of corruption by our judges and people in positions of power, of trust, and higher responsibilities, is the downfall of Ghana in her quest to develop.

However, the relatives of Madam Berhene residing in the USA, see nothing wrong about it. They are saying should any legal suit be brought against her, it will come to naught.

My problem is with these people living in the USA. If their mother or relative is ignorant about the law hence trying to influence a judge's decision through bribery, why should they give approval to her actions, fling their weight behind her and go out defending her actions?

It is corruption by our shameful politicians and court judges that Ghana like her sister African countries is lagging a million years behind our white contemporaries if it comes to development, possession of intelligence and wisdom.

I shall not allow irresponsible Ghanaians living abroad to spoil my ancestral land of birth (Ghana) for their selfish interests. They live in America. They have naturalized as Americans. They are better off in their adopted country so they don't give a damn should Ghana go up in flames hence supporting and defending corrupt practices, the very canker destroying or inhibiting the socio-economic progress of Ghana.

They should bear in mind that there is no place like home and if the back of your teeth is bitter, it is there that you lick. They can have all the papers in the world in their possession to prove that they have naturalised as Americans, however, when they go out into the streets, their skin colour gives them away as Africans who are not natives of America. If they doubt me, they had better seek the opinion of American President Donald Trump.

Let us fight judicial corruption and all other forms of corruption to save Ghana for the betterment of ourselves and offspring. I shall name and shame them should they continue to support the corrupt practices by Madam Berhene and Asantehene.