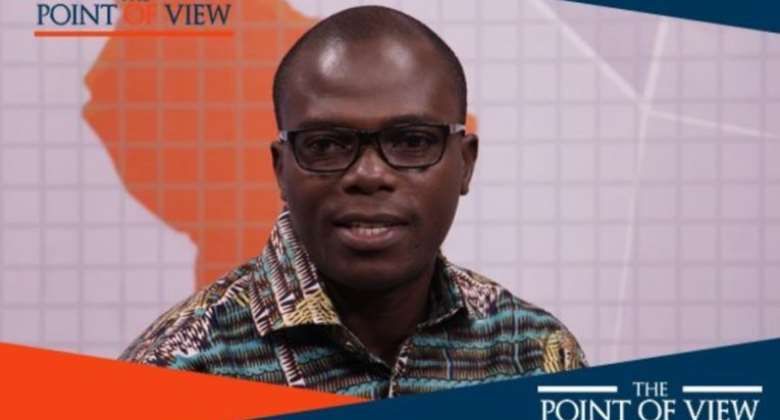 On 24th July, 2019, the National Media Commission (NMC) delivered its ruling on the complaint filed by the government against the Multimedia Group, following the latter's production and broadcast of a documentary titled “Militia in the Heart of the Nation.”

The three-page (22-paragraph) ruling of the Commission is highly confusing and problematic. The ruling suffers from an abundance of ambiguity, vagueness and vacillations. More importantly, it fails to offer guidance and direction for the media industry and journalistic practice in the country.

The purpose of this article is to point to the deficits in the Commission's decision purely based on the contents of the three-page ruling. Before I go on to the substantive issues, I must say that my decision to point out the shortfalls in the Commission's ruling is intended to contribute to a purposeful debate, for it is through meticulous debates and contestation of viewpoints that a field such as journalism can grow. My views are neither meant to disparage the Commission nor to undermine its functions and powers as elaborately provided for under Chapter 12 of our Constitution.

Now to the substantive matters about the ruling. In order to point out the inadequacies of the ruling cogently, I will, first of all, reference what the Commission referred to as the substance of the complaint; what it captured as the presentations or arguments by the complainant; what it captured as responses by Multimedia Group; and then it’s verdict.

In the 22-paragraph ruling, the NMC summarises the government's complaint in paragraph two as follows: “The complaint was that the documentary had made certain claims which could not be supported by the facts adduced and in line with the law, there was the need for the NMC to investigate the matter and direct a retraction and apology as well as any other appropriate sanction.”

The Commission reaffirms the substance of the complaint in paragraph 10 of the ruling where it states that: “The Minister of Information after opening the case of government, reiterated that the documentary did not contain any material fact and was full of an exaggeration to cause sensationalism.”

It adds in paragraph 11 that the government's position was that the producers of the documentary had used a wrong word to describe the D-Eye Group, and that “at the time of the story, respondent knew the castle was no longer the seat of government and was not a security zone.” The documentary had described the D-EyeGroup as a vigilante/militia group and the castle as a security zone.

The Multimedia Group on the other hand, according to paragraph 12 of the ruling, “reiterated the fact that the documentary was factual,” and that they offered the government the opportunity to respond to the issues ahead of the publication of the documentary but the government rebuffed the opportunity. Multimedia also argued, that “ there was evidence to suggest the castle was a security zone.”

On the designation of the D-Eye Group as a vigilante group, the ruling says in paragraph 13 that the Multimedia Group said “they felt vindicated in their use of militia, and cited no mean a person than Prof. Henrietta Mensa-Bonsu, a legal academic and member of the Justice Emile Short Committee sic, which investigated the violence during the Ayawaso West Wuogon bye-election who reiterated the word.” It adds that the Multimedia Group further pleaded “justification, privilege, fair comment, public interest, and assertion of their fundamental freedom of expression.

Based on the foregoing, which is essentially what the three-page ruling captures as the substance of the complaint; the stated claims by the complainant and the counter-claims by the respondents; one would have expected a ruling by the Commission to explicitly respond to and settle the following questions with elaborate reasons:

• Based on the evidence adduced, if any was presented during the adjudication, did the documentary contain any material facts or not?

• Based on the evidence adduced, if any was presented during the adjudication, was it right, journalistically, for the castle to have been called or described as a security zone by the producers of the documentary?

• Based on the evidence adduced, if any was presented, was it right, Journalistically, for the producers of the documentary to have described the D-Eye Group as a militia/vigilante group?

• Based on decisions on the above, what is the verdict on the journalistic propriety or otherwise of the documentary as a whole?

• Based on the verdict what advice, guidance, directions – if any – does the Commission offer for future practice?

Well, the Commission set out the issues for the determination of matter focusing on the following three issues:

• what is a militia or vigilante;

• when did the D-EyeGroup exit the castle; and

• whether the portion of the documentary that focused on the D-Eye Group exposed any acts of violence.

The commission then faults the documentary for ethical breaches in the use of photographs and multimedia content. I will comment on this in the latter part of this article. Now let's look at how the commission dealt with the three issues it set out for determination.

Issue Number One: What is a militia or vigilante?

In addressing this issue, the Commission makes a shocking verdict. The Commission concluded that “the group did not manifest any violent conduct to be described as a militia or vigilante group from the documentary as the people of Ghana have come to identify such groups.” This conclusion is indeed, intriguing giving that through past publications, which went uncontested, the group has been known to be a vigilante group in the way Ghanaians know vigilante groups to be.

The verdict of the Commission on what can be called or described as a vigilante group suggests that a journalist will be wrong to describe AzokaBoys, The Hawks, Invisible Forces, Delta Force, and all the others, as vigilante groups unless the work of the journalist contains acts of violence on the part of such groups. If this argument were to be upheld, it may as well be wrong to describe members of our armed forces as soldiers unless we see them in combat. This certainly cannot be right.

Issue Number Two: When did the D-Eye Group Exit the Castle?

On this issue, the government had contended that the producers of the documentary had “deliberately omitted to state the material fact that National Security Council Secretariat had closed down the purported office of the company since October 2018. Indeed, as of the date of publication of the documentary in March 2019, there was no activity of whatsoever nature by the company at the Castle.”

And what does the NMC's ruling say? The Commission simply says “…whilst the government insisted that the group was evicted in October 2018, the Multimedia Group insisted that it was after the documentary that the eviction was carried out. Okay, so what did the Commission establish after listening to both parties and scrutinising the evidence adduced? The Commission says nothing in its ruling except a loud, resounding silence.

Issue Number Three: Whether the portion of the documentary that focused on the D-Eye Group exposed any acts of violence.

Why is was an issue for determination is quite difficult to understand. But as already indicated, the Commission concluded, quite curiously, that the documentary did not show the group in acts of violence and as such, it was wrong to have described them as a vigilante group.

Use of Photos and Images

Indeed, it was the Ayawaso West Wuogon by-election violence that prompted the setting up of the Justice Emile Short Commission of Inquiry and also the push for the Vigilantism and Related Offences Bill. This is what the memorandum that accompanied the Draft Vigilantism and Related Offences Bill, 2019 says: “ …there has been widespread revulsion and condemnation expressed by the public in the aftermath of the Ayawaso West Wuogon by-election. This led the President of the Republic to appoint a Commission of Inquiry, within a week of the occurrence of the unfortunate event, to investigate the matters that led to those events and make recommendations.”

The memorandum to the draft Bill states: “The object of the Bill is to disband political party vigilante groups and proscribe acts of vigilantism in the country. Recent public elections including by-elections held in the Fourth Republic have been characterised by violence particularly by-elections held in the following constituencies: Akwatia, Atiwa, Chereponi, Talensi, Amenfi West and more recently Ayawaso West Wuogon. The unfortunate incidents of politically-related and motivated violence have led to the formation, organisation and promotion of vigilante groups associated, connected or affiliated with political parties in the country.”

The Ayawaso West Wuogon incident is lucidly mentioned as being something associated with political vigilantism. A good documentary must have context and grounding. Given the above, if a journalist sets out to do a documentary on vigilantism and uses images from the violent incidents at the Ayawaso West Wuogon by-election to set the tone and to provide context, how can that be described as inappropriate use of images, unethical, misleading or a misrepresentation?

This case was an important and a high profile matter involving the government and one of Ghana's leading and influential media groups that does not only shape public opinion but also serves as a model for many other media organisations in the country. A detailed, unambiguous ruling by the Commission would have served as a reference to guide future documentary productions and journalistic practice in general. Unfortunately, this was not the case.

The ruling by the Commission appeared inconclusive and prone to all forms of interpretations. The Commission's verdict that because Multimedia had already published a rejoinder from the government on the matter, it (the Multimedia) was only to publish the Commission's ruling. This decision is quite contentious and sets a bad precedent.

As provided for in Article 162 (6) of the constitution, “any medium for the dissemination of information to the public which publishes a statement about or against any person shall be obliged to publish a rejoinder, if any, from the person in respect of whom the publication was made.”

Thus, the publication of the rejoinder from the government by multimedia was not a matter of choice by the media organisation. It was obligatory. The publication of a rejoinder does not and should not be taken to mean or constitute an admission of guilt or misconduct on the part of media organisations. Otherwise, there would have been no need for a complaint to the Commission by the government after the rejoinder was published by Multimedia Group.

The publication of a rejoinder by media organisations, which is obligatory, is not, cannot and should not be made a substitute for reprimand or sanction by the Commission. Otherwise, it is only when media organisations fail to comply with the constitutional obligation of publishing a rejoinder that the filling of a complaint at the NMC will become necessary.

So why the NMC could not or did not grant the government's demand for a retraction and apology is certainly puzzling. Well, we look forward to future decisions of the Commission. In the future, will the Commission order a retraction and an apology if it is established or known that a media organisation accused, had actually published a rejoinder from the complainant prior to the latter's application to the Commission? The future will tell.