Enough Of the Politicians taking Ghanaians for granted 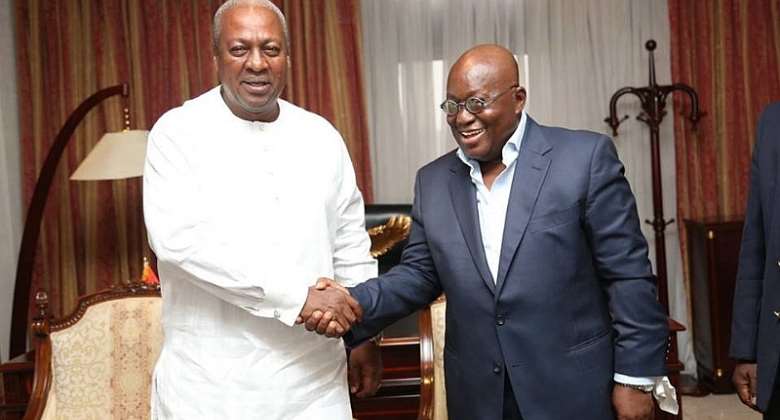 After a hard day’s work yesterday, I returned home to perform my evening prayers and ate the chicken sandwich that I purchased on my way home. I then sat quietly over my reading desk to prepare for my next day lecture on Economic Growth. As I read through the books, I suddenly heard a loud noise. Shortly after, all I could see were Ghanaians jubilating on the streets and moving towards the direction of the independence square.

The youth of the nation had besieged the Jubilee/Flagstaff House and Parliament. There was an announcement on media houses of the new government in power and the changes it intends to make in the lives of the ordinary Ghanaians. The new regime proposed changes were simple and straight forward.

First, the regime wanted to reduce the size of ministers to 60 (30 ministers and 30 deputies):

The remaining are the 16 regional ministers and their deputies. There would be no need for a 998 Presidential Staffers and 123 ministers for a country smaller than the size of Nigeria, China and India, yet with a government size bigger than all of them. These proposed cut in government size is to reduce the wage bill and avoid waste of tax-payers money. Another reason would be to do away with the practice of creating “job for the boys’ positions and ministries” which ends up being redundant.

The government also wanted to amend the constitution to put a cap on the number of ministers that can be appointed by a sitting president, so as not for citizens to wake up one day to 200 ministers by another government. For no one ever thought we would have a jump from 80 plus ministers in previous regimes to 123 ministers. The new government didn’t stop there; it wanted to amend the constitution and reduce the minimum presidential age to 30 years, set a term limit for MPs, scrap off ex-gratia for returning MPs, pass a law to ban government appointees from seeking medical care abroad with tax-payers money and also create a national center for petitions.

Foreign Companies would be invited to partner with Ghanaian companies to build and network all roads, Highways and Railways in the country. Foreign Companies would also be invited to partner with Ghanaian counterparts to make electricity, health, and water available in quality to every Ghanaian (whether rich or poor), just as it is accessible 24/7 in countries such as Rwanda, America, UK, Dubai and others. Agriculture would be commercialized to enable more unemployed graduates to take advantage of that sector. The educational curriculum would be reviewed to find a better alternative to “Double-track” and unskilled graduates’ unemployment from the universities.

On revenue generation, the government didn’t want to go globe-trotting for borrowing. It wanted to get value in money for the country’s existing natural resources. Also, the new government didn’t plan to raise more taxes and burden the poor masses. It wanted to strengthen the existing revenue collection agencies and seal all the leakages in the “system” to be able to collect the needed taxes to meet the 15% minimum tax-revenue limit that is needed to enable the country to achieve the sustainable development goals by 2030. Aside domestic tax revenue, the government also wanted to unlock the investment opportunities for more Public-Private Partnerships to meet all the developmental challenges confronting the poor masses. Additional tax-revenue sources such as taxing Ghanaian born dual citizens abroad would be implemented. However, this policy will be implemented together with the policy of allowing Ghanaian born dual citizens to contest elections and hold political position in the country.

Hottest Photo Reports
Catch up with all the political quotes from our politicians.
Advertise here
More from Fiction
ModernGhana Links
Dogs On Strike
The “Apartheid-Whirlwind” that Capsized the Canoes in my Village
Fearless; A short fictional story by S Kojo Frimpong
TOP STORIES