Why Nigeria Is Not A World Power 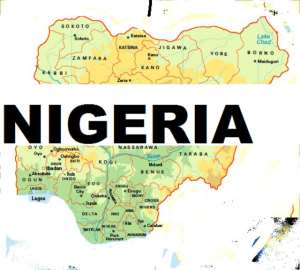 By all standards, Nigeria should have been reckoned with as a world power. This is due to its population, size and natural endowments, not to talk of the high calibre of manpower in the country.

An objective assessor would easily classify Nigeria as a world power, given her contributions to liberation movements in Africa and her Peace-Keeping Missions in Congo in nineteen-sixty-two, in Sri-Lanka and her contributions to democracy in Liberia and Sierra-Leone. Amidst these achievements, the democratic structures in Nigeria still remain fragile.

Scholar of International relations believe that Nigeria possesses most of the tangible elements of state power, but these elements have not been harnessed for national greatness.

One of the determinants of national power is population. Nigeria is generously endowed with a huge population estimated to be two hundred million people. The question to ask is: What percentage of the population is productive? What skills do we possess that are relevant to the world of work? How has Nigeria translated her massive population into a people that can contribute to economic growth? These are the reasons we always have negative statistics such as high unemployment rate, low per capita income, less than desirable Gross Domestic Product, high mortality rate and lack of industrialization?

The irony however is that, over the years Nigeria cannot feed her growing population. Whereas about seventy percent of the population is engaged in agriculture, it is merely subsistence in nature.

At present, Nigeria is the greatest importer of rice in Africa and the second greatest importer of rice over the world. Thus, Nigeria is not self-sufficient in food production. The situation has been worsened by the several policy summersault, from the “Green Revolution” to the “Operation Feed the Nation” era, it was a tale of woe, and an unmitigated disaster. Every world power should be able to feed her population. But Nigeria cannot. Nigeria’s economy is so bad that the our leaders take loans to pay salaries.

Nigeria has low technology and a small military on a comparative basis. The most buffeting is that Nigeria import all arms, ammunition and weaponry, armoured carriers and other sophisticated arms. The logical implication is that Nigeria does not have the military capability to wage war on any country. There is no doubt that we can only be temporary members of the United Nations Security Council.

In the past, Nigeria was involved in Peace-Keeping Missions, but not without the aid of the world powers. Military experts espouse that Nigeria has not invested enough in her military establishment. Others assert that the Nigerian military needs adequate training to up-date herself in the art of warfare.

In addition, Nigeria must equip herself enough to fight insurgency, such as the Boko Haram insurgency and the creeping Al Qaeda movement in parts of the country. All these has disqualified Nigeria as a world power, even though potentially, Nigeria is a potential world power if her resources are harnessed.

Ostensibly too, there are some intangible elements of power, which are lacking in Nigeria too. Nigeria lacks quality national leadership and mass citizen mobilization. This is the reason why good governance appears to have eluded Nigeria, as may be expressed in transparency, accountability and the rule of law.

For the past two decades, Nigeria’s diplomacy has been very weak. The xenophobic attacks in South Africa, the denial of American visas to Nigeria, the execution of Nigerians in Saudi Arabia, Singapore and Malaysia indicates that Nigeria’s diplomacy is regressing from limping hopes to utter despair.

For example, Nigeria maltreats her citizens but provides better conditions for foreigners resident in the country. Our Afro-centric diplomacy is no longer tenable. What advocates are canvasing is economic and citizen’s diplomacy, where living conditions will be improved for Nigerian citizens.

In conclusion, Nigeria has a weak military, a street-beggar economy, with more than eighty-seven million persons living below the poverty line.

We have a leadership that is “undemocratic” which is high on promise but low on delivery of services. And until Nigeria embraces technology, strengthens her military and build sustainable institutions, it may be many light years away for Nigeria to adopt the New Innovation System. Nigeria deserves to operate a virile and strategic diplomacy to move along the lines of other developing countries.