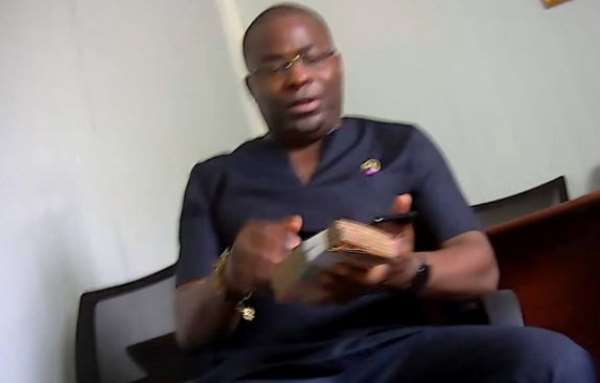 Accra, 22 July 2019 - Tiger Eye P.I. has become aware of a purported statement from the Criminal Investigative Department (CID) of the Ghana Police Service which suggests that the Police is no longer interested in investigating the “Galamsey Fraud Part 1” undercover investigations undertaken by Tiger Eye P.I.

Although it is framed in language suggestive of the exoneration of Mr Charles Bissue and Co of fraud and abuse of office, Tiger Eye P.I. welcomes the decision of the Police to remove itself from the investigations. This is because the involvement of the Ghana Police Service in the said investigation has been nothing but needlessly duplicitous and superfluous and a total waste of resources.

Tiger Eye PI understands the police to be saying that it does not have the required evidence which is properly before the Office of the Special Prosecutor and so it is only fair that the police discontinue with its work and focus on other equally important tasks including finding the killers of Ahmed Hussein Suale, a journalist with Tiger Eye P.I., who was murdered in cold blood in January 2019 as well as the missing Takoradi girls and other seemingly cold case files. Tiger Eye P.I. assures the Ghana Police Service of its continuous support to uncover some of these crimes.

So far as we are concerned, the matter is still under investigation and we await the final outcome of the process by the Office of the Special Prosecutor. We are grateful to the Ghana Police Service for graciously bowing out of the matter since its involvement has been an unhelpful distraction.