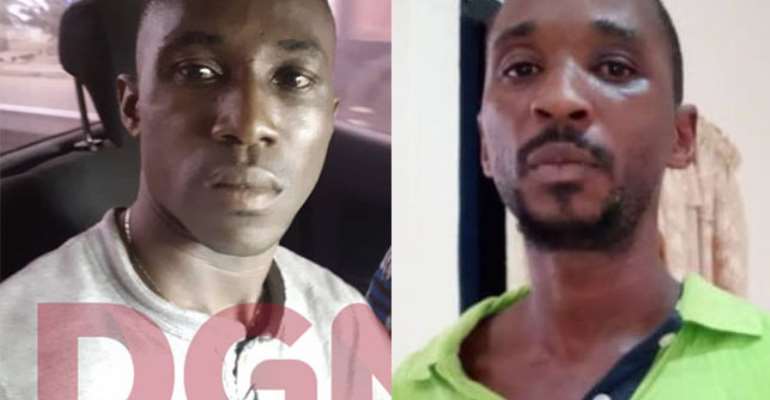 For the first time, the two suspected kidnappers of the three Takoradi girls have appeared in court for their long-awaited trial to commence.

The two, Samuel Udoetuk Wills, 28, and his accomplice, John Oji, 29, arrived at the Sekondi High Court in a tinted police vehicle and with their heads in hoods amid tight security yesterday.

Samuel Udoetuk-Wills has already been sentenced to 18 months' imprisonment to run concurrently for escaping from lawful custody and causing damage to public property by a Takoradi Magistrate Court. He is coming back alongside Oji to be tried in the substantive case of kidnapping.

Oji, who was arrested in neighbouring Togo through a special operation by the Ghanaian Police, has been charged with conspiracy and kidnapping.

Yesterday in court, Adelaide Kobir eWoode, who led a team from the Attorney General's Department, told the court that John Oji's name had been mentioned in connection with the kidnapping of the three girls in Takoradi.

The Sekondi High Court, presided over by Justice Hannah Taylor, remanded him and asked that the two suspects be brought together at the next adjourned case on July 24.

The prosecutor told the court that they needed to make some amendments on the charge sheet since there had been some new developments and also indicated that the accused persons ought to have legal representation.

The suspects were quickly whisked away in a Ford Pickup vehicle by a team of gun-wielding police officers.