"I Was Tortured. I cried like a baby" --gordon offin-amaniampong writes 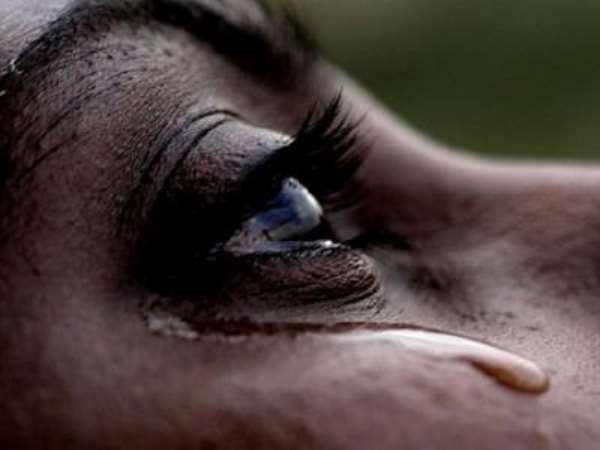 Still trying hard to wrap my head around this story. Indeed I could understand why Saul got spanked on the Damascus road..he'd wicked intention--to persecute the disciples.

Perhaps, I could also understand, if this had happened in a failed state say, Yenmen or under a rogue regime in Somalia.

But how could I understand this one-- torture and beatings of journalists by state security operatives under the Fourth Republic?

Of course, the Ghanaian media had once had its dark days. The days when the Fourth Estate was cowed, 'shitbombed' and muzzled. Journalists were jailed and pistol-whipped. Dissenting views were suppressed.

Again, how did this one happen under the watch of the NPP administration---a party known to be media friendly?

Obviously, something isn't right. But what is it?

Is this the administration that expunged the criminal libel law from the books awhile back?

It sounds like events of the exilic period, where the captives were forbidden to sing the Lord's song in a strange land. They were virtually censored and censured.

Indeed when a man says he cried like a baby, that means he CRIED.

Emmanuel Ajarfor Abugri, the Deputy Editor of online news portal ModernGhana, says he was tortured and beaten by National Security operatives while in detention.

This followed a raid of the office and the subsequent arrest of Mr. Ajarfor Abugri together with Emmanuel Yeboah Britwum, a reporter,.

According to the deputy news editor he was arrested by National Security operatives and was tortured and beaten while in detention.

Mr Abugri, who was released on Saturday, 29 June 2019, said he was not spared by the operatives as they took turns to hit and taser him, he claimed.

What did they really do?
The National Security says they arrested the two in relation to cybercrime and hacking allegations. But Mr. Bugri has debunked that account. He says the questions posed to him while in detention had no links to those claims.

The journalist noted that he was rather questioned on a critical article his outfit published about the National Security Minister, Mr Albert Kan-Dapaah, and the governing New Patriotic Party’s MP for Effutu Constituency, Alexander Afenyo-Markin in relation to happenings at the University of Education, Winneba (UEW).

The siege
On Thursday 27 June, gun-wielding officials stormed the office of ModernGhana and bundled the two journalists away.

According to local media reports their heads were covered with a black bag.

Mr Abugri told the media he was slapped, punched and assaulted for hours till the point where he struggled to breathe.

“They questioned me for about an hour and then the beating started because they said I have to confess. I was tortured; every question came with a slap. When they ask anything and before I could say anything then the slaps,”

According to him the operatives got angry and intensified the assault on him any time the national security officials were unconvinced about his responses to their questions.

“When I give an answer and they are not satisfied then they give me a slap. They used the electrical shocker to shock my body”, he narrated, adding: “From there, they made me go through the military style where I have to lean against the wall with legs up and head down as if I'm doing a press up then they gave me a huge slap at my back then I fell and one guy used his elbow on my backbone”.

He continued: “I could not breathe for a while, so, I had to open my mouth and gasp in the air so I could survive and I cried like a newborn baby telling them I was innocent.”

Mr Abugri said one of the articles in question was received through a third party and published because it satisfied the editorial policy of ModernGhana.

He said the other story was written out of a press release.

'Pushing for nuclear power in Ghana is wasteful and ill-advi...
30 minutes ago