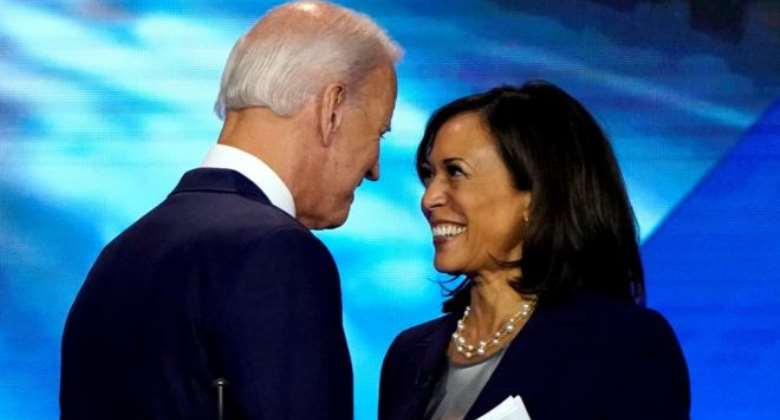 Jack likes to bait his opponents with red meat.
And his base loves him to pieces. He boasts about how smart he is, how successful or rich he's and how he's more handsome than everyone in the whole world.

In the race to the White House, Jack filled our ears with all kind of things. Concocted stories. Pointless allegations and outrageous arguments. Jack demonized the Democratic Presidential candidate Biden (now President-elect) and called him 'Sleepy Joe.'

And was/is he?
No, he wasn't. It was rather loud-mouth Jack who was caught napping like a sloth. The maverick lost his bearing in the thick of affairs. How? Jack had put all his eggs in one basket (the Trump base).

On the contrary, Joe broadened his base and asked his supporters to vote early (by mail) ostensibly to avoid overcrowding in the midst of the deadly pandemic.

It is worth noting that even before the race began Jack was talking about vote suppression and rigging.

What an irony! Who should cry foul, the guy in opposition or the incumbent who's piloting the airplane?

The much-anticipated race took off on Tuesday 3. November. Turnout was massive. And from the get-go, it appeared Jack was untamable. He began to rack up the numbers.. And as the Trumpians honked their horns and vuvuzelas, Jack got carried away. His impressive performance early on, in states such as Florida, Texas, Ohio made him smile like a monk at a wedding ceremony. That lead was short-lived. Jack had taken his foot off the pedal and laid down to catch a sleep.

Does that ring a bell?
Jack had fed his favourite pets-- ego and complacency. Unbeknownst to him that Joe had taken the monumental fight to his backyard---the battleground states--Georgia, Arizona, Nevada, Pennsylvania and North Carolina. Joe would capture Wisconsin too!

Things would get giddy from hereon. The stage was all red. But in no time Joe would dye it all blue.

With his eyes fixated on the ball, Joe unleashed his well known deadly punches one after the other. And by the time the umpire, the observers, poll watchers, analysts and news outlets announced that the race was over, Jack had been punched-drunk. The French would say Ces fini. Joe Biden had flipped the battleground states to secure the presidency. On Saturday 7, November 2020 Joe became the 46 American President.

It reminds me of this legendary Akan story:
The race between the hare and the tortoise.
Who won? God gave the tortoise horsepower and he came out victorious.

Indeed, the Scranton child of Irish descent has given his Scottish- American neighbour a shock of his life. Jack fears defeat, he likes to win always. It tuned out the storm Biden was too powerful. It's a lesson all must heed. Mind you, if wishing could make things happen, then even the wimp would have everything they wanted.

Would Jack give concession speech?
I'm not sure if he's going to that. It seems he's still licking his wounds. Maybe he will reconsider it and do that which is fitting and honourable. Or maybe not.

Jack, let me remind you, this isn't about you.
It's about America, the people who gave you the political mandate. Think about them, spread the love and reciprocate the gesture.

I still want to know: Have you figured it out yet? Would you or would you not? If no, why and if yes what are you waiting for?

Anyway, I think you should know by now that Joe is not a lame duck.. He is slow but sure. Joe has got the power and tenacity to make things happen. So, I put it to you again: Have you figured it out yet or you're bent on filing lawsuits?

And oh,, please let me know if you want a faster gander. Because the umpire has already called the race for the Scranton child of Irish descent. And I know it's over. The people have spoken. That's exactly what I thought too. Who fights over spilt milk?

My fellow Americans, the people of this nation have spoken.

They have delivered us a clear victory. A convincing victory.

A victory for “We the People.”
We have won with the most votes ever cast for a presidential ticket in the history of this nation -- 74 million.

I am humbled by the trust and confidence you have placed in me.

I pledge to be a President who seeks not to divide, but to unify. Who doesn’t see Red and Blue states, but a United States. And who will work with all my heart to win the confidence of the whole people.

I sought this office to restore the soul of America. To rebuild the backbone of the nation -- the middle class. To make America respected around the world again and to unite us here at home.

It is the honour of my lifetime that so many millions of Americans have voted for this vision. And now the work of making this vision real is the task of our time.

As I said many times before, I’m Jill’s husband. I would not be here without the love and tireless support of my wife, Jill, Hunter, Ashley, all of our grandchildren and their spouses, and all our family. They are my heart.

Jill’s a mom -- a military mom -- and an educator. She has dedicated her life to education, but teaching isn’t just what she does -- it’s who she is. For America’s educators, this is a great day: You’re going to have one of your own in the White House, and Jill is going to make a great First Lady.

And I will be honoured to be serving with a fantastic vice president -- Kamala Harris -- who will make history as the first woman, first Black woman, first woman of South Asian descent, and first daughter of immigrants ever elected to national office in this country.

It’s long overdue, and we’re reminded tonight of all those who fought so hard for so many years to make this happen. But once again, America has bent the arc of the moral universe towards justice.

Kamala, Doug -- like it or not -- you’re family. You’ve become honorary Bidens.

And especially for those moments when this campaign was at its lowest -- the African American community.

I said from the outset I wanted a campaign that represented America, and I think we did that.

And to those who voted for President Trump, I understand your disappointment tonight. I’ve lost a couple of elections myself.

The Bible tells us that to everything there is a season -- a time to build, a time to reap, a time to sow. And a time to heal.

This is that time for America. A time to heal.
Now that the campaign is over -- what is the people’s will? What is our mandate?

Our work begins with getting COVID under control.
We cannot repair our economy, restore our vitality or relish life’s most precious moments -- hugging a grandchild, birthdays, weddings, graduations, all the moments that matter most to us -- until we get this virus under control.

On Monday, I will name a group of leading scientists and experts as Transition Advisors to help take the Biden-Harris COVID plan and convert it into an action blueprint that starts on January 20th, 2021.

That plan will be built on a bedrock of science. It will be constructed out of compassion, empathy, and concern. I will spare no effort -- or commitment -- to turn this pandemic around.

Let this grim era of demonization in America begin to end -- here and now.

The refusal of Democrats and Republicans to cooperate with one another is not due to some mysterious force beyond our control. It’s a decision. It’s a choice we make.

That’s the choice I’ll make. And I call on the Congress -- Democrats and Republicans alike -- to make that choice with me.

America’s story is about the slow, yet steady widening of opportunity. Make no mistake: Too many dreams have been deferred for too long. We must make the promise of the country real for everybody -- no matter their race, their identity, their ethnicity, their faith.

America has always been shaped by inflection points -- by moments in time where we’ve made hard decisions about who we are and what we want to be.

And twelve years ago -- when Barack Obama made history -- and told us, “Yes, we can.”

We stand again at an inflection point. We have the opportunity to defeat despair and to build a nation of prosperity and purpose. We can do it. I know we can.

Tonight, the whole world is watching. I believe at our best America is a beacon for the globe. And we lead not by the example of our power, but by the power of our example.

I’ve always believed we can define America in one word: Possibilities.

That in America everyone should be given the opportunity to go as far as their dreams and God-given ability will take them.

This is a great nation. And we are good people. This is the United States of America. And there has never been anything we haven’t been able to do when we’ve done it together.

In the last days of the campaign, I’ve been thinking about a hymn that means a lot to me and to my family. It captures the faith that sustains me and which I believe sustains America.

And I hope it can provide some comfort and solace to the more than 230,000 families who have lost a loved one to this terrible virus this year. My heart goes out to each and every one of you.

“And He will raise you up on eagle's wings,

Bear you on the breath of dawn,
Make you shine like the sun,
And hold you in the palm of His Hand.”
And now, together -- on eagle’s wings -- we embark on the work that God and history have called upon us to do.

With full hearts and steady hands, with faith in America and in each other, with a love of country -- and a thirst for justice -- let us be the nation that we know we can be.

God bless you. And may God protect our troops.
Joe Biden
By Gordon Offin-Amaniampong