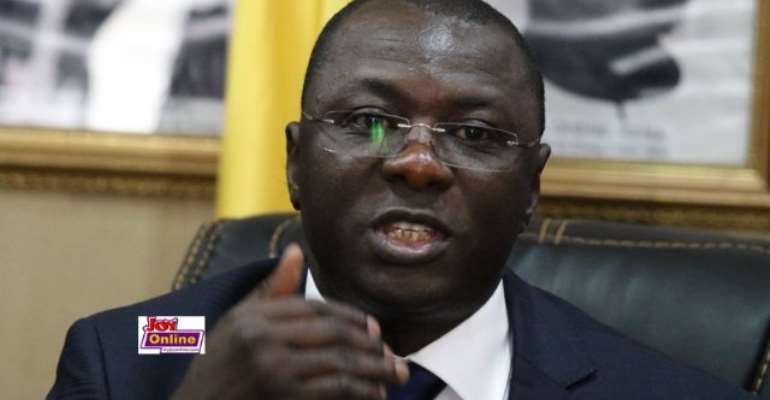 Dr Mohammed Amin Adams is Deputy Minister of Energy, in charge of the petroleum sector

Government has brought back the goal of universal access to electricity in a bid to create an enabling environment for its acceleration.

Dr Mohammed Amin Adams, Deputy Minister of Energy, in charge of the petroleum sector, revealed this when he read a speech on behalf of Mr John Peter Amewu, Minister of Energy, at the opening of the Ghana Universal Access and Mini-Grids session of the Fifth Mini Grid Action Learning event.

He said having the right resources such as human capital, the right policies and business models, were critical ingredients for the scaling up of mini-grids electrification.

"However, to fast track the process to achieve Sustainable Development Goal (SDG) 7.1, which is global universal electrification access, critical thinking and analyses, as well as innovation and flexibility are essential," the Deputy Minister noted.

Dr Adams noted that it was crucial for Ghana to approach the mini-grid electrification agenda from a multi-tier perspective, "where the wholesale one-sided interventions and models are discouraged."

He noted that according to reports, even though global access presently stood at approximately 90 per cent, an estimated number of about 800 million people would still be without access post-2030, and over 95 per cent of these people would be in sub-Sahara Africa.

The Deputy Minister said many countries in Africa had national electrification access rates below 20 per cent, which would not provide the ideal environment for accelerating economic growth and development.

Dr Adams said decisive and timely solutions were needed, "if we must avoid the post SDG7 pitfalls, and our solutions must be homegrown and supported by well-meaning partners."

He said the government was ready for the full implementation of 55 new mini-grids for Islands and Lakeside communities in the Sene East, Krachi East and West, Pru, Nkwanta North and South, Gonja Central, East and West and Krachi Nchumuru Districts from 2020, under a $230 million 'Investment Plan for the Scaling -Up Renewable Energy Programme’ to be funded by the Climate Investment Funds.

Mr Ivo Imparato, World Bank Programme Leader for Sustainable Development read a speech on behalf of Mr Henry Kerali, World Bank Ghana Country Director, in which he praised the Government of Ghana for taking steps towards the electricity access to all agenda.

In this sense, the World Bank is willing to collaborate with other development partners to complement the efforts of the Government to reach universal access by 2030.

The four-day event is being jointly organised by the Government of Ghana, World Bank, the Energy Sector Management Assistance Programme (ESMAP), the Climate Investment Fund, the Scaling up Renewable Energy in Low-Income Countries Programme (SREP) and the Department for International Development (DFID).