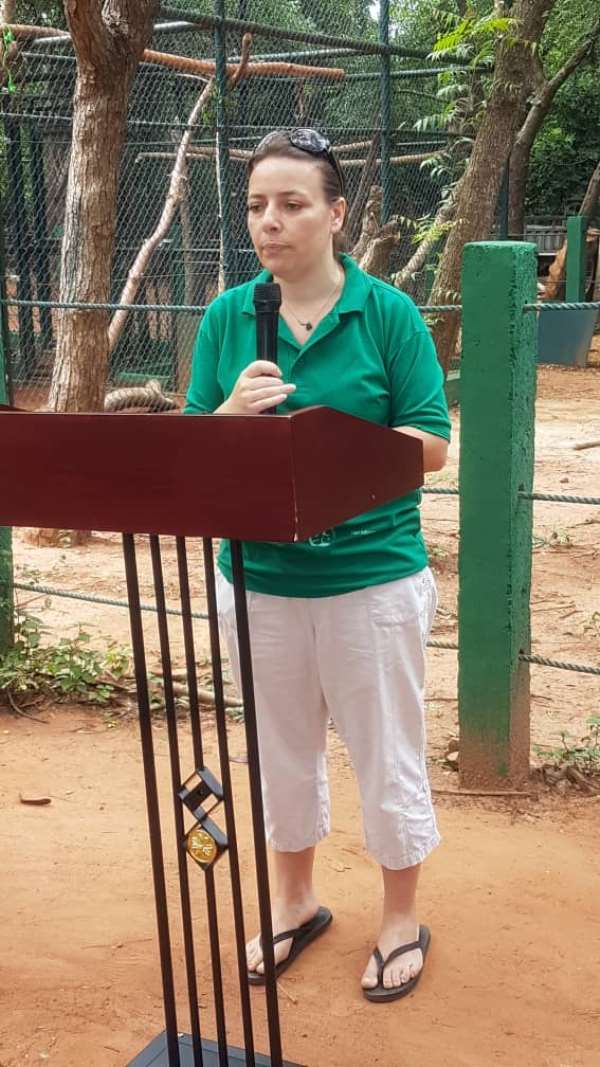 The West African Primate Conservation Action (WAPCA) in Accra has unveiled a refurbished Endangered Primate Breeding Centre at the Achimota Forest Reserve to mark 11 years of the existence of the centre.

WAPCA, as a research group, conducts multi-disciplined research in collaboration with local and international Universities to improve welfare of captive centres and understand the primate landscape across Ghana and how best to protect it.

"Founders confiscated from the pet trade contribute a generically unique blood line to the European Breeding programme ensuring sustainability of the captive species. Our new 0.4 forested enclosure is the first step in our reintroduction feasibility study, as they habituate back to the Wild in this large natural environment".

WAPCA further noted that, Deforestation rate in Ghana is one of the highest in Africa and the world, illegal mining, locally known as Galamsey, has resulted into climate change and the chemicals used to obtain the minerals filter into the ground contaminating the water bodies and ultimately into the food chain which is a treat to the primate and Biodiversity.

With the theme; Our Forest, Our Future, WAPCA caution Farmers to desist from Poor agriculture practices which results in areas of forest been cleared are a main diver of deforestation and land degradation.

"The excessive use of fertilizer is in addition a great contributor to Greenhouse emissions and poisoned waterways".

According to the Accra Zoo Manager, Mr. Stephen N.D Tamanja, the Zoo which serves as a tourist attraction and Educative research centre is no longer immortalized because people has the perception that, Accra zoo no longer exist.

"The mentality that Zoo does not exist should be washed away, we have about 6 - 7 species of animals. We have Lions, Snake, Monkeys, Birds and others".

He added that, the management aimed at expansion of Accra zoo where the Zoo can have more species which construction is ongoing in the forest.

Mr. Stephen N.D Tamanja appealed to NGOs, Government and the Public to donate help support the species, being it Financial, Food items among others.

W/R: Five wounded after residents of Ampatano and Kamfakrom ...
13 minutes ago