Matters of Water: Dubious Approvals and the Adani Carmichael Mine 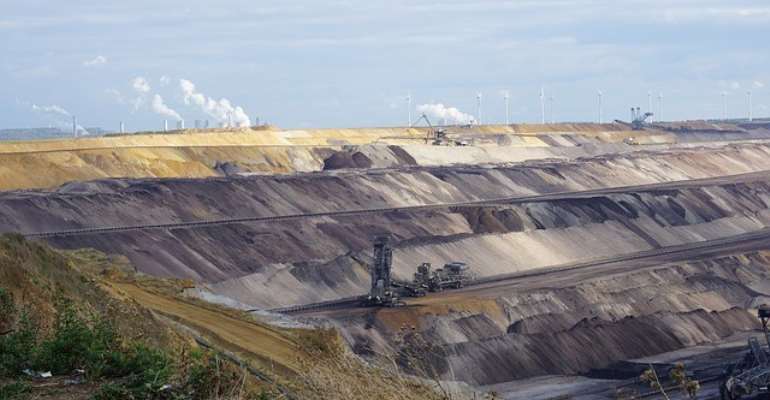 “When a company wields such power that it can cause a Minister to rush an approval process, cut corners and make significant errors, it is cause for serious concern.”

While the proposal is of a diminished monster, the travails over Adani’s efforts to open up the Galilee Basin in Queensland to mining have yielded fruit. Brute corporate strength, and the customary cowering of politicians, has seen an Indian mining giant gain approval for the construction of the Carmichael mine. Many a stick and carrot were procured in the endeavour, and the outcome of the ballot box in May, returning a pro-coal Coalition government, was always going to have some propulsion.

The environmental aspects of the case have been gradually sidelined and placed in storage. Prior to the federal election, Queensland’s Labor government was expressing reservations, suggesting stonewalling and vacillation. A divide between the metropolitan centre and the rural areas was being teased at the federal level: areas, where a mining development might create jobs, was touted as a drawcard; the metropolitan centre was deemed indulgently green, coffee-sipping and distant.

The drawcard aspect was trumpeted by the Queensland Resources Council: “The Adani Carmichael mine is one of six in the Galilee Basin that could create tens of thousands of jobs in construction and operation and deliver billions of dollars in royalties over their working lifespan.” At the same time, there were concerns about irreversible environmental damage, the sort that could only be dealt with by means of management plans. The versions, and delays, proliferated.

This left the state Palaszczuk government, despite a fear of wobbling, still keen to let the Queensland environmental regulator decide, a vain attempt to keep politics out of the equation. The season was not a good one for the thorough minded. The federal government had essentially muzzled the then Environment Minister Melissa Price prior to the election, weighing upon her to approve aspects of the project. It was then left to the state government to consider the water management plans.

All sense of permitting the regulator to engage in its quest unmolested were banished by Premier Annastacia Palaszczuk. The electoral outcome at the federal level had unhinged her. She was “fed up” at delays at both federal and state level. The Environment Department was given the due hurry up. Last Thursday, the approval for Adani came through. Queensland Environment Minister Leeanne Enoch, rather unconvincingly, suggested that the process had been robust and cognisant of “some of the most rigorous environmental protections in the country”. Former general manager for water allocation and planning in the Queensland government Tom Crothers saw it differently. “Science has been thrown in the bin for political expediency.”

Federal Resources Minister Matt Canavan, who remains cocooned by environmental denial and coal rich nirvana, was visibly delighted at this next stage in the Adani saga. “It has been more than 50 years since a new coal basin has opened in Queensland, so this development is of huge importance to the economic future of Queensland.”

Adani Australia’s chief executive Lucas Dow expressed his “excitement” as well he might but seems to have put the cart well ahead of the horse in terms of the number of jobs promised. A number he previously subscribed to was 1,500 direct jobs, to be made in north and central Queensland. Another 6,750 indirect jobs would spring forth during “the ramp-up and construction phase”. But numbers, as they can in any induced fantasy, vary.

Deputy Nationals leader Bridget McKenzie has claimed that a hundred ongoing jobs could be assured while Federal Nationals MP Michelle Landry, despite championing the mine as a creator of votes in her seat of Capricornia, professes to having no idea about numbers.

Not all pro-coal voices have warmed to the decision. Alan Jones, who rules the Sydney airwaves from the 2GB radio station made the obvious point that the Queensland Environment Department “would have been under massive political pressure to approve Adani’s groundwater management plan.”

There are, however, several knotting twists. No actual digging of coal will take place till pipeline and railway matters are sorted out, though box cut mining may take place at the site itself. Then comes the understanding that the mining company will do further work over the next two years to identify alternative sources of that most precious of resources: water. Giving Adani approval to mine may be tantamount to sentencing the Permian aquifers (Colinlea) to extinction, a point that featured in the Queensland Environment Department’s order that the mining company install a new bore. Further approvals will be needed regarding the impact on the Doongbulla Springs.

As Jones points out, “hydrogeochemical analysis of groundwater from different springs” will be undertaken, suggesting that approval, while it has been granted, has been done in circumstances of considerable ignorance: “no one seems to know what will happen to [the] groundwater.” The new bores will also be subjected to isotopic analysis and air sampling.

The contingent nature of any such analysis has coloured the overall assessments, further suggesting the dangers in any continuation of the project. When the Queensland Environment Department consulted the scientific bodies of CSIRO and Geoscience Australia, it received little in the way of certitude. Both “confirmed that some level of uncertainly in geological and groundwater conceptual models always exists.”

Another twist is a legal one. When Price had the federal portfolio, she decided, all too conveniently, to ignore the “water trigger” feature to the pipeline element of Adani’s proposal, one that would require 12.5 billion litres of water a year. Deemed an essential feature in assessing the impacts of large coal and coal seam gas projects on water, Price avoided it altogether. This led to a challenge from the Australian Conservation Foundation in December 2018.

The case duly expanded to incorporate an additional dimension. Wading through public submissions, especially in the order of 2,200, takes time, and expedient politics, by its nature, resists care and consideration. One tends to rule out the other.

In an underreported feature of the approvals, last week’s legal victory of the ACF in the Federal Court against the assessment of Adani’s North Galilee Water Scheme shifted focus back to the federal government. As ACF’s Chief Executive Kelly O’Shanassy put it, “The government conceded it did not properly consider more than 2,000 public submissions from Australians with concerns about the mine and the water scheme.” Submissions had also gone missing. The environmental laws had been applied with carefree shoddiness. The result is that the proposal will return for consideration by the new Environment Minister, Sussan Ley.

The road is a potted one, but the opening of the Galilee Basin will be, not merely an environmental crime but one inflicted with irresponsible futility. Sensing that point, the banks and insurers have already ruled themselves out in funding the venture. Indian demand for coal will diminish, however much it is being heralded now as a moral entitlement to development, and the white, albeit dirty elephant that is Adani’s mining project will remain a travesty of optimistic human barbarism.