Bawumia, The Only Solution To Corruption: Let All Ghanaian Politicians Go Wash In The Pool Of Siloam 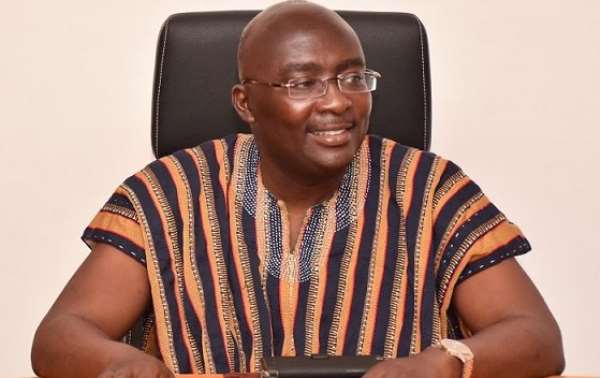 On Mount Afadjato, yesterday, I heard the voice of the Vice President of the Republic of Ghana, Dr. Mahamudu Bawumia, talking about policies and programs implemented by the current Ghanaian leader, Nana Akufo Addo, to eliminate an incurable disease which was brought into the world, including Africa, when Adam sinned.

Since all men were, born imperfect, due to Adam’s sin, the world is now plagued by violence, crimes, lies, hypocrisy, tribalism, nepotism, greed, selfishness, and corruption. Therefore, from the top of the mount, according to Bawumia:

“The administration of Nana Akufo Addo has, in just two and half years of being in office introduced systems and institutions designed to reduce human interface in service delivery, while significantly increasing the resources available to anti-corruption agencies in an all-out effort to cut out waste and eliminate opportunities for corrupt practices.” – ModernGhana news reference.

From the time I became interested in Ghanaian politics, I have liked Dr. Mahamudu Bawumia. Even though I respect our Ghanaian leader, Nana Akufo Addo, I liked Dr. Bawumia more than our leader due to two particular reasons.

Firstly, Nana Akufo Addo knows that Bawumia has sugar-coated tongue and has the ability to convince everyone, the reason he chose Bawumia to be the Vice-president. How can he convince the suffering Ghanaian population that the NPP government is fighting corruption when many even don't know where their meal will be coming from? Any time I visit Ghana I see the real grim of some suffering Ghanaians.

The second issue is the smooth nature of Bawumia’s face, which reveals that he is an uptown-baby who doesn’t know what suffering is, courtesy to Max Romeo. Frankly, speaking Bawumia doesn’t feel the pain of what many ordinary Ghanaians are experiencing.

He wants Ghanaians to acknowledge the fact that Nana Akufo Addo government has finally found a solution to uproot that evil cancerous disease, corruption, which from the time Ghana gained independence, has ruined the economy, retard the nation’s progress and placed many Ghanaians into a permanent state of penury and poverty.

"When the land digitization process is complete we will also virtually eliminate corruption at the Lands Commission.

“As you may be aware, at least 21 former public officials are currently on trial for alleged corruption-related offenses.

“We have passed the necessary legislation and appointed a Special Prosecutor to deal with exceptional cases of corruption.

“As the heads of the Audit Service, CHRAJ and other anti-corruption agencies can attest, we have provided significantly more resources in the last two years or so than used to be the case. The Auditor General just disclosed that the Service is getting threefold, the resources it used to get, now.

Dr. Bawumia, I must congratulate you over the efforts of the NPP administration in the fight against corruption in the country but quite frankly, no one can eliminate corruption in Africa, including Ghana. Even in advanced countries where electronic devices have been manufactured to accept payments, to prevent man from getting closer to money, there is still corruption.

In Europe, Over €6bn of European Union taxpayers' money was stolen by criminals in recent years and over €130m is still being lost each year, EU auditors have warned. Those were the stark figures in a report on European Union budget fraud by the European Court of Auditors, the bloc's financial watchdog.

Fraudsters stole at least €8.8bn from the EU budget between 2002 and 2016, but European Union institutions clawed back just €2.6bn, or one-third of it, the report said. They stole another €391m in 2017, according to Olaf, the European Union's principal anti-fraud agency, with the vast majority of theft in the areas of EU aid to poor regions and fisheries. Source: https://euobserver.com/economic/143877

If you read this short article above about the massive corruption taking place within the European Union, which has the best systems to fight corruption than Africa, how possible can you convince Ghanaians that your administration can be successful or has been successful with its fight against corruption Dr. Bawumia?

There is a story in the bible of which I am sure is also in the Koran about Jesus Christ healing a man born blind. According to the biblical story Jesus spits on the ground and with his saliva makes a paste and puts on the eyes of the blind man. He then asked him to “go wash in the pool of Siloam.” The man did and regains his sight.

In my opinion, the only way you can convince me or probably other Ghanaians that the NPP government has reduced or eliminated corruption in the country is to let every Ghanaian politician “go to the pool of Siloam to wash."

Avoid the hard task of smearing their body with your saliva mixed with clay, just let them go wash in the pool of Siloam, after being cured of their corruptible disease, that's enough to convince everyone that the NPP government can eradicate corruption in Ghana.