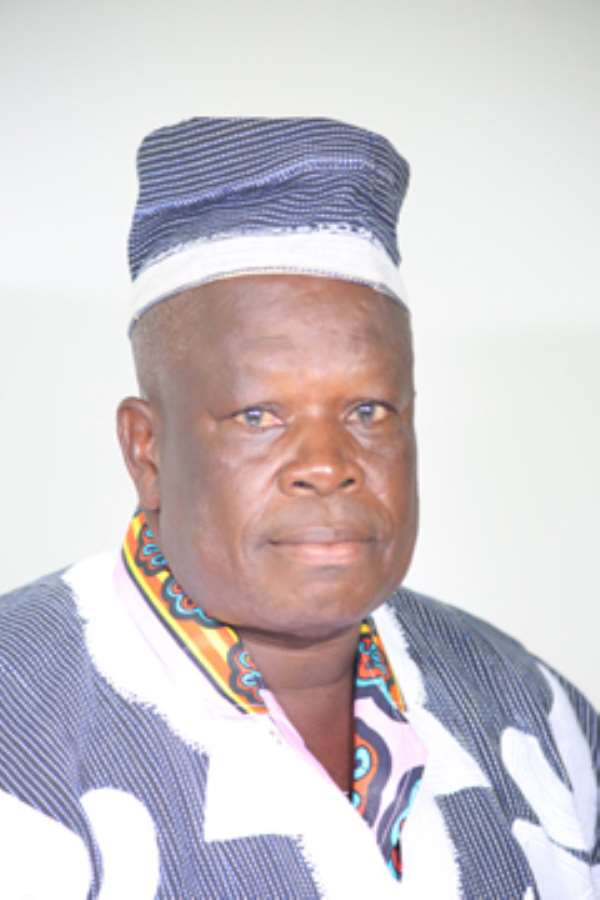 I write as the immediate past Constituency Communication Officer of the National Democratic Congress - NDC of this deprived Constituency who will never sit aloof for the party to lose the Yunyoo Constituency seat to any other political party because our constituents love the NDC party but for the poor leadership behavior of the current Member of Parliament, Hon. Joseph Bipoba Naabu who nearly lost the NDC seat to the New Patriotic Party's Oscar Liwaal in the 2016 general Elections. Prior to the 2016 Elections, the grassroots complaints were and still are, about the segregationist Joseph Bipoba Naabu's attitude towards the people. He thinks that the party can survive without some ethnic groups, some communities and some persons who were even members of the party before his sudden jump from his Pot independent candidature from 2004 through to 2008 where he was unconditionally accepted by the NDC to run the 2012 Elections which he eventually won as our first Member of Parliament. I can mention several names across the Constituency who have supposedly left the NDC for other parties while complaining bitterly of why they should continue with him.

Since Joseph Bipoba Naabu is not a 'true NDC member', many of the party structures, ideologies and functionaries are jammed up in his face; making him only recognise the few who think they cannot 'survive' without his politically but greedily gathered wealth. No wonder he does not mostly support the party's agenda, including his recent rise against His Excellency, John Dramani Mahama. Earlier this year, when all the NDC Members of Parliament had declared their inflicting support for His Excellency, he appeared antagonistic to the collective stance of the party

Yunyoo Constituency seat of our party was one of the seats that we nearly lost to the NPP but for the will of God and the intervention of some people who are now unwillingly leaving the party because of this callously assertive man misleading us. I wish to let the public know the 2016 Parliamentary results. Here are the break down of the various votes and their respective beneficiary candidates: from almost 7,000 vote difference to 325 vote difference between the two parties in four years.

3. Elizabeth Pijit Poyari, 1,625 as an NPP member who went on independent (what would have happened to us NDC if this Candidate had rallied behind Oscar Liwaal)?

4. CPP's Dauda Nafisa Fetched 300 votes and comes from a community Joseph Bipoba Naabu does not want to hear the name in his political life because of his segregationist nature in his myopic lenses of attaching unimportance to some people in the Constituency even beyond.

5. Laar Elijah Namisub, a Jimale based PPP member managed and got 250 votes. Oscar Liwaal and Laar Elijah come from the same community which makes it very conclusive that many of these votes would have favoured Oscar Liwaal if Laar Elijah had not contested, therefore dwindling our chances the more.

My village to Hon. Joseph Bipoba Naabu's village is a one and a half kilometre away. As high as the office he holds is, and the influence he should have had, the people in the Mp's village continue to languish in darkness because he has woefully failed to get his own community, including the over hundred other communities hooked onto the national grid.

All the Get fund School projects awarded to any community in the Constituency are either being divided into two and he, the MP becomes the sole contractor when many of them got brought down after erecting them or he diverts many of these into his personal projects as though he had used the MP's common fund for such. All of these are done in a shoddy manner.

The NDC is an excellent political party we can't afford to lose the seat in the constituency but our leader who has access to most opportunities is very dad and wicked. He sells out his Scholarship or whatever opportunities he gets to other people outside the constituency rather than empowering his constituents. I challenge the member of Parliament to list the names of people whom he helped recruited into any agencies since he became our leader both in government and now in opposition. I thought, as small as the Constituency is, Joseph Bipoba Naabu could manage it better but l bow my head in total shame for him and his leadership for almost wasting our eight years in Parliament. When bad leadership hits a society, this is where we get to. Joseph Bipoba Naabu must go so that we can reshape of dear party for a total voter inclusion.

There is no Mp leadership in the Yunyoo Constituency. Our people are glued to the NDC party and are ready to resend the party to Parliament come 2020 but not when this self- centred man is made to lead the NDC party in the upcoming Primaries. Never! We have enough dedicated, well nurtured and party rooted men and women who can do undoubtedly better. He has not offered anything good for the people in the Constituency since he became our member of Parliament. He can use seconds and cause divisions yet his almost eight years in Parliament is being characterised with bad and self centred leadership. We are fed up with the divide and rule syndrome of our member of Parliament with impunity of having converted the Mp's common fund into a personal property. Human resource development is zero in the Constituency. Our Mp does not make friends with the educated ones but only makes us look little before the voter. In fact, he has become a Yunoo Constituency terror and a sole proprietor of decision taking in the rather very poor constituency.

The bad behavior of the Member of Parliament made his two biological sons, Benjamin Naabu and Emmanuel Naabu get sacked from the University of Ghana and Kwame Nkrumah University of Science and Technology both in 2012 in their 3rd years respectively. He almost bribed me when l wanted to raise these brothers' painful dismissals issue from these notable Universities when the news broke. As for what happened and he, the Member of Parliament supposedly completed the Ghana School of Law but never got graduated, l leave that to God and his own conscience. We are too loaded with 'the NDC Naabu' related troubles in the Constituency and want to put a stop to it by asking him to humbly dignify himself by not even coming to contest in the upcoming NDC primaries.

How long shall Joseph Bipoba Naabu, who is neither a Christian nor a Muslim, so far as l know, continue to use his greedily gathered wealth without the people at heart, to win the NDC primaries in the Constituency?

Our party may decide not to adhere to the content of this press statement or article but we shall not be held responsible for losing the seat if Joseph Bipoba Naabu continues to lead us after our August 2019 NDC primaries.

I think some of the NDC Members of Parliament with our MP in Parliament can bear me witness that Hon. Joseph Bipoba Naabu is not needed in the next Parliament because our dear party cannot continue with people of this calibre. I have had several complaints from his colleague MPs who think that Yunyoo Constituency should have rather, a better replacement in the nest Parliament. We must listen to their wise counsel.

The various incompetence exhibited by our Member of Parliament over the years, including the signing of a document he thought was an 'attendance sheet' instead of endorsing our lovely party Flat bearer is not exception. He had single-handedly preyed on our then candidate, His Excellency, John Dramani Mahama and always almost speaks bad English grammar on traditional Media houses anytime he wages his unusual media war against the former president. The Mp's total absence on the floor of Parliament to make our problems and plight known is another to our then government and now in opposition is yet another area that makes some of us rise against his endorsement to again represent our poor Constituency that needs a proactive leader, a leader who unites but not a divisive one like him who wants to ruin the party's future after his reign. We better be told the reality, get our way shaped and maintain our status as a party rather than playing the same games we did prior to 2016 general Elections which made us lose over 40 parliamentary seats. We shall never allow this untrue reflection of the people's will happen to us again in the Constituency. Humanity over affluence is what we need. It has no impact on us constituents.

I therefore wish to use this platform to call on delegates from the 55 branches and the wise constituency Executives in the Constituency to make a decision of no regret by VOTING OUT Joseph Bipoba Naabu during the August 2019 NDC primaries so that we can get our better and true representation in 2021. Eight years in Parliament is too much for Joseph Bipoba Naabu!