Why Extradition Of Yahya Jammeh Can Never Be Possible 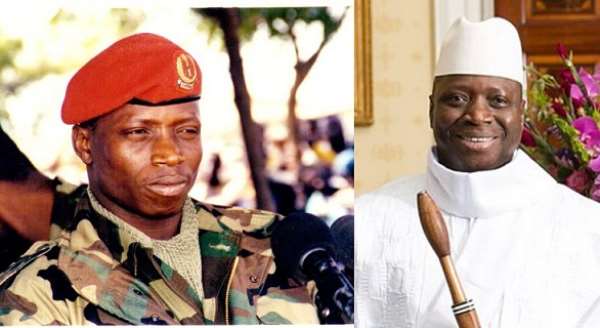 After a strenuous resistance and a long diplomatic negotiation lasting days, the ex-Gambian leader, Yahya Jammeh, who had been in power for twenty-two years, accepted to leave his country to the legitimate winner of the elections, Adama Barrow.

With his large family and several of his collaborators, he flew to Conakry, in Guinea, to meet Alpha Condé, one of the two negotiators on behalf of ECOWAS. In Conakry, Yahya Jammeh chose Equatorial Guinea as a place for refuge.

“Birds of the same feathers flock together,” they say. Teodoro Obiang Nguema Mbasogo, himself, equally ruthless like Yahya Jammeh, is one of the longest-serving African leaders in power since 1979.

Previously, a spokesman for the Gambian Ministry of Economy claimed that the ex-Gambian leader had stolen $ 11.4 million of public funds in the weeks preceding the capitulation and exported abroad illegally.

It seems Yahya Jammeh knew something might happen to him as a leader, therefore, his safety has been his main concern, especially from international justice.

For this reason, just before the elections, the ex-Gambian leader had promulgated a law that decreed the exit of the Gambia from the Rome Statute, then from the International Criminal Court (ICC), following the example of Burundi and South Africa.

He knew he is not safe so long as the chief prosecutor of the International Criminal Court, Fatou Bensouda is a Gambian too. How corrupt is the ICC anyway? After all, they preyed on only African leaders accused of committing crimes in Africa, while they ignore crimes perpetrated by foreign powers in third world countries.

Equatorial Guinea guarantees immunity to Jammeh because the Central African country has never signed the Rome Statute and therefore has no constraint or obligation towards the ICC, which secures Jammeh from a possible international arrest warrant against him.

Andrés Esono Ondo, general secretary of the CPDS, attacked President Obiang, who did not consult either the Parliament or the institutions before making his decision: "That man should face the justice of his country. How can we give him a golden exile here when he committed so many crimes in his house?”

Few months after his departure, the media reported that the former leader's assets in his home village of Kanilai alone worth $28.2m. It has also been revealed that he stole a whopping sum of at least € 322 million from the state treasury in the 22 years that he was in power.

The Minister of Justice of the country announced this after an investigation that lasted two years. The Gambia is now in a deep financial crisis following the huge amount of money Jammeh stole from the country.

The Nigerian leader, Muhammadu Buhari offered to host Jammeh but he refused, also, he could have stayed in Guinea or Mauritania because the two nations were willing to accept him to take refuge but he ignored that offers too.

Since Adama Barrow, officially detected how the former Gambian leader had emptied the government’s coffers, he now wants to extradite and prosecute his predecessor Yahya Jammeh but how can that be possible in a country that the ICC has no power to extradite any political leader?

Above all, the Equatorial Guinean leader, Teodoro Obiang Nguema Mbasogo, says he will protect former Gambian leader. This is one of the infinite sad stories about the impact of corruption in Africa.