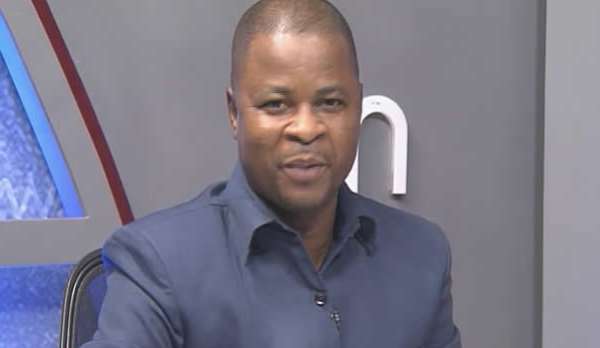 Hon. Joseph Kpemka, a Deputy Minister of Justice and Attorney General has said, per the current state of the 1992 constitution, it would be impossible to remove or amend the Indemnity Clauses.

According to him, when you read Article 299 and combine it with Indemnity clauses 34, 35 and 37, it made it impossible unless a new constitution is rewritten.

"(2) It is not lawful for any court or tribunal to entertain any action or take any decision or make any order or grant any remedy or relief in any proceedings instituted against the Government of Ghana or any person acting under the authority of the Government of Ghana whether before or after the coming into force of this Constitution or against any person or persons acting in concert or individually to assist or bring about the change in Government which took place on the twenty-fourth day of February 1966 on the thirteenth day of January, 1972, on the fourth day of June 1979 and on the thirty-first day of December 1981 in respect of any act or omission relating to, or consequent upon."

Indemnity Clause 35 reads, "(1) Subject to subsection (2) of this section, any confiscation of any property and any other penalties imposed by or under the authority of the Armed Forces Revolutionary Council and the provisional national Defense Council under any Decree or Law made by that Council, shall not be reversed by any authority under this Constitution.

What made it highly impossible for the Indemnity clause removal per Mr. Kpemka's view is Clause 37, which states, "Notwithstanding anything in Chapter 25 of this Constitution (1992), Parliament shall have no power to amend this section or sections 34 and 35 of this Schedule."

Hon Kpemka who is also Member of Parliament (MP) for Tempane, made these observations while commenting on the issue on TV3 Saturday program "THE KEY POINTS," Monitored by Modernghana.

At a durbar to climax activities marking the 40th anniversary of the June 4 uprising at Nungua in Accra, former President Jerry John Rawlings called for constitutional review to remove the indemnity clauses which he alleged promote officers to abuse their public offices for personal gains.

“Over the years the indemnity clauses have emboldened certain characters to abuse their offices and profit themselves. The constitution of the Fourth Republic was created by us, for us and to serve us, and in light of the 25 years, there is an unqualified need to reform or rewrite our current constitution. An urgent constituent assembly ought to be established with the necessary powers to rewrite the constitution,” the June 4 leader stated.

Mr Rawlings call had ignited some public debate as to how possible to remove those entrench clauses in the constitution.

Some legal experts are of the view that the former AFRC Chairman might have been referring to 1992 constitutional where certain immunity have been given to some public holders and not Indemnity clauses.

But contributing on the topic, MP for Ningo Prampram, Hon Samuel Nartey George believed the former President call for the expunging of the indemnity clauses from the 1992 constitution of Ghana was an indirect target on Mahama Ayariga, MP for Bawku Central.

Mr Ayariga, a former Minister of Environment, Science and Technology, is being prosecuted by the Special Prosecutor for allegedly evading tax and trading foreign currency exchange without authority.

According to the Ningo-Prwmpram lawmaker, Mr. Rawlings allegation that the indemnity clauses have emboldened certain characters to abuse their offices and profit themselves could not be accurate because, under the 4th Republic, many public holders have been prosecuted.

He cited the recent case of former MP for Paga-Chiana, Abuga Pele and former President, John Dramani Mahama, as examples of government officials who faced prosecution even while in office.

With such evidence under the 1992 Constitution, Sam George said, Mr. Rawlings missed the point and was only throwing shades at Ayariga, who raised the issue of immunity when he was invited to court to face charges, at a time he was in Parliament representing the people of Bawku Central.

A Private Legal Practitioner, Bobby Benson said the former President calls might have been occasioned on the fact that he does not understand the law since he is not a lawyer.

In his view, if Mr Rawlings had read the indemnity clauses and understand what it mean, his comments would have been avoided.

Anti-LGBT Bill: Let's be careful and not generate intense ha...
41 minutes ago