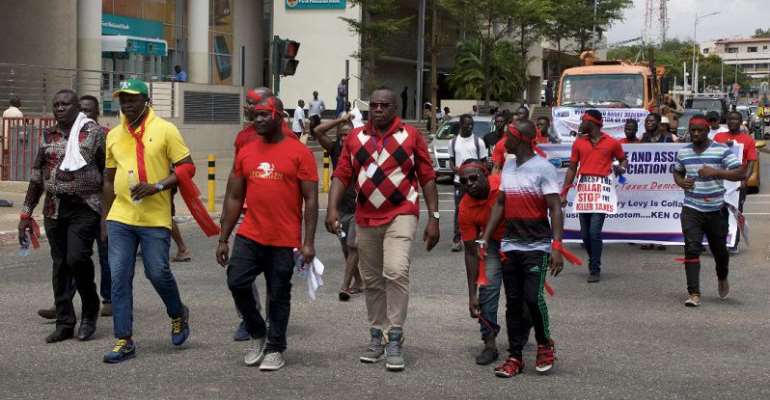 Some car owners and dealers of luxury vehicles in the country have accused President Akufo-Addo led-government of collapsing their business.

According to them, they are losing huge sums of money due to the introduction of the luxury vehicle tax by the government.

Speaking on Accra based Onua FM's 'Yen Sempa', a consultant for the group, Jacob Osei Yeboah explained "when people come to our garages to buy vehicles and they realize the engine capacity is 3.0 and above, they say “this one is for Mr. Ofori Atta and his people” and walk away.

“Someone who drives toilet vehicle and goes on the road for once or twice in a month and you expect him/her to pay over GHȻ2,000, are you not virtually closing his business?”, he quizzed.

The government last year imposed a tax on luxury vehicles with a capacity of 3.0 litres and above, as part of a new policy to help raise more revenue.

However, the dealers who are unhappy about the new levy have said it is having a toll on their businesses.

They are recalled to have staged a demonstration on March 7, this year, against the luxury vehicle tax, however, it not yield any result.

The group, according to Mr. Yeboah, have scheduled another demonstration in the coming days.

He said, "this time if the government does not address our concerns, we shall not only protest but also send all our luxury vehicles to them, then we know they have finished us.”