Ghana Card: Only 58% Of Residents In Accra West Registered 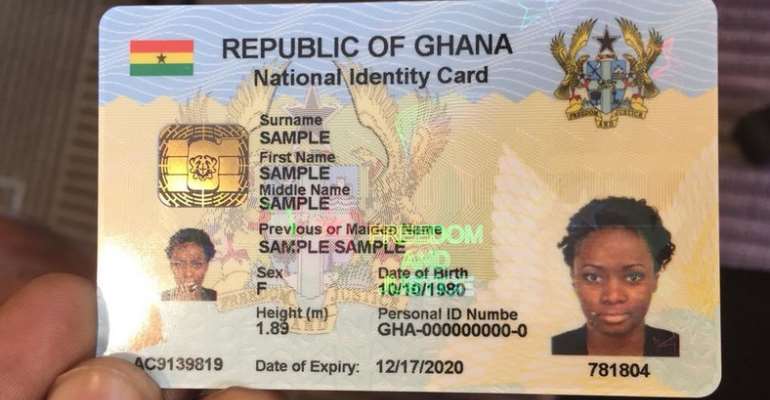 The National Identification Authority (NIA) has ended its mass registration exercise in the Accra West Zone.

A total number of 1,191,451 residents, representing 58% of the targeted population were registered by the Authority.

This was disclosed by Mr. Francis Palmdetti, Head of Corporate Affairs at NIA in an interview on Accra FM on Monday.

The figure announced by NIA shows that the majority of residents in the area were unable to get their names registered in the exercise, which began on April 29.

However, Francis Palmdetti has explained they faced challenges in the adjudication process, where checks are made against fraud, and this contributed to the backlogs.

He said "We experienced backlogs due to the problem we faced in the adjudication process and also due to poor networks so we have put in place measures to prevent such issues when we begin registration in Accra East.

"With our adjudication system we are expanding the numbers which deliver the adjudication cases in order to speed up the process," he added.

He also assured registered residents who were yet to receive their Ghana Cards that they will provide centers in the area for them to pick their cards.

According to him, they would be informed via text messages, phone calls, and radio and television announcements about their designated Ghana Card collection points.

The mass registration exercise, which would capture eligible Ghanaians from age 15, would close in the Greater Accra Region on Saturday, July 6.