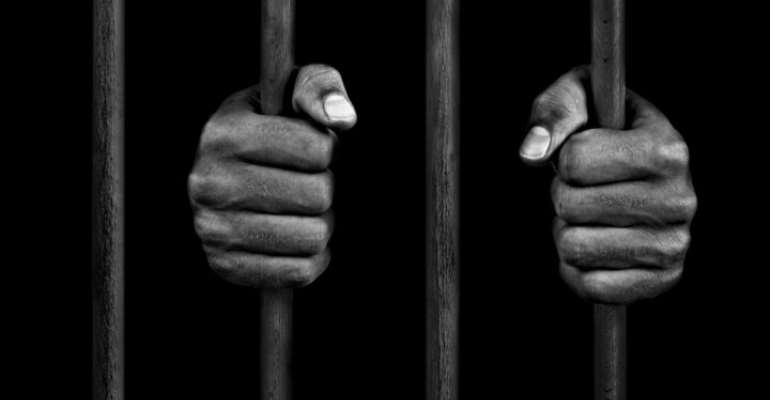 Bail, as defined by the Greater Accra Regional PRO of the Ghana Police Service, ASP Effia Tengey, is the “release of a person from legal custody on condition that he would be available at a later date and place to stand trial or assist in investigations”.

In Ghana, this conditional release is a guaranteed right of every individual. Both the 1992 Constitution, which is the supreme law of the land, and the Criminal Procedure Code, 1960 (Act 30), make provision for this right. Article 14(3) of the 1992 Constitution states that;

A person who is arrested, restricted or detained -

Clause (4) of this same article continues that;

where a person arrested, restricted or detained under paragraph (a) or (b) of clause (3) of this article is not tried within a reasonable time, then, without prejudice to any further proceedings that may be brought against him, he shall be released wither unconditionally or upon reasonable conditions, including in particular, conditions reasonably necessary to ensure that he appears at a later date for trial or proceedings preliminary to trial.

Also, Section 15 (1) of the Criminal Procedure Code, 1960 (Act 30) provides for the duration one can be arrested, restricted or detained. It states that “a person taken into custody without a warrant in connection with any offense shall be released not later than forty-eight hours after his arrest unless he is earlier brought before a court of competent jurisdiction. [As amended by the Criminal Procedure Code (Amendment) Act, 2002 (Act 633), s.(2)(a)].

Prior to a Supreme Court ruling in the Martin Kpebu vs Attorney General case, on Thursday, May 5, 2016, not all offenses were bailable. Felonious crimes like rape, defilement, robbery, murder, kidnapping, treason, among others, as listed in Section 96(7) of the Criminal Procedure Code, were non-bailable. But currently, the ruling has made all offenses bailable after the clause was declared, “null, void and of no effect”, thereby striking it out of the country’s laws.

Since it has already been established that every individual has a right to bail, it is also reasonable to note the processes one may have to go through to secure a bail.

In Ghana, there are two forms of bail; a police bail and a court bail. During the period of the maximum 48 hours of detention after arrest, the suspect may be asked to assist the police in investigations. At the end of the investigation or upon the expiry of 48 hours (whichever comes first), if it is established that the suspect has not committed any offense, s/he must be released unconditionally.

But if it is established that the suspect has or may have committed an offense, the police may either process the suspect to court or release him/her on police bail pending further investigations. In court, the suspect may apply to secure a court bail.

In securing bail for a suspect, someone must be willing and prepared to go to the police station to stand as a surety - guarantor of the bail. Once the suspect is able to get a surety, the bail is granted after undertaking a bond. The bond comes in the form of conditions like, making the suspect appear at the court or police station at a specified date, time and place with an amount also stated in.

This can be seen as a form of contract, as the surety undertakes to make the suspect/accused abide by the conditions stated in the bond. Should the suspect/accused jump bail by failing to comply with the conditions, the surety is called upon to handover the suspect or pay the penalty stated in the bond. This penalty is what is referred to as forfeiture. With the low level of trust among Ghanaians, this makes it difficult for many suspects to find people to act as surety or sureties.

Moreover, unlike the U.S, no bail schedules - list of crimes and amounts to be paid as bail bonds, are in place in Ghana, but Section 96(3) of the Criminal Procedure Code states that, “the amount and conditions of bail shall be fixed with due regard to the circumstances of the case and shall not be excessive or harsh.” For example, in the recent ‘leaked tape’ case involving the National Chairman of the National Democratic Congress (NDC), Mr. Samuel Ofosu Ampofo, his bail was set at GHS 100,000 with one surety.

Also, when the accused/defendant feels the bail conditions including amount is too excessive, the defense team can appeal to the court to reduce it, as this is provided by Section 96(3) which states that the bail amount and condition should not be excessive or harsh. A prime example is the accused persons in the Venture Capital Trust Fund (VCTF) case, who are currently standing trial for causing financial loss of GHS 42.9 million to the State and have been granted a bail totaling GHS 170 million. The accused persons include the former CEO, Daniel Duku, who was granted a bail of GHS 50 million, with three sureties. It was reported on Friday, May 3, 2019, that the defense team is currently appealing to the Accra High Court to reduce the bail amount.

It is important to note that when a court is granting a bail, the judge can either direct the surety or sureties to be justified or not. With justification, it means that the surety must prove that s/he has the ability to pay the bail bond should the accused abscond. The justification can be in the form of showing a property like a title deed. An example is when the presiding judge of the Venture Capital Trust Fund case, Mr. Justice Anthony Oppong, in granting the bail application of the accused persons on May, 3, 2019, directed that, their sureties must be justified.

Despite bail being every individual’s right and all offenses bailable, a court can still refuse to grant bail within the laws of Ghana. This is provided in Section 96(5) and (6) of the Criminal Procedure Code, 1960 (Act 30). Situations where a court can deny bail is when it is satisfied that the suspect is not likely to appear in court to stand trial, interfere with any witness or evidence, commit further offenses while on bail and past conduct while on bail.

In considering if it’s likely the accused may jump bail, the court considers the nature of the accusation, nature of evidence in support of the accusation, whether or not the defendant has a fixed place of abode in the country and is gainfully employed, among others. For example, in the 2004 case, The Republic vs Gorman and Others, the Supreme Court denied the accused persons bail because, while most of the accused had no fixed place of abode in the country making the likelihood of they fleeing from the jurisdiction high, the nature of the accusation and severity of the punishment of the first accused/appellant, made it more likely that he’ll also flee from the jurisdiction when granted bail.

In conclusion, it is worthy to note that, BAIL IS FREE, be it granted by the police or the court, hence any individual should desist from giving out money when demanded by a police officer before a suspect is released.

To Extend Or Not To Extend: Akufo-Addo To Update Ghanaians T...
12 minutes ago