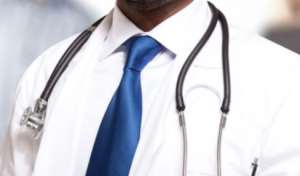 Primary Health Care, or PHC, refers to "essential health care " that is based on scientifically sound and socially acceptable methods and technology, which make universal health care accessible to all individuals and families in a community. It is through their full participation and at a cost that the community and the country can afford to maintain at every stage of their development in the spirit of self-reliance and self-determination.(Wikipedia)

This ideal model of healthcare was adopted during Alma Ata Declaration in 1978 at Kazakhstan and became a core concept of the World Health Organization's goal of Health for all .

The Alma Ata Conference mobilized a "Primary Health Care movement" of professionals and institutions, governments and civil society organizations, researchers and grassroots organizations that undertook to tackle the "politically, socially and economically unacceptable" health inequalities in all countries.(Wikipedia, WHO)

The ultimate goal of primary healthcare is the attainment of better health services for all. It is for this reason that the World Health Organization (WHO), has identified five key elements to achieving this goal; namely universal coverage reforms; service delivery reforms; public policy reforms; leadership reforms; and increasing stakeholder participation.

Behind these elements lies a series of basic principles identified in the Alma Ata Declaration that should be formulated in national policies in order to launch and sustain PHC as part of a comprehensive health system and in coordination with other sectors.(Wikipedia)

The 4th, 5th and 6th portions of the 8 Millennium Development Goals set in the year 2000 places emphasis on reducing child mortality, improving maternal health and to combat HIV/AIDS, malaria and other diseases; in its respective order, which was to be achieved by the year 2015. Therefore in order to achieve this, a comprehensive healthcare is required which relies on an adequate number and distribution of trained physicians, nurses, allied health professions, community health workers and others working as a health team and supported at the local and referral levels.(WHO, Wikipedia)

Additionally, it requires the commitment of the government of the day to infuse into the health system resources to improve the health of the citizens in the country.

But how is this achievable if government does not have a team of dedicated workforce, who are ready to serve in their capacity everywhere they are posted within the country?

With the growing demand for better health care across the country by citizens of this country, which has led to government upon government embarking on various forms of expansion at various health facilities, it seems not to be enough to accommodate all our patients in the country leading to congestion and spill over at the various health facilities especially regional and tertiary health institutions. Ghana as a country has chocked successes from adopting the PHC model. The burden of the community in having to travel several distances to seek health care and the numerous number of mortalities that occurred through these means has drastically reduced though not eliminated by the implementation of the CHPs concepts, establishment of health centres and district hospitals, increased training of health workers particularly those who serve at the community and rural areas and deployment of logistics to such hard to reach areas for the initiation of care and to fall on referral protocols if necessary.

Among the cadres that work in such deplorable areas are the Physician Assistants.

Who is a Physician Assistant (medical) in Ghana and around the globe?

Formerly called Medical Assistant, A Physician Assistants (PA) is one trained by the Health Training Institutions in the country to bridge the gap between doctor-patient ratio and to save the dying ones who could not reach the hospitals but yet needs urgent care to survive. They are trained in community medicine and health, public health, surgery and obstetrics, and gynaecology within a period of four years and practice independently after their internship at over thousand health centres across the country and do so within their scope of practice guarded by the laws of the country and ethics of the profession.

They are regulated by the medical and dental council of Ghana. This category of workers practices medicine and dentistry across the globe with names as Physicians Assistants(Ghana, USA, UK), Clinical Officers(Kenya, Tanzania, Zambia, Burkina Faso) etc.

A Physician Assistant is the subdistrict head though unofficially appointed is answerable to the district director and manages the health centre spanning from Administration, Human resource, Clinical work, Health Promotion, Research & Surveys and supervises activities of the CHPs centres and community-Based Volunteers within his catchment area.

Dating back to history in the 1950s up to the adoption of PHC concept 1978 and beyond, government saw a huge deficit in the health sector due to the lack of doctors in the country which made it impossible to achieve universal health coverage and the then sustainable development goals now revised to millennium development goals hence the need to train these special work force of the Physician Assistants to intervene in the collapsing situation and bring health closer to the people.

Unfortunately, after the Physician Assistants were and have been employed everyone including the government forgets about them and leave them to their fate in deplorable facilities with scarce resources which most at times leaves them to improvision but they have and continue to sacrifice their quota for this country to where it has reached today. Not being privileged to have electricity and even reception for phone calls.

If someone will hear my voice today as I put it in writing, they should part these workers, motivate and give them the needed remunerations for their sacrifices, for where there is no doctor there is a Physician Assistant.

So if there is any threat against this professional group, who are doing this tremendous work in the country, then it should be the concern of all to voice out and defend them because without their efforts our fathers, mothers, siblings, uncles nephews etc at the rural areas would either die in an emergency because of lack of transportation coupled with our bad roads or even suffer complications because they could not reach on time the hospital far away from their location. Should this category of workers not be empowered in knowledge through carrier progression and given other opportunities to enable them deliver better services to the patients they treat every day?, a food for thought.

Physician Assistants are also found in the consulting rooms of most of our hospitals treating patients everyday. In Kenya and the other countries, they also trained to perform caesarean section and other surgeries as well. They have gained the name doctor at their villages where they practice as some would ridiculously say village doctor but they are proud of what they do and proud to be called their own name as Physician Assistants (medical).

In conclusion, the country would not have gained this much without the PHC concept and would not also have gained same without Physician Assistants at the grass root.