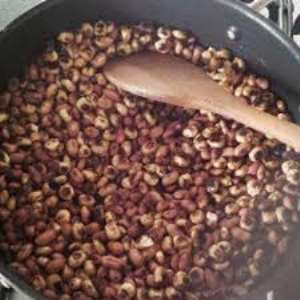 It was one cold day when my friends and I were arguing about colonialism. Some were saying that colonialism was justified because it brought 'civilisation' to us whilst some were of the thought that it did more harm than good.

As we were talking, sekuru Gunduza was listening from the sidelines roasting some 'mhandire'.

He cleared his throat and said:

"Vazukuru, it is quite an interesting discussion you are having there but I see you not reaching a final conclusion as all of you are convinced your opinion makes sense."

He put the mhandire in a plate and we sat around the plate listening to his powerful voice. He continued,

"Your argument reminds me of a story that happened when I was fairly your age.

There was this beautiful girl called Paidamoyo who used to live just across Nyahove river kwaGurure. She was admired by everyone because she was richly endowed (we chuckled). Apart from the physical appearance, Paida was very respectful and kind and all of us wished for her love.

Now, across the river, there lived a young man called Paradzai who was well built, strong and rather a gentleman. Women from all villages admired him. Para was not only handsome and strong, he was a feared 'jinda' (warrior) of Chief Mutoko.

Para had one weakness, he was afraid of approaching women.

One day Para was walking through Gurure Village when he noticed Paida bathing in Nyahove river, he hid behind the bushes as he was mesmerised by her beauty. Evil got into him and he forced himself on Paida. Para raped Paida. He cautioned her not to tell anyone.

After raping her, rage consumed Para and he beat her up severely scarring her face and her body.

When Paida got home, she told the parents that she had fallen whilst fleeing from what she thought was a lion.

Moons later, eldery women of the village noticed that Paida was pregnant. They took her aside to ask her who the father was but she wouldnt tell.

News reached Chief Mutoko that in our village, beautiful Paida had a child to an unknown father. It was taboo in the village. So the chief arranged for a court session to bring whoever impregnated Paida to book. Paida was cornered to the extent that he finally told the court that it was Para, much to the court's surprise! But how, why? The court asked. Paida narrated the whole ordeal which left the court in shock. Para could not deny it.

The chief asked the elders of our village on the way forward.

Paida's grandmother rose and said "I want to thank Para for giving us a seed from their village. I am happy that I get to see my muzukuru and therefore I dont have anything against Para." The court was shocked but let the others speak. Paida's grandfather also stood up and supported his wife's sentiments.

Paida's parents said that although their child was raped, every parent wished their girl child would be married to Para and therefore they were lucky to have a child from a good breed.

The chief stood up and said, "I want you to be all quiet and look at Paida. Do you remember that this girl was the most beautiful girl in the village? (People nodded). Now what happened to courtship? Did Para have to bruise her in order to have sex with her? What happened to respect?

My warrior failed to respect our own cultural practices of proper courtship and marriage. He decided to do the most disgraceful thing and the parents shamelessly applaud such an act?

This man robbed the beautiful girl the prospects of a beautiful future where she would have been married to the most deserving guy in the village. Now who would look at a 'mvana' with scars all over?

I will not sit and listen to all this nonsense you are spewing which is evidence of how foolish you are!"

"Para you were my most trusted warrior and never thought for once you would bring my chieftaincy to shame like this. You are to pay a heavy fine for this and let it be known today that you are banished from this village!

Paida's parents and grandparents, you too are to pay fines for your shameful utterances. We cannot have elders of the village supporting shameful acts like that! We are Mabudya and we do things proper!

Paida, your child is everyone's responsibility and therefore I will personally make sure you are taken care of."

Sekuru cleared his throat and said,

"Now" (pause) "Foreigners had a chance to engage in proper trade or development on level terms without necessarily suppressing others. It was done during the Mutapa era and I assure you that if we maintained that mutual respect we would have still come to the position we are today but the difference would be the issue of respect, pride and cultural preservation. Believe me you, if we could trade minerals for their latest technology like guns we would have still been purchasing even these smartphones, cars and building technology even up to today.

Colonialism brought us a child of rape when there was a chance to bear a child through proper marriage. It did more than just rape because it scarred the sons and daughters of Africa for no reason, so now they walk around full of self hate because of the scars they bear. Noone even wants to look at them as a proud people because they look like lost sheep"

We all sat there digesting the words and mhandire, with teary eyes.

Colonialism did more harm than good, in fact..it did no good. 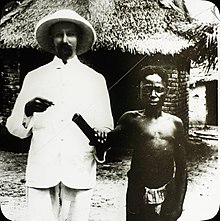 A missionary points to the severed hand of a Congolese villager. Severed hands were "the most potent symbol of colonial brutality" in the Congo. https://allthatsinteresting.com/king-leopold-ii-congo