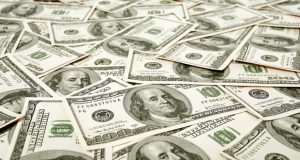 Remittances from Ghanaians living abroad to Ghana increased by 7.3 percent to US$3.8 billion in 2018. Remittances to Sub-Saharan African countries in 2018 contributed substantially to the Gross Domestic Product (GDP) of these nations.

Transfers grew by almost 10 per cent to US$46 billion, according to the World Bank's latest Migration and Development Brief.

The Bank estimates that officially recorded annual remittance flows to low- and middle-income countries reached US$529 billion last year, an increase of 9.6 per cent over the previous record high of US$483 billion in 2017.

But the cost of sending money to Africa remained at a high 10 per cent, while the global average cost of sending US$200 was around seven per cent in the first quarter of 2019, according to the World Bank's Remittance Prices Worldwide database.

Reducing remittance costs to three per cent by 2030 globally is one target of the Sustainable Development Goals (SDGs).

Banks were the most expensive for sending money abroad, charging an average fee of 11 per cent in the first quarter of 2019, according to the Brief.

The closure of bank accounts of some remittance service providers by banks' de-risking policy, whereby the perceived financial benefit of operating an account outweighs the benefits, drove up the cost of transfers, the Brief noted.

Post offices were the next most expensive, at over seven per cent because remittance fees included a premium where national post offices have an exclusive partnership with a money transfer operator.

This premium was on average 1.5 per cent worldwide and as high as four per cent in some countries in the last quarter of 2018.

“Remittances are on track to become the largest source of external financing in developing countries,” said Dilip Ratha, lead author of the Brief.

“The high costs of money transfers reduce the benefits of migration.

The Brief also looked at the SDG target of reducing the recruitment costs paid by migrant workers, which are high, especially for lower-skilled migrants.

“We need to boost efforts to create jobs in developing countries and to monitor and reduce recruitment costs paid by these workers.”