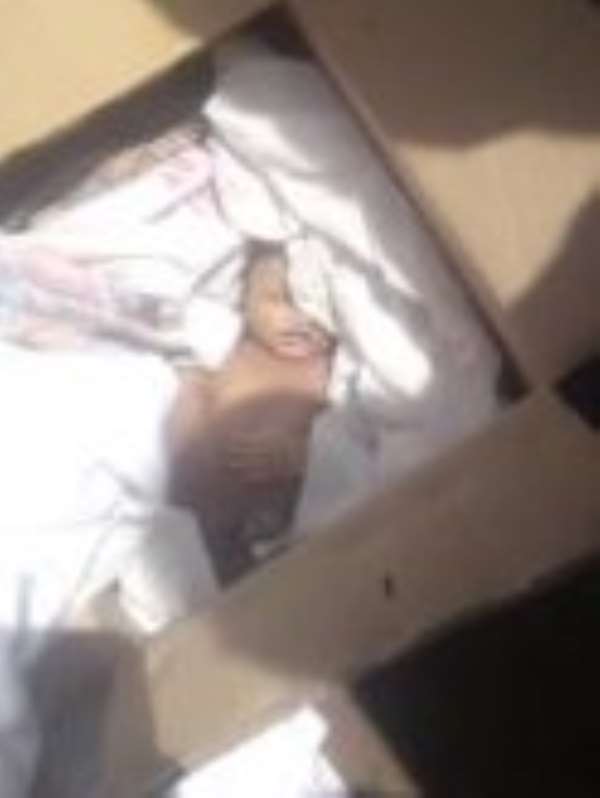 A new-born baby has been found dead at a refuse dump in Techiman, the Bono East regional capital.

The baby was wrapped in a white cloth bearing the name “Ibrahim Joana”.

It is believed that the name “Ibrahim Joana” is the mother of the deceased.

According to an eyewitness account, two school girls went to the refuse dump to ease themselves and decided to use a box which was lying around.

The report said upon lifting it, they realized that it was heavy so they opened it and found the dead baby.

The girls, who were shocked after the incident screamed, attracting passers-by who reported the incident to the Techiman police.

Another eye witness, who spoke to the media, said it could be possible the person behind might be a native of Techiman.

A local reporter, Agyaba Kwasi Stephen, said Doctors report indicated the baby died at the hospital after her mother’s delivery and they handed the deceased over to the family for burial.

Meanwhile, Techiman Police have mounted a search for the woman identified as Ibrahim Joana.