The impact of illicit outflow of funds from the African continent 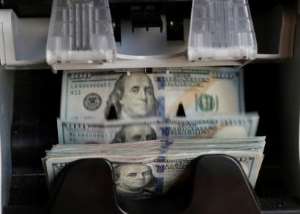 Africa gives more financial assistance to the rest of the world than it receives. A 2013 joint report by the African Development Bank (AfDB) and Global Financial Integrity (GFI), a US research group, found that even after accounting for all types of financial flows (both legitimate and illegitimate) including investment, remittances, debt forgiveness, and natural resource exports, Africa is a net creditor to the rest of the world as a result of illegal financial flows. “The illicit haemorrhage of resources from Africa is about four times Africa's current external debt.” (African Development Bank; Global Financial Integrity, 2013).

The Idea in brief

Illicit financial flow can be defined as “Money illegally earned, transferred, or used that crosses borders” (World Bank, 2017). Illicit outflows are a continent-wide problem. They occur not only as a result of widely acknowledged criminal activities such as drug trafficking and fraud but are also perpetrated by individuals and corporations that are otherwise engaged in legal activities. Illicit financial flows cost African countries at least $50 billion every year (Guyat, n.d.). Between 1980 and 2009 alone, approximately $1.5 trillion left Africa in illicit financial flows. This is equivalent to Africa's current gross domestic product, and by far surpasses the money it received from outside the continent over the same period (UN Africa Renewal, 2013). West Africa and Central Africa alone contribute 49% of the world's illicit flow of funds. Nigeria leads the bottom

To bring this into sharp relief, take the example of the most extreme version of this phenomenon, Nigeria. Nigeria became one of the world's top ten oil exporters in the 1970s and currently holds the status as Africa's wealthiest economy. Despite generating $484 billion between 2008 and 2017 (Jeremiah, 2018), in June 2018, Nigeria was quoted as the country with the highest number of people living in extreme poverty. One of the major contributors to this paradoxical situation is the misallocation of funds meant for development and illicit transfers. In a widely publicized example, a former governor of Nigeria, James Ibori, illegally transferred £157 million of state funds into his UK bank accounts and bought a fleet of luxury cars and a property portfolio that included four homes in the UK. (Rayner, 2012).

A UN Economic commission for Africa report indicates that the trend of illicit outflows from the African continent is getting worse each year. The panel exposed global multinationals for using a variety of means to siphon large sums that the continent desperately needs. (Business, 2012) According to estimates by Global Financial Integrity, commercial transactions by multinational companies involving illicit cross border international trade make up 60% to 65% of illicit flows compared with drug trafficking and smuggling which make up only 30% to 35%. This is shocking as multinationals on the continent are generally viewed as contributors to economic growth.

Ultimately, illicit outflow of funds can be linked to weak governance capacity and a lack of regulatory enforcement, which create an enabling environment for such practises. In recognising their weaknesses, many African governments, such as those of Nigeria and the Democratic Republic of Congo, have attempted to put in place regulations to help curb tax evasion and capital flight, but have been largely unsuccessful as individuals and companies continually innovate to find workarounds. Nigeria, for instance, has the compulsory BVN tracker system, which gives each bank customer a unique identity across the banking industry that can be used for easy identification and verification at Point of Banking operations. (Anon., n.d.) The thinking behind this is to allow regulators to trace transactions across multiple accounts of an individual customer easily. Despite these measures, however, people do get around the system by moving illicit cash around rather than use the banking system. Indeed, a KPMG survey of financial firms in Africa found that while there is growing support and desire among African states to implement anti-money laundering (AML) controls, the capacity, and infrastructure act as barriers to compliance due to the absence of national identity systems and proper address-verification documentation. (West et al, 2011).

The regulatory framework makes no serious attempt at prosecuting people engaged in criminal activity. With no proper deterrents in place and thus no real consequences, people do not take the authorities seriously. (Corruption Watch, 2019). This trend has also had an impact on the ability of African economies to engage in the international financial markets. Individuals and entities located on the African continent are often viewed as high risk. Banks often terminate correspondent banking relations and avoid any form of business activity with certain types of African business, cities, and countries since, in their view; the risk of breaching financial crime regulation is higher than the benefit. This impacts the ability of those economies to trade or access competitive financing rates on the world financial markets. Looking at Nigeria again the country's inability to realise the gains of its oil boom since the 1970s has been linked to a significant debt overhang that is crippling their economy. (Budina, et al., 2007) Access to financial markets gives access to competitive rates and thus financial freedom.

In light of the increasing impact of illicit outflows on the worst affected economies in Africa, it has been the focus of debates across the continent with a myriad of suggestions to resolve or mitigate the issue. One example from the OECD was the exchange of information on tax evasion, an increase in sanctions against bribe takers and recovery of stolen wealth. Another from the UN included legislative frameworks such as the UN Convention against Illicit Drugs, the UN Convention on Transnational Organised Crime and the UN Convention against Corruption (Anon., 2014). The focus of the solutions that have been offered so far tend to be on how to better police or regulate what is happening. The issue though is that rather than solving the problem it is rather causing opportunities for both overt and covert corruption. In their book The Prosperity Paradox, Christenson et al. propose that rather than looking at corruption as the problem, it should be looked at as a solution to an existing need. Attempts to combat corruption should thus focus on the ability to offer a solution that answers the needs of agents of corruption better than corruption. That logic applied to our example would mean that rather than looking at ways of stopping the illicit flow of funds, one must understand why it happens and then offer a better alternative to what currently exists. I posit that by the logic of the trickle- down effect, the economies affected by illicit outflows would be better off if the money in question was being spent in the affected economies rather than being sent to enrich other economies.

Multinationals have taken advantage of such weaknesses and, in my opinion; it is often in the best interest of some of these multinationals (and some western countries) to see this phenomenon continue. The war against corruption should be approached by providing impactful education focused on ethical guidance at the very earliest stage of learning and development. It should be prescribed through formal and informal platforms and organized leadership programs. The multiplier effect of this approach will be the emergence of new and well-informed leaders representative of the population and ready to take on the desired change within their society.

Adjoa Adjei-Twum can be contacted at: [email protected] Financial Crime Compliance Expert with a special focus on Africa

Copyright of EBII Compliance Limited is the property of EBII Compliance Publications and its content may not be copied or emailed to multiple sites or posted to a listserv without the copyright holder's express written permission. However, users may print, download, or email articles for individual use.