By From James Appiakorang Jnr. || Kumasi 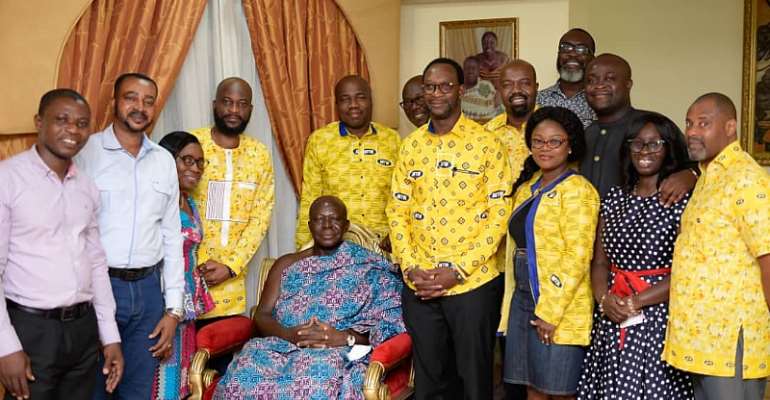 The Asantehene, Otumfuo Osei Tutu II, has advised workers of Mobile Telecommunications Network MTN, to work hard to maintain the high standards it has set for itself in the country.

He said MTN has over the years ensured it gives quality service to its customers in the Ashanti Region, and gradually won the hearts of people in the region.

Praising the MTN for the good services provided in the region, and Ghana for that matter, Otumfuo, however, pointed out that sustaining or improving their current standard is most important.

“I am proud of the excellent service you continue to give to the people of Asanteman and I urge that you relentlessly work to maintain such high standards you have set for yourselves'', the Asante King noted.

The Asantehene was speaking during a courtesy call paid on him by the Chief Executive Officer and Senior members of the Mobile Giants.

The courtesy call was to congratulate the Asante Monarch for his 20th-year reign as King of the Asante Kingdom.

The Asantehene thanked the company for the cash donation to support his 20th anniversary.

''I am happy that despite your busy schedule as management staff, you as well as your CEO found time to see me and to donate towards my 20th Anniversary as Asantehene'', he indicated.

Speaking to media after meeting Otumfuo, Selorm Adadevoh, Chief Executive Officer of MTN Ghana, expressed delight at the opportunity to meet the Asantehene.

He said the King inspires confidence in people, adding MTN was proud to support Asanteman in its path of development.

''We at MTN considers ourselves as partners in the development of Asanteman and as such decided to give a token to our King to aid in preparation towards the ongoing 20th anniversary of his reign'', the CEO noted.