Time To Debate Opposition On The Economy, Townhall Meetings Not Enough 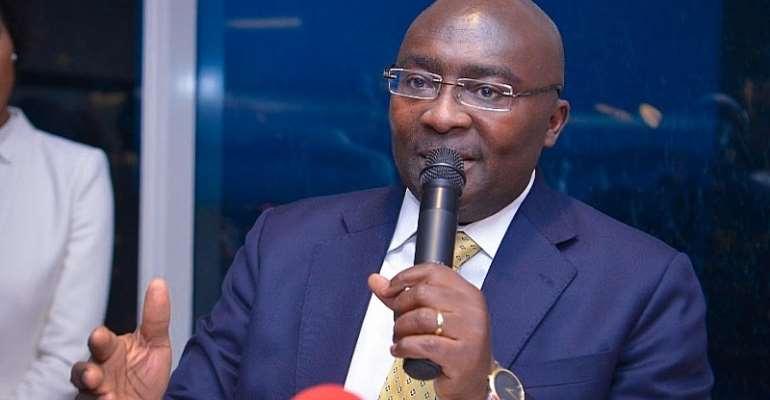 After going through the Five Basic Laws of Human Stupidity by professor Carlo Cipolla, I wondered whether our leaders are to be blamed for our present condition or we the followers.

Perhaps, it is a collective rascality and stupidity on the part of both followers and leaders.

Because, if you blame the voter, why would unqualified persons offer themselves to be voted to do a job they have zero knowledge of?

A countryman between two lawyers, according to Benjamin Franklin, is like a fish between two cats.

Likewise, to every potbellied 21st century African politician, the voter is similar to a mouse between two cats.

The third basic law of professor Carlo Cipolla's five basic laws of human stupidity says that a stupid person is a person who causes losses to another person or to a group of persons while himself deriving no gain and even possibly incurring losses!

And the fourth law opines that non-stupid people always underestimate the damaging power of stupid individuals. And that dealing with stupid people at any time or a given circumstance, always leads to fatal mistakes.

Fellow Ghanaians, who is stupid in Ghana? Leaders who waste our resources and lie to us, or the people who believe in those expensive falsehoods peddled and voted them into power?

The latest bragging and unstoppable chest-beating of the ruling NPP government regarding their performance in terms of competent economic management that has been questioned by the opposition, makes nonsense of the citizens of Ghana.

Of course, doubting Thomases must appreciate, that for economic growth on paper on a desk to translate into "paper" in pocket, can take a minimum of a half a decade and a maximum of at least, three decades!

But who is deceiving Ghanaians, opposition or government, regarding better economic management or otherwise of the country?

Few days earlier before the Townhall meeting with the Veep, the Honorable Finance minister Ken Ofori Atta, appeared before the floor of parliament to present a financial statement in respect of Ghana's exit out of the IMF program.

The house exploded with a very explosive debate between the majority and minority members of the house after his presentation.

While the minority was pooh-poohing the government's audacious claim of exiting the IMF program, the majority hailed the Economic Management Team (EMC) for a job well-done.

Objectively speaking, any "market woman" or an ordinary unemployed man in Walewale, listening to both sides could sense a sinister motive and some modicum of propaganda in the statement of the finance minister when the debate started.

It was more interesting when the Minority Leader Honorable Haruna Iddrisu, yielded his speaking opportunity to his colleague member of parliament for Bolega central, Honorable Isaac Adongo.

Hon. Adongo gave a hilarious illustration to culminate what it means to make the claim of exiting the IMF that his colleagues in the minority heckled embarrassingly.

He likened the country or the government to a candidate who is expected to write an examination in three years time postponing the time and finally refusing to write the examination. And yet bragging of brilliance.

I literally took a pinch of salt and heaved a sigh of "politicians are all the same" as a doubting Thomas listening to the unfolding debate responding to our eminently qualified finance minister.

However, the submissions made by the vice President yesterday at the Townhall meeting organised, left me agape with majority of Ghanaians confused and perplexed!

Ghanaians are simply neither cats nor rats. Who is speaking the truth in respect of our state of affairs about the economy is the biggest question begging for an answer.

During the 2019 budget presentation earlier this year, the minority spokesperson on foreign affairs, Hon. Ablakwa, observed the record set by the vice President for escorting the finance minister to the House. He proposed to the Veep and challenged him to not only nodding away during debates but make good use of article 111 that mandates the Veep, and ministers to engage in parliamentary debates.

A challenge and temptation the Veep is yet to accept or wish away.

I think is about time both opposition and government lock intellectual horns on the issue of the economy face-to-face beyond parliament.

When the opposition does its own assessment of the economy, one sees abysmal performance on the part of the ruling government who must bow out of governance in shame and let Ghanaians be.

Yet when the government later fires back with a response to the claims of the opposition, one sees a clear and classic case of brain-damaged ATM politicians masquerading as economic managers who Ghanaians once mistakenly granted power.

After listening to the Veep, majority of Ghanaians including the most unsparing critics of the government were quiet in admiration.

But his submission calls for authentication to justify minority claims of otherwise.

His Excellency the Vice President, categorically claimed that their worse, which has become the sing-song of the opposition, is far better than what they (opposition) presided over as their best when they were in office.

The current government with its leader, the President, appears to be a gathering of saints and angels. And because of our President's age, it is difficult to ascribe falsehood to him when his government is speaking on behalf of him. Yet, the assessment of the government by the opposition is so convincing that citizens are at a loss.

It is therefore apparent that one of them has been Judas in their claims and deliberately arguing facts with fiction with alternative facts regarding the reality of the state of our economy.

Perhaps, if the IPAC could organize a debate between opposition and government to clear the cobwebs of doublespeak and untruths.

During that same debate, the minority spokesperson on finance, Hon. Ato Forson also pointed out the inordinate appetite for borrowing by the government to the extent that, they have broken their own record of borrowing.

How factually was that claim remains nebulous because His Excellency didn't talk about borrowing.

Mind you, Ghanaians, especially we the youth are following the ensuing economic and political discourse and, probably would make our decisions come 2020 based on who really fits for the thick label of incompetence: government (NPP) or opposition (NDC).

Who knows, this could be the watershed moment of our dear country to finally bury the Five Basic Law of Human Stupidity proudly displayed by both leaders and followers over the years and charter a more trusting intellectual path of economic management.

So the Town-hall meetings, the debates on the floor of the house, and serial calling analysis on radio and television, are not enough.

Let us dedicate time to Economic Management Teams debate between the main opposition and the government in order to stop making nonsense and stupid of citizens!

Long Live Ghana, Long Live Us All. The writer is a student at KNUST, Department of Religious Studies.