How Can Akufo-Addo Ban Vigilantes After Benefiting From Their Activities? 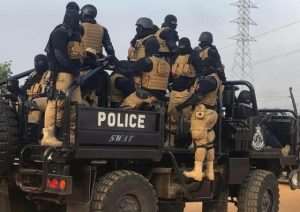 Call it a blessing in disguise or deadly state-sponsored perpetration of violence that nearly marred the hard-won democratic records of Ghana, the Ayawaso West Wuogon by-election violence, happened for a good reason.

Perhaps, the omnipotent God, who is always a Ghanaian, used the occasion to expose the evil intentions and machinations that some top officials have been hatching.

Still musing from afar, it will not be wrong to guess that the deadly sporadic shootings in a Rambo style, cast the shadows of the coming events that await us in 2020 general elections.

Meaning in the 2020 elections, there will be more shootings, maiming, vigilantism, hoodlumism, hooliganisms and killing of innocent electorate.

Really? Is that how the country that sparked the liberation of freedom for Africans has suddenly become?

The question that is begging for an answer has been; why do people and would be trouble makers feel so safe to commit all forms of crimes under this government?

Could it be that it is just the perfect exhibition of the all-die-be-die theory propounded by the siting president when he was in opposition?

Be it as it may, the recent deadly violence that characterised the Ayawaso West by-election and the accompanying revelations that we all witnessed during the sittings of the Justice Short’s commission of enquiry left a lot to be desired.

It, therefore, did not come as a surprise when the president in his state of the nation address to parliament called on the two violent political parties to meet and disband all their party “militias”.

But was the president right with his call after he has consciously benefited immensely from activities of these vigilantes who provided security and other means for him to win the 2016 elections?

Was Nana Addo not the leader of the NPP in 2016 when the party invited some revolutionaries from South Africa to train the party’s private security guys in the country?

Did Nana Addo know that he and his party were growing monstrous human vampires who will come back one day and suck their own blood?

In November, 2016, Nana Addo was still a presidential candidate and not the president elect but he had a bunch of well-built individuals around him as his private security.

When some supporters of the NDC and NPP clashed around Nana Addo’s Nima residence, the Chronicle Newspaper reported that security men in the house of the then opposition leader fired warning shots.

If these individuals who were in the house of Nana Addo were not members of his party vigilante groups or militias, then who were they?

Where did they get the guns in the first place to fire those warning shots that nearly turned chaotic in the run up to the 2016 elections?

In fact, a financier of the NPP, Mr Kennedy Agyapong has told Ghanaians that in 2008 elections, he travelled to Foso and picked huge sums of money to pay their boys “vigilantes” to protect them at Tain.

In Kumasi, high levels of shocks passed through the spines of many Ghanaians when members of Delta Force, NPP vigilate group, with impunity, caused a great revolt at the RCC.

Members of the vigilante force attacked the regional security coordinator causing staff of the council to run for their lives amidst severe fear and panic.

As if they were not satisfied with their nasty insanity, they later attacked a female magistrate who was presiding over the trial of the above crime in an open court.

Mr Agyapong again, stated categorically that they “members of the vigilante group” were their boys the used to win the 2016 elections and that they should be spared.

Apart from the ADC who follows the president everywhere, who knows the well-built individual who also follows him as a personal body guide?

In fact, this individual who is a Muslim and looks like a [mecho] man, has been with the president since 2008 or even more.

Do we know how he was recruited by Akufo-Addo in the first place and why he continues to be around him though he now enjoys full security protection from national security apparatus?

Does his continues presence around the president lend credence to the fact that there is a great reward when one lays down one’s life to provide security for a political party as a vigilante?

If a phone hawker at Circle, Double, who is an activist of the NPP and other apparatchiks could be conscripted into the national security setup, isn’t there a reward for vigilantism?

As a matter of fact, how this Double man was able to pick an assault rifle in the heat of the Ayawaso violence and commanded an MP to follow him tells it all that all is not well in this country.

Naturally, all these individuals who come together to form these vigilante groupings knows themselves because they often train at the gym together.

Like the case of Double, all other members who have gained employment as National Security Operatives are known by their colleagues who are unemployed, hungry and disappointed.

So how do you dispel and force these hooligans who were trained by the South African mercenaries to go home when their peers are enjoying life as NSO?

The call for a ban of all vigilantism in this country is a clarion one but when the president has used these same individuals to achieve his childhood dream, how can he call for their ban?

Is president Akufo Addo now willing to ban this fine gentleman who provided security for him during his opposition days as his personal body guide too?

This, will be his greatest commitment towards the fight against political vigilantism because it will communicate clearly that there is no reward for being a militia to a political party.

His continues hoovering around the president serves as the best motivation to the other well-built men to join party militia groups and provide security for their warlords because they could be like him one day.

“If a man convinces his wife to practise prostitution to feed the home because of hardship but turn round to call a her a prostitute after the prostitution has given them a lot of money, then he is unwise” This is a Sefwi proverb.

President Akufo-Addo can put this in his pipe and smoke.

I am a Citizen.

We're Disappointed In Akufo-Addo For Not Condemning Soldier ...
16 minutes ago