By Beatrice Debut in Johannesburg and Zinyange Auntony in Bulawayo, Zimbabwe 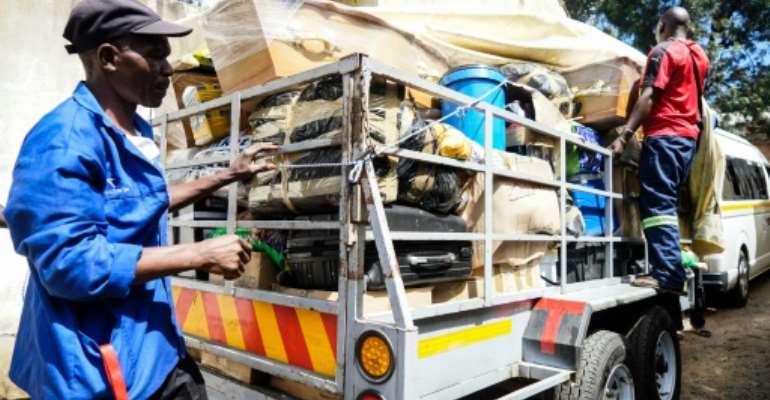 Household essentials have become in short supply in Zimbabwe as the economic situation has worsened, driving a cross-border delivery service from South Africa. By ZINYANGE AUNTONY (AFP)

The items are loaded onto trailers attached to minibuses which make the 550-kilometre (340-mile) journey north to the border.

Within 48 hours, each shipment is delivered to addresses in Zimbabwe after being "couriered" over the frontier, sometimes illicitly.

"When the situation is bad that side, things are better for us," said Charles, one of the deliverymen who makes a weekly round trip with precariously loaded trailers. 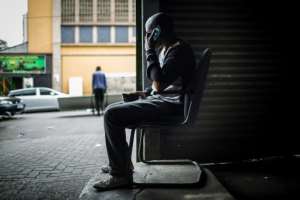 He manages orders from individuals and small businesses via WhatsApp before dispatching items northward.

Charles (not his real name) and hundreds like him across South Africa offer a uniquely Zimbabwean "personal shopper" service.

Known in the local Ndebele language as "malayitsha" (transporters), they mostly fly below the radar and do not declare their wares to Zimbabwean customs.

"We sell and carry everything," added Charles, who delivers in the western Bulawayo region. Others that AFP met also deliver to the capital Harare.

Gas and fuel, in high demand since prices doubled in January, are also a staple of the malayitshas despite the risk of explosions.

"It is dangerous. As long as they are ready to pay, I carry. If I say 'I don't carry this', my kids will go on an empty stomach," said Charles, who has two children in Zimbabwe but spends much of his time in South Africa where he also has two children.

Though Charles is prepared to risk flammable cargo, he won't take perishable goods. 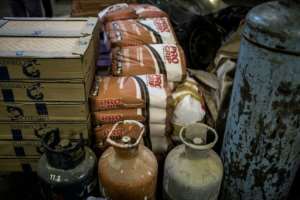 But his fellow malayitsha, Precious, does and she told AFP that "the craziest thing I had to buy was five big pizzas".

"We bought them on a Saturday, they were delivered on Sunday. People are very desperate," she said.

Impromptu warehouses have sprung up in Johannesburg's gritty Hillbrow district where pavements serve as loading bays.

Yvonne, a Zimbabwean secretary in South Africa, arrived with an enormous sack brimming with items for her parents and sister back home -- a monthly ritual.

Yvonne trusts the couriers and pays with an electronic transfer or cash.

Her latest shipment included toothpaste and sanitary pads, as well as candles and matches.

"I can sleep easy knowing that they have what they need," said the young woman.

Prices are surging in Zimbabwe and even with shipping costs, a malayitsha is often cheaper than buying locally. 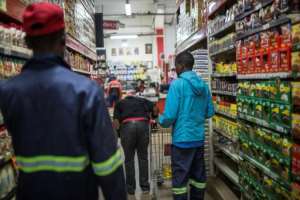 "The fridge... was also bought in South Africa because if I were to buy it here the amount would be enough to buy three," said Emily Maphosa, a resident of Zimbabwe's second city, Bulawayo.

The 78-year-old grandmother had just received cooking oil, a sack of rice and frozen chickens.

'We feel we are doing good'

"In South Africa with 500 rands, it's better -- I can buy and afford groceries that can last me almost a month," she said.

"In this country, 500 rand can only get a few items that won't last even a week," she added, while cooking kale. 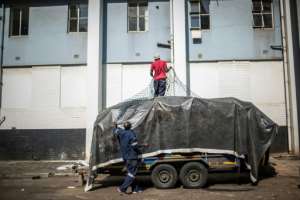 "With about 250 rand, I managed to buy all 36 (exercise) books required for my son," she said, adding that locally they would have cost more.

"I can even buy a bag of potatoes for them to pack in their lunchbox," she said.

Customs officials are bribed to ignore items that should be declared. 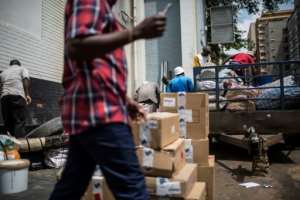 "Officers in Zimbabwe are not paid enough, so it is a way for them to make a better living," said another deliveryman, Valentine Kembo.

Kembo and his partner, who started an officially registered company in South Africa called Cleeka, also buy in bulk to deliver to Zimbabwe.

But their consignments are neatly packed in identical boxes intended for an upmarket clientele that includes a former minister, according to Kembo.

As Zimbabwe's economy floundered over the past year, their business has grown by up to 30 percent, he said, and goes above and beyond to satisfy customers.

"A pharmacy would not give us 10 boxes of the same medicine. So we had to go to 10 pharmacies," said Kembo.

"We delivered an injection at a critical time to someone suffering from diabetes. We feel we are doing good."