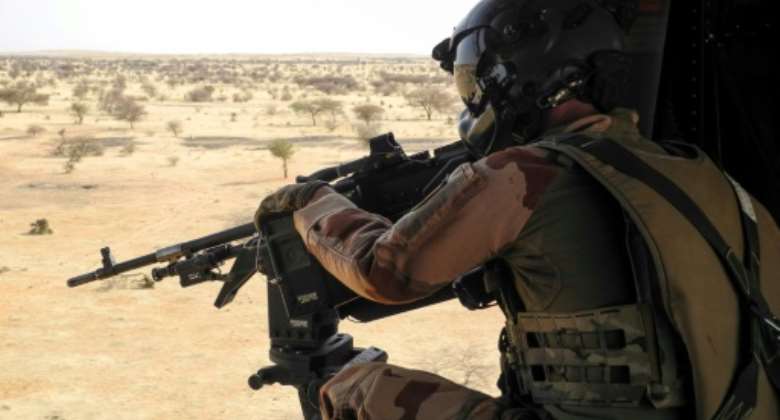 Mali plays a key role in the fight by international forces against jihadists in the Sahel region. By DaphnÃ© BENOIT (AFP/File)

Mali's government on Sunday announced the sacking of senior military officers and the dissolution of a militia, a day after the massacre of more than 130 Muslims, including women and children.

Prime Minister Soumeylou Boubeye Maiga said new military chiefs would be named, and that the Dan Nan Ambassagou association, composed of Dogon hunters, had been dissolved.

The dissolution of the militia was to send a clear message, Maiga told journalists: "The protection of the population will remain the monopoly of the state."

Survivors of Saturday's attack said ethnic Dogon hunters carried out the deadly raid in Ogossagou, a village in central Mali inhabited by the Muslim Fulani community.

Maiga did not name the senior officers sacked, but defence ministry sources told AFP they were the Armed Forces Chief of General Staff M'Bemba Moussa Keita, and chiefs of the Army and the Air Force.

The prime minister's announcement came hours after an emergency meeting called by President Ibrahim Boubacar Keita in response to Saturday's massacre, in which at least 134 men, women and children were killed.

The victims were shot or hacked to death with machetes, a security source told AFP.

The UN Children's Fund said "Malian children are paying a heavy price for the intensification of violence."

"Growing insecurity since 2017 has led to an increase in murders, mutilations and the recruitment of children," UNICEF said.

For its part the European Union called for "immediate steps (including) the disarmament and dismantling of all militias" in Mali.

Researcher Baba Dakono of the Bamako-based Institute for Security Studies told AFP the attack was "unprecedented" but "predictable" because of a weak state presence in the region.

It was the deadliest attack since the end of the 2013 French-led military intervention that drove back jihadist groups who had taken control of northern Mali.

The massacre took place as a delegation from the UN Security Council visited the Sahel region to assess the jihadist threat.

"The secretary general is shocked and outraged" by the bloodshed, Antonio Guterres's spokesman said in a statement late Saturday.

Peacekeepers from MINUSMA, the UN force in Mali, helped evacuate the injured, said a statement by the spokesman for UN Secretary General Antonio Guterres. By CLEMENT SABOURIN (AFP/File)

The UN chief called on the Malian authorities "to swiftly investigate it and bring the perpetrators to justice", the statement added.

Guterres's spokesman said the UN mission in Mali, MINUSMA, provided air support to deter further attacks and assisted with the evacuation of the injured.

Earlier, the UN said the visiting ambassadors from the Security Council member states met on Saturday with Maiga to discuss the volatile situation.

The attack was launched at dawn on Saturday in the village near the border with Burkina Faso, in a district that has seen frequent inter-communal violence.

While local attacks are fuelled by accusations of grazing cattle on Dogon territory and disputes over access to land and water, the area is also troubled by jihadist influence.

Jihadist fighters have emerged as a threat in central Mali in the past four years. A group led by radical Islamist preacher Amadou Koufa has recruited mainly from the Fulani community.

Since then, there have been repeated clashes between the nomadic Fulani herders and the Dogon ethnic group.

Last year that violence claimed some 500 civilian lives, according to UN figures.

France has a strong military presence in Mali, where jihadist violence has emerged in recent years. By Alain JOCARD (AFP)

The Fulani have repeatedly called for more protection from the authorities. The government in Bamako has denied their accusations that it turns a blind eye to -- or even encourages -- Dogon attacks on the Fulani.

Once considered a beacon of democracy and stability in Africa, Mali in recent years has been dogged by a coup, civil war and Islamist terrorism.

Extremists linked to Al-Qaeda took control of the desert north in early 2012, but were largely driven out in a French-led military operation launched in January 2013.

In June 2015, Mali's government signed a peace agreement with some armed groups, but the jihadists remain active, and large tracts of the country remain lawless,

The violence persists despite the presence of UN peacekeepers, a strong French military contingent and the creation of a five-nation military force in the region.