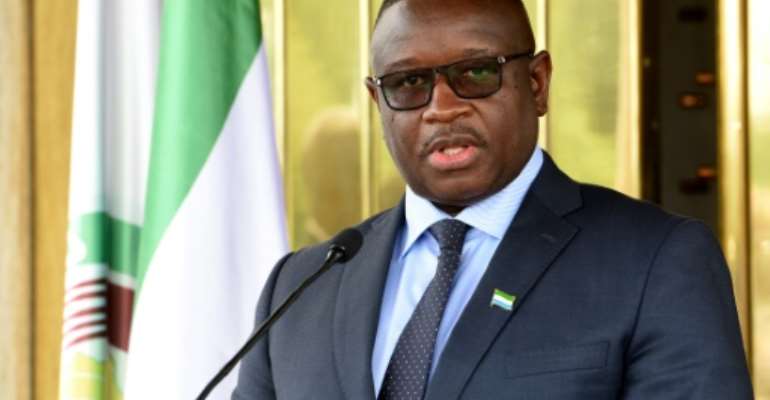 Sierra Leone's President Julius Maada Bio has tasked a special commission with investigating allegations of widespread corruption and abuse of office under the government of his predecessor.

The commission, which will formally begin work on February 4, has a mandate to look into allegations of corruption as well as stolen public funds and state assets between 2007 and 2018 during the rule of president Ernest Bai Koroma.

"Corruption is a threat to national development," said Bio at a ceremony Tuesday to inaugurate the commission.

"All those who will be invited by the commission must comply, anyone who fails to comply... will face the full force of the law."

Bio took over as president after winning last April's election run-off following a tumultuous campaign in which he targeted corruption.

"The commission of inquiry is not a witch-hunt but a democratic accountability and a fight against impunity," said Justice Minister Priscilla Schwartz said at the launch ceremony.

Several former leaders have been arrested in recent months following the publication in July of a damning report which said "rampant corruption" under the Koroma administration had led to the "near collapse" of the West African nation's economy.

Although Sierra Leone boasts huge mineral and diamond deposits, the former British colony remains one of the world's poorest nations and is only gradually recovering from years of war and disease.