Why There Will Not Be Another Biafra 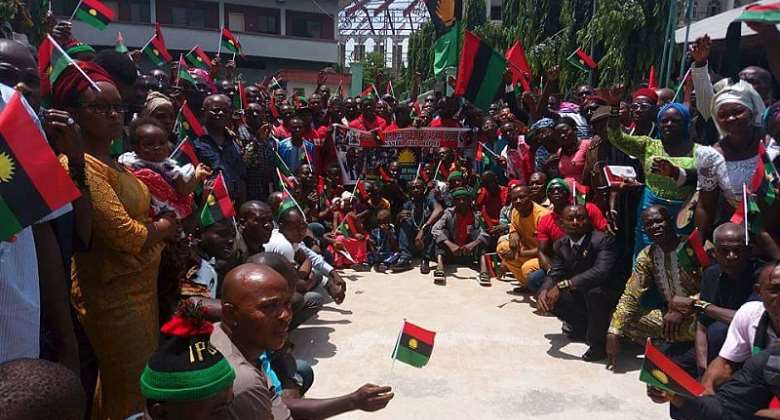 In this New Year 2019 we should take some time to restate some of the basic points on the current movement for Igbo independence from Nigeria. Why this is necessary is to disabuse the mind of many Igbo participants, Igbo friends and well-wishers of some apparent confusing signals in the prevailing struggle for Igbo self-determination. This little piece will go a long way in helping most of Igbo friends and well-wishers and some Igbo who are involved in the campaign without a clear understanding of the picture of what we are fighting for. It will help many to have a better grip of what is at stake. This concise paper should serve as a guiding document when anyone is in doubt. For the avoidance of doubts and to constantly renew our vow to be free as a people, it is necessary to clarify from time to time some basic aspects of what the contest is all about.

With the passage of enough time, everything in life is subject to change. The ongoing campaign for Igbo freedom is not in any way different. The time lapse between 1967 and 2019 is about 52 years. That is a period that spans more than half of a century. That is enough time in actual fact to have produced new and veritable changes and circumstances in a movement that began in 1966. As a people we recognize the need to continually strive to be dynamic and make room to be able to adopt quickly changes that reflect the up-to-date facts of situations and prevailing circumstances as they affect us in real time. As we pursue this Igbo collective goal and aspiration to live free and actualize ourselves it is important to make provisions to accommodate new developments and changes as they occur.

As the Igbo renew their vow to be free and separate their ancestral land from Nigeria, there should be no mistaking about the following facts:

The aforementioned and more constitute the basic fundamental differences between the old Biafra and the new. With all things considered it cannot be overemphasized to say that there will not be another Biafra like the 1967 one.

Kennedy Agyapong will win NPP’s primaries because of his hon...
18 minutes ago

You disgraced yourselves and the entire country by booing Ak...
25 minutes ago