The Scramble For Bono East Regional Capital: Techiman Is More Suitable Than Nkoranza 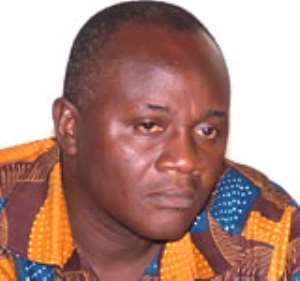 Before the Justice Brobbeys Commission of Inquiry, set up primarily for the creation of additional six regions to the existing ten, would complete and submit its findings and recommendations to the President, Nana Addo Dankwa Akuffo  Addo for consideration, some of the chiefs and people of the yet to be created regions had in principle decided to endorse where their respective administrative capitals should be sited.

To underscore this, a Governance Expert and Agriculture Economist, Dr. Victor Afari-Sefa had advised that the choice of the administrative capitals should be left to the indigenes to decide, in order to avert any destructive political pressure on the President.

I think the choice of the administrative capitals for these new regions should be a matter for the chiefs and people of these regions rather than they being decided by external influences, be it the Clergy, Kings, politicians and other influential personalities, Dr. Victor Afari–Sefa, stated.- writes Bright Adu Okyere.

 I have gladly learned that in the case of the Savannah Region, the overlord of the Gojaland together with the people have unanimously settled on Damongo as its administrative capital following the massive endorsement of 99.07% for the creation of the region by the December 27th 2018 referendum, Dr. Afari-Sefa noted.

It is important to note that in the selection of Damongo, two key important issues were brought to the fore. The first reason which raised Damongo over others was that the town held to its chest major economic activities in the Gonjaland.

Again it had all the facilities and natural resources which would help immensely in facilitating development in the area. This orderly move has calmed down nerves and will ensure peace and political stability of this new region when the president of the republic officially names all the administrative capitals of the six regions.

However, intelligence gathered by this reporter indicates that, unlike the Savannah Region where unanimous decision had been taken by the chiefs and the people of the Gonjaland suggesting to government to fall on Damongo as its administrative capital, the Bono East Region is rather in turmoil.

There is a serious destructive under currents between the people of Techiman and Nkoranza as to which of the two towns should be considered the administrative capital of the region. From the grapevine, if the situation is not managed well it could erupt and breed a protracted future political tension in the region.

In an interview to seek his thought on this destabilising nervousness in the Bono East Region, Dr. Victor Afari  Sefa affirmed that, The determination of the capital of any of these newly- created regions require reasonable broad consultation with the chiefs and people of the regions. More importantly, in my candid view, well developed towns within these demarcated zones must be spread on the table for consideration, so as not to overstretch governments limited financial resources to develop the capital.

In a nutshell, the chiefs and people of the Techiman traditional area with eight other paramouncies out of the total of fifteen paramount jurisdictions within the Bono East Region have all pulled their support in favour of the Techiman township as the administrative capital of the region.

Their key argument is rested on the back of the fact that, undisputedly, the town has this huge advantage as one of the economic hubs of the entirety of Ghana. Besides, the structural and other needed facilities available in the town to kickstart activities as a regional capital are unmatched with any other town in the Bono East Region.

In addition to the economic and infrastructural strength of Techiman as the most suitable for the regional capital, the Techiman Traditional Council is on record to have been in the forefront of initiating and campaigning for the creation of the Bono East Region. It is learnt that the Council had the arduous duty of convincing its paramount chiefs of the need for a region in order for the area to develop at a faster rate.

This writer gathered that the Techiman Council even had a tougher task convincing the Nkoranza Traditional Council and its chiefs of the advantages of having a separate region for the area. From the above, it is only fair that Techiman is made the Administrative Regional Capital.

Strongly advancing their case, the chiefs and people of the Nkoranza traditional area are also rivalling for the capital to be sited in the Nkoranza town. In a run down, everything shows that so far six out of the fifteen paramount chiefs in the region are in support of Nkoranza being made the regional administrative capital. This comes up against nine paramount chiefs who are in favour of Techiman as the regional capital.

Despite this paramount chiefs’ support deficit and all other socio-economic statistical facts that weigh against Nkoranza, alleged intrusive and destructive external influences from some influential Kings in the country are said to being employed by these six Nkoranza chiefs to unfairly lobby the Jubilee House to take a decision in their favour.

Commenting further on the issue, Dr. Afari  Sefa extended a special appeal to the president to take a decision that will avert any undesirable socio-political occurrence in the area. ‘During my PhD study days in Germany, I came down to Ghana several times to collect data for my project work. I visited both the Techiman and Nkoranza enclaves and also the Northern Region. I can say without any bias that in terms of brisk economic activities and infrastructure, Techiman is far ahead of Nkoranza.

From my research what I have noticed is that Nkoranza has a bigger stretch of land than Techiman. However that cant be used as convincing evidence for the demand they are making, otherwise Accra doesnt qualify to be the capital of Ghana because it has the smallest land space among all the sixteen regions in the country’, he explained.

Economic and infrastructure potentials in favour of Techiman

Techiman continuous to be one of the fastest growing towns in Ghana due to its flourishing economic activities. The town in recent times keeps attracting almost all the major financial institutions in Ghana numbering over 15 of the commercial banks that have met the re-capitalization requirement.

Geographically, Techiman sits right at the centre of Ghana in terms of road network, precisely linking the northern to the southern part of the country. The proposed National Railway Network project is said to have its station in the town. The city also links the neighbouring West African countries like Burkina Faso and Mali, which brings a large number of traders from these neighbouring West African countries to conduct trading activities in the Techiman market. The market is undoubtedly one of the largest Markets in the West African sub- region.

In terms of revenue mobilization, the economic activities in the city make the Techiman Municipal one of the few Municipalities in Ghana that is able to mobilize huge Internally Generated Funds (IGF) to undertake its own developmental projects. The Techiman Municipal Assembly through its IGF was able to put up a 124-Office-Complex, capable of housing all public offices. Indeed, the Muncipal Assembly will be able to generate its own ‘One-Million One-Constituency revenue target, if well-structured in terms of revenue mobilization.

In the area of trade and commerce, Techiman is consistently attracting companies in the manufacturing, services and trading sector. For instance, Melcom-Techiman receives high sales turn-over due to the massive patronage in the town. Other trading firms with huge presence in Techiman include; Kwasi Oppong Company Limited, Eno Afansor Co. Ltd., K. Gyasi Company Limited, Aspect-A, Samara Group, F-Zeny Group Ltd, P.Y Fosu Limited among others.

One of the largest agro processing companies in West Africa, Ghana Nuts Limited, producers of Akoma Soya Oil is located in Techiman with the production capacity of thousands of tons of Soya Beans and Shea Nuts annually. Other manufacturing companies with large investments in the town include, International Oil Company Limited, Raj Kuma Company Limited, and the Techiman Tomatoes Processing Company (TEPCO).

There is also an on-going Aluminium Fabrication and Solar Panel Installation Project by Zatacon Company Limited, Techiman. The Project located at Bamire, a suburb of Techiman, is set to be completed and to commence its operation before the end of the 1st Quarter of 2019.

The project when completed will be one of the largest Aluminium Fabrication companies with the production capacity to supply companies in the Aluminium fabrication industry in Ghana and neighbouring countries. The Solar installation unit of the company will also be one of the largest in the country and will be capable of producing Solar Street Lights, Roof Panels for all kinds of building structures.

Indeed, the economic strength of Techiman is embedded in its strategic location as a nodal town, which makes it more accessible to people from all parts of Ghana, for trading and other economic activities.

Techiman`s economy is the fulcrum on which all the other towns within the Bono East enclave ride; loads of people from all the major towns within the Bono East area find Techiman more accessible hence, they easily come in and out of the city for academic, trade and other administrative purposes. Most of these people have even strategically put up properties in Techiman, making the town their second home.

Techiman`s demographic structure is obviously cosmopolitan due to its accessibility, conducive living conditions, good landscape and structured security operations (with a Divisional Police status) among others.

The Ministry of Food and Agriculture (MOFA) in 2010 projected Techiman`s population to be over 244,000 with a population growth rate of 3.84% (MOFA, 2010). The Ghana Statistical Services 2019 projection puts the population of Techiman at 251,284 (GSS, 2018) which automatically qualifies Techiman to be upgraded to a metropolitan status.

In the area of Education and Health, Techiman continuous to be the powerhouse with a huge presence of some the leading tertiary institutions such as Valley View University (VVU) Techiman Campus with a student population of over 4000. The University of Education Winneba (UEW) is also putting up a huge edifice in the town to establish the headquarters of their Distance Education and E-Learning (IDEL) program. There are several private and mission hospitals in the town, some of which even serve as referral hospitals for the people within the Bono East Region.

The huge presence of GRAs Small Tax Office (STO); NEDCO/GRIDCO power transmission station, and the EPA office among other government institutions situated in Techiman is also clear indication of the town’s readiness and economic potential to support every investment initiative to harness the development of the country, especially the newly created Bono East Region and even to the entire Northern Sector of the country.

Moreover, it will be a major economic boast for the newly created Bono East Region if Techiman is considered the Regional Administrative Capital since the town will be able to attract huge investment opportunities into the newly-created region. Hence, for the interest of the people of the area, it will be advisable for government to consider Techiman as the administrative capital since the town stands tall in terms of all the key indicators and pre-conditions.7

The decision must be devoid of all interference from key personalities such as prominent chiefs, kings and other personalities who might use external forces to stampede the selection and naming process. Ideally and without any equivocation the economy of Ghana needs a third force which is indisputably Techiman and must be given the required boast.