Nation State vs Ethnicity in Africa 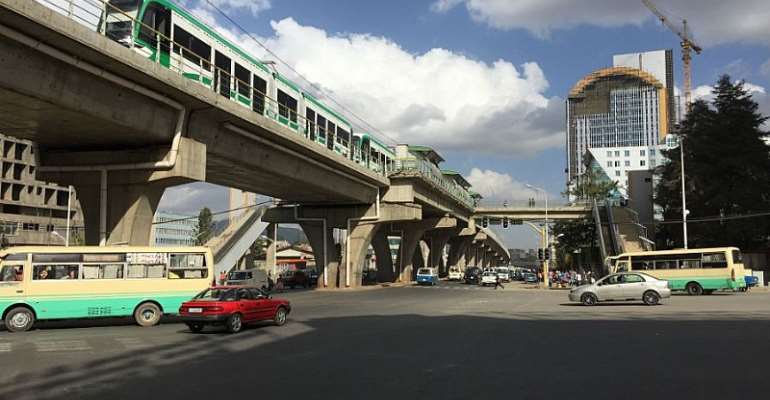 Mahmood Mamdani raises proactive questions on the role ethnicity in Africa and Ethiopia in particular. (See excerpts and article below).

Africa has been plagued to this day by two legacies from colonialism (British): 1) the intentional failure to build infrastructure; 2) the deliberate fostering of ethnicity. Historical literature is replete with evidence of the British creation of ethnic and/or native administrative units as a central feature of their divide and rule colonial policy. Lord Frederick Lugard, who authored the infamous “indirect rule” stratagem, implemented his scheme in Nigeria when he became the Govern General Nigeria in 1914, and ruled the North and South differently. Similarly, the British cultivated the North versus South conflict in Sudan with their separate Southern policy exemplified by their 1922 Passport and Ordinance Act. There are more examples available.

Accentuating ethnic, tribal, religious, and geographical distinctions is used as a means to thwart the creation of sovereign Nation States, particularly in Africa. A functioning Nation State is not founded on a collection of minorities, or even a majority. Instead, it is created on principles that define its responsibilities to provide for the general welfare of its citizens and their posterity, which must include nurturing the creative potential of each child. Nation States transcend differences within their populations by uniting all their people in a common mission, not only to develop their nation, but to contribute to the future of mankind as well.

Ethiopia uniquely evaded colonization with its 1896 military victory against the Italian army in Adwa, led by Menelik II. Yet as Mamdani points out, Ethiopian Federalism accommodates ethnicity, which is divisive today, and is being used to undermine the central-federal government. By following the core economic thesis of Meles Zenawi’s “Developmental State” Ethiopia has embarked on a bold campaign to transform their country through government directed investment in infrastructure, while protecting their economy from being invaded by foreign financial predators. As a result of Ethiopia’s relative success among African nations in performing this necessary Nation State function, it has become the “enemy” to those forces-internal and external-that oppose development of African nations. Not surprisingly in the last six months there have been renewed efforts to liberalize-deregulate Ethiopia’s financial system in an attempt to weaken its commitment to the “Developmental State” model.

Therefore, the suggestion of a new kind of non-ethnic federalism is a conception that could lead to strengthening the institution of the Nation Statein Africa.

“Ethiopians used to think of themselves as Africans of a special kind, who were not colonized, but the country today resembles a quintessential African system, marked by ethnic mobilization for ethnic gains.

In most of Africa, ethnicity was politicized when the British turned the ethnic group into a unit of local administration, which they termed “indirect rule.” Every bit of the colony came to be defined as an ethnic homeland, where an ethnic authority enforced an ethnically defined customary law that conferred privileges on those deemed indigenous at the expense of non-indigenous minorities.

The move was a response to a perennial colonial problem: Racial privilege for whites mobilized those excluded as a racialized nonwhite majority. By creating an additional layer of privilege, this time ethnic, indirect rule fragmented the racially conscious majority into so many ethnic minorities, in every part of the country setting ethnic majorities against ethnic minorities. Wherever this system continued after independence, national belonging gave way to tribal identity as the real meaning of citizenship.”

An interesting book worth reading by Mahmood Mamdani is: “Saviors and survivors.” It about Sudan and Darfur, but also discusses the creation of ethnic groups.

A Political-Economic Analyst for Africa and outspoken opponent of the current policies of neo-colonialism. Also a highly respected researcher, writer, and speaker on a variety of topics concerning Africa.