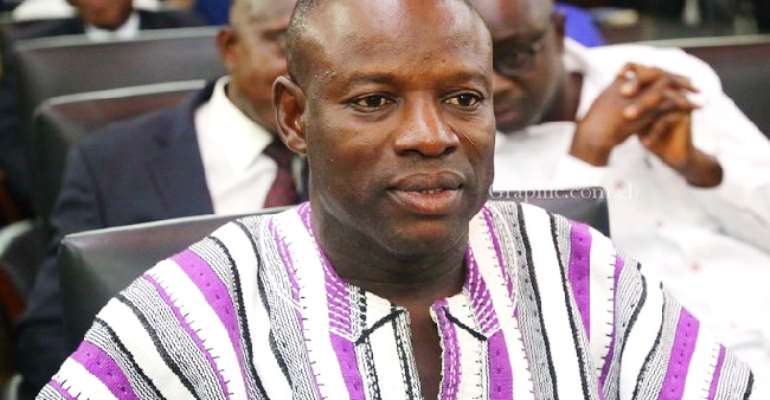 Minister for the Northern Region Salifu Saeed has made a passionate appeal to philanthropists and donors to offer help to residents within the Chereponi District who were affected by the recent clashes between the Kokumba and the Anufuls in the area.

The two factions were engaged in a violent clash last week which eventually led to at least 3 people losing their lives as well as numerous properties being destroyed.

After a series of dialogue and intervention from government officials with the parties involved, the two parties yesterday decided to smoke the peace pipe and leave what has happened behind them.

Speaking at a joint peace conference organized by both the Kokumba and Anufuls youth associations, Mr. Salifu Saeed called on organizations to support affected persons within the Chereponi District with some relieve items in order to help them get by.

“I also want to use this opportunity to appeal to Philanthropic organizations and donor agencies that they shouldn’t be fed up with us. They should understand and try to bring relief items for us to support the affected household because a lot of farm produce have been burnt down, household, people have been displaced and some have even migrated to Togo”, Northern Regional Minister Salifu Saeed said.

He further made a plea to the two factions to live together as one people whiles stressing that the Northern Region is their home and it is necessary for them to build on the understanding they have achieved to ensure they build on it going forward.

“The current Northern Region is our home. We don’t have any place else to go so from now onwards this problem we should use it as the beginning whereby if people happens to quarrel, you cannot live with each and once in a while you will not quarrel but if we happen to pick a quarrel between one another we should treat it as individual quarrel. It shouldn’t be communal fight”, he said.

Meanwhile the latest from the Region is that the Ghana Education Service Directorate in the North has ordered all head teachers in the Chereponi district not to reopen schools until calm is restored following the recent unrest. It is believed that the decision is to ensure the safety of students as well as the staff.