Self-Righteousness In A Plural World Of Evil: Why We Must Drop The Stone 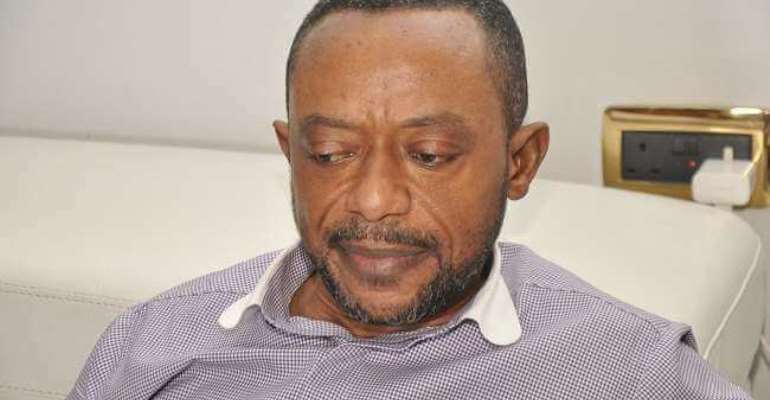 In his sermon on December 31, 2018, and as part of his routine practice every New Year eve, Rev. Isaac Owusu Bempah made eighteen prophecies for 2019. The prophecies included the death of the national chief imam, Sheikh Osmanu Nuhu Sharubutu, and Ghana's Muslim Vice-President Dr. Mahamudu Bawumia. Two other persons, who were tipped to die, were ex-Presidents John Agyekum Kufuor and John Mahama. For reasons yet to be established, a group of irate Muslims went and vandalised the property of Owusu Bempah at Dansoman in Accra, a day after the prophecy. As investigation is underway to explain the cause of the vandalism, I want to take the discussion away from what is in the public domain. This is probably, a necessary digression for reengaging Ghana’s religious plurality. I am discussing the violence from the point of view of plurality and soteriology (particularly between Christianity and other religions) and how that informs different responses to provocation.

Many scholars have honestly struggled to find a point of confluence in a world that is deeply plural in many ways. There is plurality in the areas of politics, economics, religion, race, sports, and culture. To a large extent, the existential reality of plurality in the global world has generated many conversations about how to interact with the other without any accompanying resentment. Over the centuries, the world has spilled so much blood in the name of religion, sports, or politics. About ten years ago, I read a book, 'Conflict: what has religion got to do with it?: an African-European Dialogue.' In the book, which is a compendium of presentations, one of the presenters (The Most Reverend Charles Gabriel Palmer-Buckle?) argued that there are three main things that have the potential to inspire good and evil simultaneously. These are religion, politics, and sports. Indeed, throughout human history, these three fundamental facets of life have either been a blessing or/and good to the human race.

But it is the plurality of our world that leaves us with the question: what do we do with our difference? Jonathan Sacks, the former national Jewish Rabbi in the UK, asked the question in a very poignant manner: how do I love the unlike? In his book, 'The Dignity of Difference,' Jonathan Sacks argued that the basic challenge confronting the human race is not necessarily the reality of difference, as it is about the question of how to appreciate our difference.

But, after reading Timothy Keller, my own understanding is broadening and crystallising on the question of plurality. The problematic of plurality is not because it has the potential to ignite violence. The challenge is that in a plural society, we begin defining ourselves (which is fundamental to pluralism) from a wrong premise: self-righteousness. In a world, where we believe we are better than others, we tend to look at others from the prism of our culture, race, and political affiliation. Sometimes, we even judge the validity of the debate of the 'unlike' from the point of view of sports. This feeds into what is known in psychology as confirmation bias.

Incidentally, all religions, apart from Christianity, tend to enforce and enjoin self-righteousness as a means of salvation. In other words, in all religions and isms of the world, our righteousness is based on what we do. Accessing the blissful world - nirvana or moksha - is based on how much good we have done, and the position of our righteousness on the pendulum. In one of the religions I have read quite extensively, one's salvation is based on the extent to which one's 'goodness' supersedes one's evil acts. Salvation in this religion becomes a contest of self-righteousness. How much one is able to obey laws and rituals is the epicenter of this religion. 'What can you do to please God and earn his salvation?’ becomes the key question of this and other religions.

Christianity offers a different Weltanschauung. It is only Christianity that begins from the point of view of one's innate evil. Christianity argues that, following the fall of Adam and Eve - our progenitors, all of us are born fallible and evil bent. We have no righteousness in us and we are incapable of meeting God's righteous requirement. Thus, beginning from the point of self-debase, the Christian looks up to God for salvation. The innate evil of human beings makes God the only saviour of the human race. Thus, in Christianity it is what God does, as opposed to what we do, that offers salvation. This explains why in Christianity salvation is essentially by grace alone, through faith alone, and in Christ alone. We do not do anything to deserve salvation.

The spillover over effect of these two positions on salvation is not far fetched. Those who think they must earn their salvation through rituals are quick to exhibit righteousness, which could be very superficial. They are always quick to defend their faith, even if it means shedding blood. Also, because their notion of salvation is work, they tend to be intolerant and arrogant. Their self-righteousness leads them to trash those who disagree with them. On the other hand, the humility of the true Christian makes her develop an attitude of tolerance and love towards the other. For her, because she herself did not deserve God's salvation, she sees herself as not better than anyone. She becomes sober and sometimes pacifist. In terms of forgiveness, the one whose salvation is given (ascribed) is apt to forgive, because she was forgiven of her sins. On the other hand, the one who comes with the understanding of a salvation-worked-for (achieved), he is reticent to forgive, because he does not experience the forgiveness of his god.

To bring this home: when Rev. Isaac Owusu Bempah made his infamous prophecy, while the national chief imam, whose years of experience has arguably redefined his understanding of inter-faith relations was quick to ask for calm, the youth felt they must go and attack and defend the god of their religion to balance their salvation sheet. They threatened to shed blood. In fact, one of them said in Hausa, which I translate: "We will kill human being, tomorrow (judgment day), we go to heaven."

As we, rightly or wrongly, condemn Owusu Bempah for what he said and did not say, let us do that with an acute awareness that we are all broken in one way or the other. Self-righteousness spills blood, while debasing oneself before God, leads to humility and convivial inter-human relations. If you are still holding your stone, just answer Jesus question: “If any one of you is without sin, let him be the first to throw a stone at her (him)” (John 8:7b). But to the prophet, Jesus declares and warns, “Neither do I condemn you. Go now and leave your life of sin” (John 8:11b).