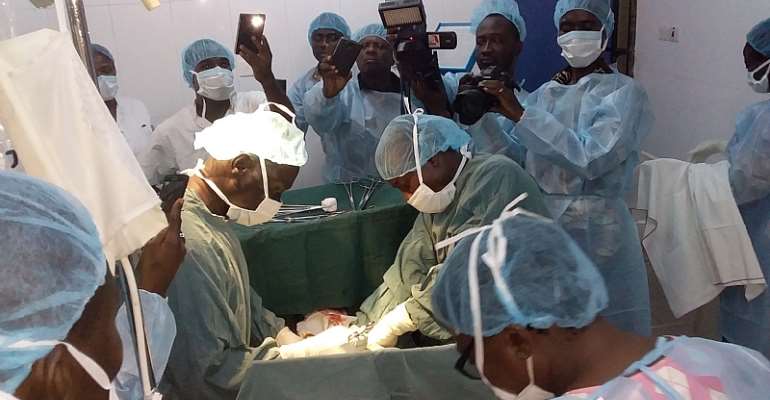 After her 15 years of marriage crushed as a result of childlessness, a 49-year-old woman, has finally given birth to a baby girl through In Vitro Fertilization (IVF), at the All Faith Medical Centre in Accra.

IVF is the process of fertilization by extracting eggs, retrieving a sperm sample, and then manually implanting an egg and sperm in a laboratory dish. The embryo(s) is then transferred back in to the uterus.

Akua (other names withheld) who was in tears, express her gratitude to God and excitement for such a gift of nature, she has suffered all his life for.

Akua was pregnant of twins, but unfortunately, one died at the early stages, and was delivered of a baby girl on Wednesday at about 12 noon.

Narrating her ordeal to The Spectator, Akua revealed that she had been expectant looking forward to conceive a baby since 2006, but she was at a point diagnosed of fibroid and her prolactin was also high, a situation which subdued her ovulation.

She then decided to undergo the IVF, after many visits to prayer camps.

She told the paper that her mind is made up to look for the sperm donor and try to be in relationship with the one, who made her dream of many years to come to pass.

Dr. Isaac Kofi Aidoo, the Clinical Embryologist, said when the sperm is donated, they check for diabetes, HIV, STDs, Hepatitis, sickle cell, and other hereditary diseases before using the sperm on those who needed them.

He said after going through all the necessary tests, and fertilization of eggs, it took about six to eight weeks for the person to get pregnant, and subsequently, it will take 9 months for the delivery of the baby.

He said it was always not the case that women are the only cause of childlessness.

Dr. Gordon Attoh, Fertility Specialist at the facility said, he was excited that a first baby has been delivered in their facility through IVF, even though they had already made many pregnant through the process who delivered at different hospitals.

He said at their centre when one gets pregnant, she has a choice of going to antenatal elsewhere, and for that reason, Akua was the first person who attended antenatal and gave birth at their facility.

He said currently, they have about 78 pregnant women in waiting. One of them, he said is 53-year-old woman, who is pregnant with triplet.

Dr. Attoh said last year, about 600 people registered to undergo artificial insemination, and in 2018, a little above 800, have registered.

He said they assess the situation and consider the best form of artificial insemination for the person. 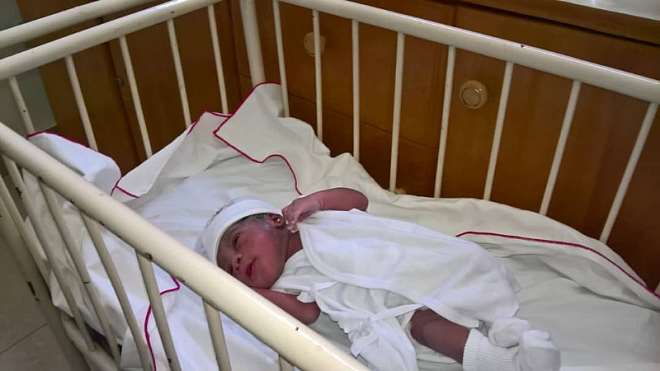 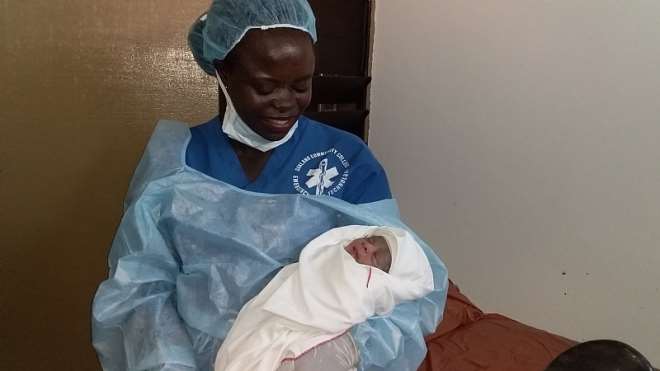