Wage Increment Is Not The Only Solution 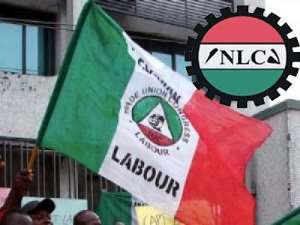 With the formal endorsement of the ₦30,000 national minimum wage by President Muhammadu Buhari, Nigerian workers will now heave a sigh of relief. Thanks to the tripartite committee, headed by Mrs. Ama Pepple, former head of service, for their patience, level headedness and propriety in ending the crisis.

It will come as no surprise that the Nigerian labor Congress and its affiliated unions go on strike at this critical time. The reason for these agitations are obvious. We are few months away to the 2019 election. This is why we are witnessing strike throughout the country. This is the "best" time to get the attention of the government. We are a nation of protest. Shi'ites are demonstrating and slugging it out with the Nigerian security forces with attendant loss of lives. The Academic Staff Union of Universities (ASUU) and its counterpart, the Colleges of Education Academic Staff Union (COEASU) have also threatened the government with strike as their bargaining chips.

While workers are jubilating the news wage increase, the common man and the multitude army of unemployed in the country are wearing forlorn faces for fear of the attendant consequences of the increment.

The labor union in Nigeria appears to be non circumspect on issues bordering on the problems of the Nigerian worker. The real problem is that workers in Nigeria regard wage hike as the only solution to their grievances. Unfortunately, it is this one-sided approach to the problem that beclouds leadership of labor from seeing the other side of the argument.

The question is, apart from the usual salary increase that comes with protests and disruption, don't we have other better alternative measures that can improve the wellbeing of the Nigerian worker? What has labor done to enforce payment of the ₦18,000 minimum wage which some states are yet to implement? What assurance do we have that the states and the private sector will pay workers under their payroll the new minimum wage?

Nigerian economy has been moving at a snail's speed worsen by inflation and institutional corruption. The euphoria brought by the new minimum wage will be short lived. The Nigerian worker will soon start feeling the negative consequences of the hike in minimum wage. According to an economist Dr. Ahmed Adamu, "Once the money in circulation is growing at a higher rate than the economic growth, the value of money will reduce." So this is like giving the ₦30,000 salary to the worker with the right hand and taking it back with the left.

Another problem which may hamper the benefits to be derived from the new wage increase is the possibility of employers to raise the prices of good and services they provide. "Employers will be required to pay more money to pay their employees. Therefore, the employer will pass that extra cost on to the consumer."

Shereen El Agamy of Tharawat Magazine stated that the "consequence of the minimum wage hike is an increase in payroll costs for employers" which will ultimately "result in employers being forced to take on fewer employees, reduce hours, or even lay off existing employees."

In Nigeria, traders have the habit of pushing prices up as soon as there is increment in wage and a corresponding increase in the purchasing power of workers. Once price goes up, it hardly comes down because we don't have the internal mechanism to control pricing in the country.

The investment drive by government to open up the economy for growth will suffer because increasing inflation with a corresponding increase in wage scare away prospective investors from injecting capital into the economy.

In an economy which has just come out of recession, wage increase will add unnecessary pressure on genuine effort to recovery. More over, infrastructural projects which the nation urgently needs for development and prosperity may suffer discontinuance. And once people realize that government work is attractive because of good pay, they may lose interest in self-employent which will kill creativity and productivity in the economy.

To avert pressure on the economy that may arise as a result of salary increment, there is need to put some mechanisms in place. Hence, government may reinstitute price control board to set minimum and maximum prices for specified goods. For instance, prices for essential commodities which the poor defend on for survival should be controlled. If the government in Nigeria can fix the price of gasoline, I see no reason why it cannot fix the price for rent and essential commodities. The spill over effect of fuel hike is similar to minimum wage increase on the economy. Moreover, if we can invest money in education and retraining programs for our youth, low wage Nigerian workers can get better and high paying jobs which will reduce the periodic demand for wage increase.

It will also serve the nation better if government could devise means that will add value to the existing wage, reduce unnecessary spending such as jumbo allowances and salary to political officeholders and senior government functionaries and, harmonize wages of federal workers and give states the liberty to fix their wages.

National minimum wage is enshrined in our constitution. It is a constitutional provision that cannot be swept under the carpet. My views on the matter should not therefore be misconstrued. I am also a bonafide beneficiary of the new national minimum wage. I am not against it. I am only concerned about the negative impact it portends.

PaFFAG exposes Bagbin over 2022 budget rejection, calls for ...
14 seconds ago