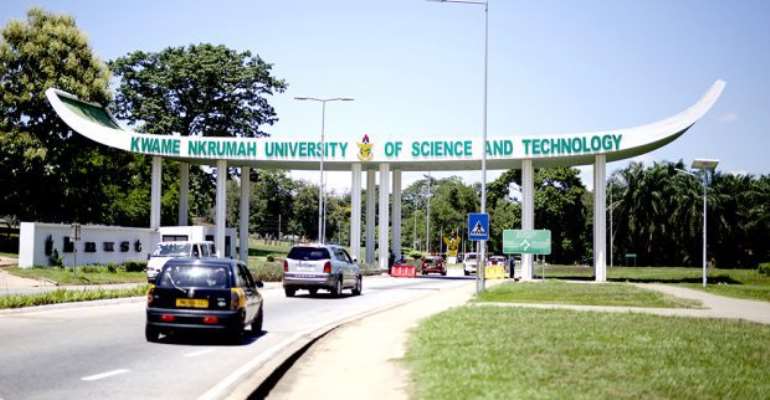 The National Union of Ghanaian students (NUGS) have welcomed the government and Education Ministry’s decision to dissolve the governing board of the Kwame Nkrumah University of Science and Technology (KNUST).

Government through the education ministry on Thursday October 25, 2018, dissolved the KNUST board after students of the school demonstrated last Monday to echo their displeasure on the manner authorities of the school had treated them in recent times.

The school has since been closed down by authorities due to the riot and demonstration by the students which led to massive destruction of the University’s properties and vehicles of some individuals.

Speaking in an interview with Agya Wusu Ansah on OTEC FM's flagship afternoon political talkshow dubbed ‘DWABIREM’ after official press release from the Education Ministry, the National Treasurer of NUGS Omama Kwadwo Frimpong stated that they are overwhelmed with the decision adding that it will help calm down tempers.

He says even though an interim board has been appointed, they call on the the government to bring a permanent board to steer the affairs of the school.

Omama Kwadwo Frimpong however called on parents and students to keep calm for government to appoint a new board.

Akufo-Addo Has Turned Ghana Into 'Hell-Hole Instead Of Parad...
58 minutes ago