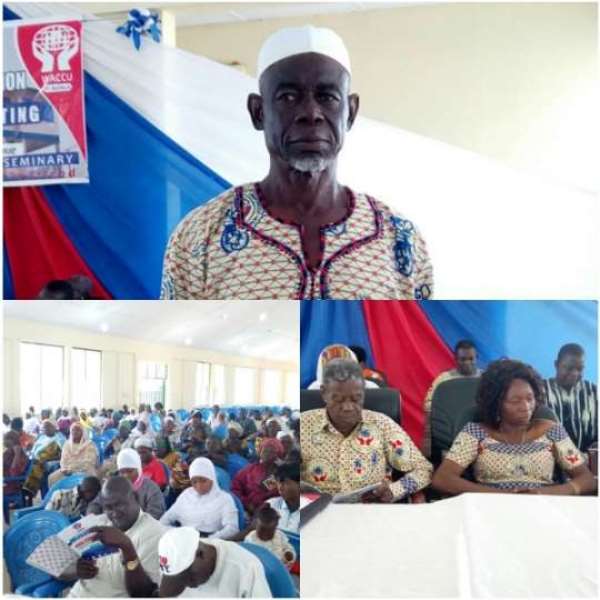 Naa Bawa Seidu, the Board Chairman of Wa Community Co-operative Credit Union (WACCU), has urged members to support the Board to wage a relentless war against loan delinquency which has slowed down operations of the union.

Non-payment of loans for the past decade had been a bane to the Union's growth as defaulters succeeded in denying all members of their highly anticipated dividends this financial year.

Naa Seidu therefore called for a decisive action to arrest defaulters and haul them to the law court for prosecution.

'The union long-term viability will fall below standards, should they pay any dividend beyond eight per cent of shares,' he said.

'I wish to apologise for this year's turn of events and promise you that with your full support, we shall win this war and come back to the next AGM smiling over a huge and dividend pay-out'.

Speaking during the 19th Annual General Meeting of WACCU in Wa, Naa Seidu implored members to keep their trust in the Union's leaders and continue to do business with the facility.

'Please do not withdraw your membership, but rather make personal efforts to help overcome delinquency as the delinquent borrowers are our own friends and family members,' he said.

The Union made anxious efforts at consolidating its gains made in recent past with focus on stabilising profit performance to improve viability.

Naa Seidu called on those whose shares were below GH¢100.00 minimum to top up in order to help improve capital adequacy level of the union.

He said the union has fully met the share capital threshold.