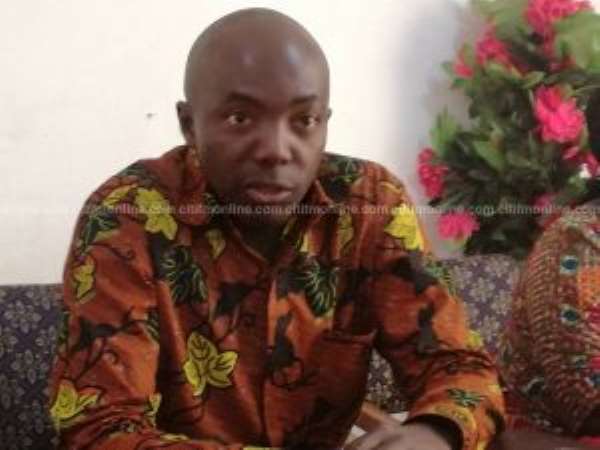 Students of Kwaekese R/C Basic School in the Kwahu Afram Plains North District of the Eastern Region will continue to go hungry this academic term.

This is because the school has suffered another setback in resolving the impasse between two caterers assigned to cook under the school feeding program.

Two different caterers have for some time now been battling on who has been originally assigned and approved to provide catering services for the basic school children under the school feeding program at the school, a misunderstanding which has deprived students of the school equal opportunity to the free food and subsequently forced students to go hungry since last year.

But for the timely intervention of security personnel from the Ghana Police Service and the Bureau of National Investigations, the situation would have gotten out of hands on Monday morning when the two caterers, Comfort Obiyaa Ankomah and Aunty Mary, the New Patriotic Party, (NPP) women’s organizer both showed up at the Kwaekese R/C Basic school with their cooking utensils and food stuff to cook for the pupils.

Constituency party leaders and members of both National Democratic Congress (NDC) and NPP also besieged the school to prevent the caterers from cooking, a development which created a scene and disrupted academic work briefly.

A letter sighted by Citi News and signed by the former Minister of Gender, Children and Social Protection, Madam Otiko Afisah Djaba on January 28, 2018, addressed to the District Chief Executive Officer for Afram Plains North, and copied to the Eastern Regional Minister as well as the Coordinator of the school feeding program, introduced Madam Comfort Obiyaa Ankomah as the approved caterer assigned to the Kwaekese R/C Basic school to provide catering services for the 2017/2018 academic year.

Citi News understands that the office of the district assembly disregarded the letter and went on to further appoint the other caterer, popularly known in the area as Aunty Mary; a development which has not gone down well with the supporters of the NDC in the district.

Confirming the incident to Citi News, the NDC constituency secretary, Taidu Mohammed described the current turn of events as problematic.

“The problem is that, according to the Member of Parliament for Afram Plains North, we were given a slot on the school feeding program for one school and there was a letter from the ministry of gender signed by former minister Madam Otiko Afisah Djaba giving the caterers name and the beneficiary school to the DCE. The MP came, we had a gathering with the chiefs and people around together with the assembly members to inform them that he the MP has gone to lobby for one school in the community so the letter was shown to the members and chief and a copy was given to the DCE”.

” The DCE, Samuel Kena told the MP that he should hold on and that he was going to discuss with the Regional Minister and respectively. We allowed him even though we were supposed to start the feeding third term, the 2017/2018 academic year. But because the DCE was delaying the MP said we should give the DCE some time. Lo and behold this academic year the second week of the term we saw that the NPP women’S organizer was in the school providing catering services so we did our investigations and we were told they say they are in power now so they will not allow anyone whose name was mentioned in the letter from the gender ministry to go to the school to cook there. We further went to the chief to enquire whether they have received a new letter indicating that another caterer had been assigned to provide the school feeding service for the school and they said no. We also went to the assembly member who also said no”, Taidu Mohammed added.

Mr. Tahiru further said they will resist attempts to prevent the approved caterer from carrying out her duties.

He however revealed plans to prevent the NPP caterer from carrying out catering services for the school.