Conversion Of Halls At KNUST Bold Step, Others Should Emulate 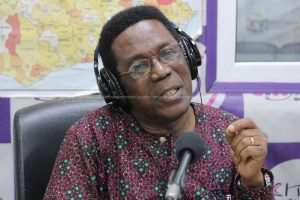 The Minister of State in charge of Tertiary Education, Professor Kwesi Yankah, has described as laudable, the conversion of all single sex halls of residence into mixed facilities at the Kwame Nkrumah University of Science and Technology (KNUST).

According to him, the decision is one that fits into national policy and changing global trends.

Management of the school, converted its all-male University and Unity Halls, known as Katanga and Conti respectively, as well as female Africa Hall into mixed ones despite protests .

Professor Yankah, who toured the halls on Friday praised authorities for the bold step and urged other universities and institutions to emulate them.

“KNUST has made a major statement and held also by the courts of law. New emerging institutions have to adjust themselves. That is the kind of cohesion that the world wants. We continue to perpetuate the exclusive male and exclusive female in our setting in the light of reality. It will not happen in the realization of the national development plan.”

He was hopeful that the bold step by the University will ensure females are well represented at the tertiary institutions in the country.

“So I am here to congratulate you on what you have done and the pace you have set for tertiary institutions to follow.”

Prof. Kwesi Yankah had earlier indicated that he expects authorities of the Kwame Nkrumah University of Science and Technology (KNUST) to investigate reports of harassment of some female students occupying the University and Unity halls, known as Katanga and Conti respectively.

There was a viral video of some male students harassing female students who were sent to the halls that were recently converted into mixed halls amidst protest.

Prof. Yankah said he was irritated by the incident of the alleged harassment, and expects the university authority to deal ruthlessly with the perpetrators.

“The major issue about the harassment of women, I was really outraged by that. I am expecting the University to immediately institute investigations into this and the culprits brought to book.”

“And very firmly I must say state that we must set a good example. We cannot accept the harassment of students when they are strictly complying with laid down procedure by the law and by the University.”