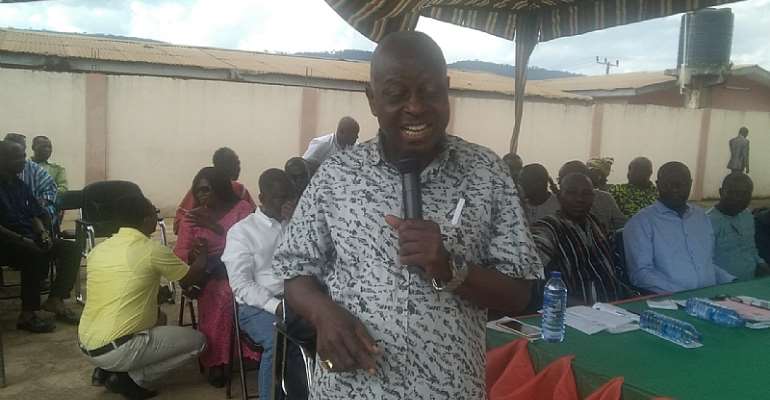 The Eastern Regional Minister, Mr. Eric Kwakye Darfour called for calm after misunderstanding arose by some sympathizers of the former Fanteakwa South NPP chairman, Mr. Ntore Agyarbeng and said to report the decision by the assembly members to the president of the Republic, His Excellency Nana Addo Dankwa Akuffo - Addo.

"Nananom, what we have observed here today simply means the Fanteakwa South District Assembly Members are not ready for the coming developments". He added.

Meanwhile, before the election, Mr. Eric Kwakye Darfour, Eastern Regional Minister in his speech pleaded to assembly members to do well endorsing the nominee to enable the district's development which the assembly members disagreed.

Some aggrieved sympathizers of the former chairman pointed some assembly members who allegedly voted against the president's Nominee but the intervention of the police and the minister calmed down the situation.

Since the former chairman was not approved by the assembly members, is up to the president of the Republic to reappoint him or to appoint a different person per the standing orders.