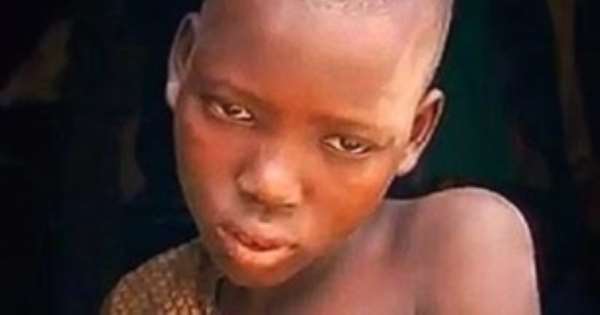 The outbreak of nodding disease in Tanzania, Uganda, parts of Kenya and Sudan has recorded thousands of deads. Unverified cases have also been reported indicating increasing geographical coverage and the age of onset was tightly clustered among children 5 and 15 years of age. The reported incidence became higher and the victims older during recent years.

Because of the enormous impact of this horrific disease, the Ministry of Health of Uganda requested international assistance in investigating and responding to the outbreaks. Therefore, a National Response Plan to Nodding Syndrome was developed by the Ugandan Government, which incorporated various research activities focused on the challenges of Nodding Syndrome.

The Ugandans requested further support from the World Health Organization to convene a scientific meeting that would facilitate the sharing and exchange of information on the illness in order to help shape public health activities and define a focused Nodding Syndrome research agenda.

Thus convened the World Health Organization's first scientific meeting on nodding syndrome in Kampala, Uganda, from July 30 to August 1, 2012; in collaboration with the Ministry of Health of Uganda and the United States (US) Centers for Disease Control and Prevention (CDC).

Attendants to the meeting were representatives from related Ugandan ministries, such as the Ministry of Agriculture, Ministry of Disaster Preparedness, and Ministry of Information and National Guidance.

Other Attendees were staff from training and research institutions, local non-governmental organizations (NGOs) supporting NS interventions, technical and bilateral partners, such as CDC, the Department for International Development (DFID), United Kingdom, the United States Agency for International Development (USAID) and representatives from WHO.

Scientists investigating the cause of a disease that makes victims get sporadic seizures drip saliva and nod uncontrollably; have found crystal-like substances in portions of their brains. This discovery appeared during tests at the US Centres for Disease Control (CDC) laboratory in Atlanta.

Although unprecedented and still unexplained, scientists encouraged they may be closer to fully understand the mystery illness and its origin. The mentioned crystal-like substances that glittered under polarizing lights were observed in the pons, a part of the brainstem where the spinal cord connects.

However, Dr. Wun-Ju Shieh, have you ever heard of Citrinin which especially affects the reproductive system of African women?

Citrinin a very toxic mycotoxin
One of the crystal-like substances is Citrinin, a mycotoxin which is often found in food. It is a secondary metabolite produced by fungi that contaminate long-stored food supplies and it causes a different toxic effect like nephrotoxic, hepatotoxic and cytotoxic effects. Citrinin is mainly found in stored grains, but sometimes also in fruits and other plant products. Contaminated food supplies are often applied in refugee camps in nodding syndrome regions.

Moreover, while maximum levels for various mycotoxins were set for a number of food and feed products, the occurrence of citrinin is not regulated yet under these or other regulations within the European Union. Why? Because it is a biowarfare product shipped to the region by the USA and used by the Belgians in Rwanda and former Belgian Congo.

The types of toxicity that have been studied for citrinin are acute toxicity, nephrotoxicity, genotoxicity and its carcinogenicity. So if you want to depopulate Africa then this is the agent to use.

Citrinin induces micronuclei, aneuploidy, and chromosomal aberrations. In vivo, it induced chromosome abnormalities and hypodiploidy in the bone marrow which also causes Aids.

The Centres for Disease Control in Atlanta was reported to be preparing for fresh toxicological sample tests on Ugandans but in another laboratory and not its own. This is a very strange development because Atlanta laboratories are very much able to detect biowarfare agents like crystal glittering mycotoxin.

However, the Ugandan officials declined to discuss CDC’s startling discovery of crystal-like substances in the brain of nodding victims, something Health minister Ruhakana Rugunda did not also highlight in his comprehensive update on the disease on May 13, 2014. Was it because authorities carried out aerial sprays along Pager, Aswa, and Agago rivers to kill black flies which bite is associated with some cases?

Scientists also evaluated whether nodding syndrome, observed in Tanzania in 1962 and lately more widespread in South Sudan, might be caused by tetramine poison associated with some toxic plants, vaccines, and chemical weapons. Of course, they did not discuss mycotoxin because a number of causes have been ruled out before the WHO scientific meeting was started.

What was the reason? We all know that in many post-conflict communities are raising suspicion that bioweapons are used in the protracted which may have something to do with nodding disease.

A representative of the WHO answered: “Genetic predisposition and other potential infectious, environmental and toxicological hypothetical causes require further investigation.”

Ugandan Prime Minister Ruhakana
The countries afflicted by the disease are post-conflict and the use of bio-weapon could have a link to the disease. Prime Minister Ruhakana Rugunda, then the Health minister, said, “the affected people believe that Nodding Syndrome is due to evil spirits of the dead who were not buried, chemical effects of the prolonged Lord Resistance Army war, and LRA crimes committed against the neighboring communities.”

The affected districts are Lamwo, Pader, Kitgum, and Gulu, all in northern Uganda, which was an epicenter of a protracted insurgency of the Lord’s Resistance Army. But it was not only LRA who committed war crimes as there were various rebel armies who fought it out with the Ugandan Army. Amongst them the Ugandan People’s Defense Force. UPDF committed war crimes.

After a film was shown on television, which exposed what the soldiers had been doing, in pictures of cauldrons where people’s arms and legs were “sticking out of the pot.” How prevalent this practice was by the UPDF and how many people they thought might have been made to eat dead people’s brain?

It was told that soldiers had cooked the dead people’s brain first then the Acholi were made to eat them. There also were the “Invisible Children Initiative” who they claimed are very closely aligned with members of the Ugandan Army. They went on to explain that they were treated far worse by soldiers in the Ugandan Army than by the rebels in the bush.

It was stated these children were being poisoned in some way by something harmful biowarfare agent in food or in the water. The presence of chemical waste or biowarfare agents is used during and after the civil war brought by the UPDF in order to fight the rebels.

It was said that Moammar Kadafi himself may have sent chemical weapons down to Uganda to help Museveni out during the civil war in the north. But another possibility was stated that it was common knowledge around the northern districts that the agent mycotoxin was shipped by the USA towards Africa.

It was discussed in the US Senate which is in compliance with previous articles published on our blog. Professionals in biowarfare techniques in Kampala remembered that the UPDF had used chemical warfare during the civil war as the Belgians did in Rwanda and the Congo.

A final surprising twist was that many believed the children could have been poisoned by the food that they had been given to eat daily in the Internal Displacement Camps which is also in compliance with publications on our blog.

The villagers in the region certainly made a case for the presence of poisons: when they reminded us that when heavy metals and chemical poisons are present in food supplies it is the young, the old, and the sick who are affected first. Maybe the children with Nodding Disease were the ones who were most susceptible to whatever was in the food, bedding, or water.

It was discussed that the Ugandan government wanted to punish the Acholi for backing the previous president of Uganda and half felt that it had not been done on purpose but that the government was doing everything in its power to make sure that no one found out- even if it meant letting these children die.

It is a fact that the government has refused to provide the resources it should have offered. It was the Ugandan government itself who ruled out the discussion about mycotoxin at the mentioned Nodding Disease meeting, and it has been infecting young children for a few years now but as of this year, 34 adults have been diagnosed with the disease. The disease continues to spread throughout the region.