Azumah: Rawlings Supported My Career; Swept Our Room After Training 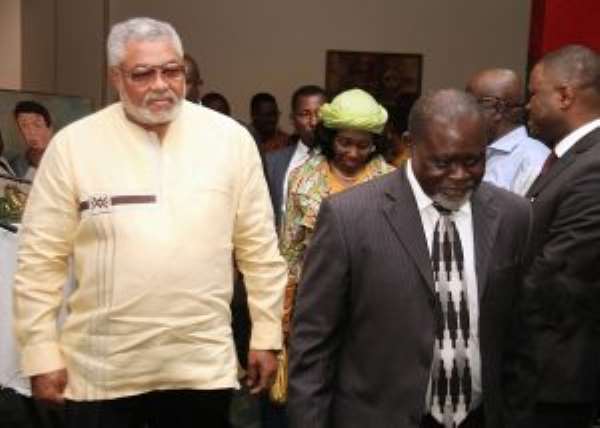 According to him, his extreme closeness to President Rawlings dates back to the early stages of his boxing career when he was an amateur.

Azumah Nelson recounted how the former president greatly supported him and other amateur boxers decades ago just to ensure that they excelled in the sports..

Speaking on Citi TV's Face to Face with Godfred Akoto, the three-time World Boxing champion said when he was an amateur boxer, then President Rawlings was very supportive and cared about his trade to the extent that “he will sweep the place for us after our training”

He recalled how the Former President brought him food during training. He went on to say that he became friends with President Rawlings after those kind gestures.

“When I was amateur, he was taking care of us, and we were supposed to go to World Olympic games, there was one guy in the military who was American and he was always beating his opponents, he always took the Gold. But Rawlings realized I could beat that guy”

“Rawlings came around when we trained at Volunteer force, he comes there every day, sometimes when we finished training, he will sweep the place for us, he didn't want us to do anything.He will clean all the rooms. He would then bring food for us, beans and other things. Since then we became friends”

According to him, his boxing prowess is a gift from God hence he has a responsibility to ensure others also benefit from his rich experience.

He further urged young boxers to develop a relationship with God to order to go far in their careers.

Isaac Dogbe is a good boxer
The boxing icon also expressed his admiration for Isaac Dogbe. 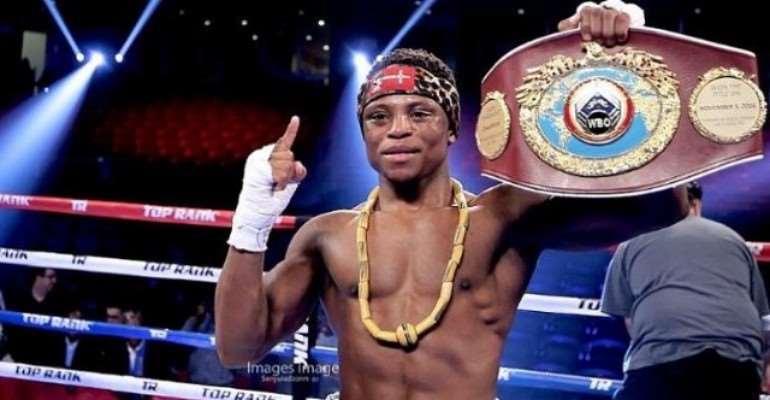 Isaac Dogboe
He says Isaac Dogbe is a disciplined boxer who trains hard and is very religious.

He says these qualities can propel a boxer to conquer the world.

Azumah explained that talent is not enough to reach the highest level in the sport.

Summary of Azumah Nelson’s career
Azumah is known in boxing circles as ‘The Professor’ because of his ability to teach his opponents a boxing lesson,

His craft and power still see him widely regarded as the greatest fighter to ever emerge from the African continent.

Nelson, who has been called the greatest African boxer of all time, quit the sport at the age of 40 with a record of 39 wins, four losses and two draws. Nelson won a swag of titles over his superb 20-year professional career, including British Commonwealth and African featherweight titles, and WBC featherweight and super-featherweight crowns.

During his professional career, he stopped 28 of his opponents within the distance, recording a total 39 wins, four losses and two draws.

Among the opponents, he beat were Mexican Marcos Villasana, Mario “Azabache” Martinez, Australian Jeff Fenech, and Briton Jim McDonnell. His four defeats were at the hands of Pernell Whitaker, Jesse James Leija (twice) and Genardo Hernandez.