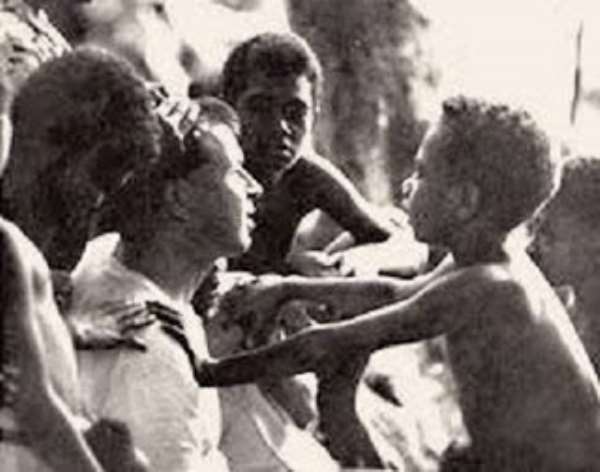 The arrest of Nobel laureate Daniel Carleton Gajdusek seemed like a gangster movie. FBI agents with guns and handcuffs entered his huge country house, located in the U.S. state of Maryland. He was charged as a criminal. On that fateful day, FBI agents entered the laboratory of Central Nervous System Studies, at the National Institutes of Health NIH, and they hermetically sealed and ransacked it completely.

Journals, scientific papers from the Second World War, letters guided with travel reports, pictures, videos, and computers fell into their hands of the FBI. The arrest hit the American society and the medical world like an atomic bomb. A letter from the Dutch virologist Jaap Goudsmit, to the prestigious medical journal Lancet, called on the FBI and the U.S. government to protest against the disproportionate action of the police organization.

Goudsmit supported his argument with the bold words:

“Let us not forget that Nobel Prizes are awarded to visionary minds, often lonely years, tread a path which many of us do not dare to go. Gajdusek is one of those rare geniuses.”

However, Holland micro-surgeon, Johan van Dongen would like to challenge the action of the Dutch virologist Jaap Goudsmit, because he thinks that his conduct wasn’t right. Perhaps Goudsmit has forgotten that Gajduseks collaborated with the Nazi Germans and performed experiments on children and orphanages, according to Wolff Geisler. Gajdusek even intensively cooperated with German war criminals after the war, in carrying out experiments on children, when he was captain of U.S. forces in West Germany.

An awarded visionary mind
Pneumonia is caused by pneumocistii carinii pneumonia PCP, and can be activated by toxic agents, protozoans and by the cytomegalovirus CMV. Pneumonia is a severe disease that is often manifested in AIDS patients and often fatal. It is a condition that most frequently occurs in AIDS patients. The disease was first discovered by independent Belgian scientists named Thijs and Janssen.

Within the Congolese children, they found a specific form of pneumonia caused by the PCP. Thijs mainly studied the matter of PCP and he was one of the first who discovered the relationship between the occurrence of PCP and symptoms in patients with AIDS. He also noticed massive Kaposi-like structures that are typical in AIDS patients.

Particularly known to be aggressiveness disease, he initially could not identify it. Was it a fungus, bacteria, or was it a protozoan? Depending on the research from that moment onwards, no less than 86% -100% of children in the Congo carried antibodies against PCP which is an incredibly high number.

Striking to mention is the fact that both investigators noticed the outbreak of the disease was related to several different stages of physical resistance being inactivated. Pneumocystosis usually occurs in children and is officially caused by a parasitic protozoan living in the lungs.

This protozoan in particularly causes fatal infection, because of an achieved prolonged immunodeficiency with toxic agents. An immunodeficiency which is very easy to create in children by exposing them for instance to mycotoxin, lipopolysaccharide and endotoxin agents, is used in biological warfare in order to make people receptive to all kind of diseases.

These chemicals are substances that are highly genotoxic to hereditary characteristics of humans and animals as well. Pneumocystis hide mainly in macrophages, a specific lymphocyte, in this way almost inaccessible to antibodies and/or drugs; actually, you could say they get shelter in our immune defense system.

Striking is that these protozoans, in turn, may harbor viruses, such as Trojan horse. This mime racy is used in black people to activate viruses with toxic agents in deadly experiments on children’s within orphanages, children hospitals and mentally handicapped children living in institutions (see references).

Before and during World War II, it was nearly impossible to catch PCP. That apparently changed when Johan van Dongen read an article of German Benecke in 1938. As he previously described an experiment in newborns;

“Eigenartiger Bronchiolenerkrankung ersten lebensjahr,” (Strange Bronchiole disease first year of life) not much later followed by the Germans Feyrter F. (1939), G. Raspe (1939), A. Nitschke (1941) W. Giesen and Bauer (1941) about mass deaths in children’s homes and in newborns, due to a fatal pneumonia caused by PCP and these babies were taken from Polish and Russian women who worked in German prison camps.

These women with PCP children are placed under the supervision of the German SS doctors, who infected the children by giving them cow milk to drink. After the war, the blood of these babies and black-skinned prisoners were examined and mycotoxin was found, a substance that severely reduced immune resistance.

References of Daniel Carlton Gajdusek
As described by Wolf Geisler, Gajdusek firstly started writing about PCP in 1957, in the Journal of Pediatrics the article named:

Shortly thereafter, he passed over in silence to mention that PCP occurred suddenly in 1935, but only in countries where the German language was spoken and only in children’s homes. In 1985, an article appeared in the Lancet about aids causing viruses named: HTLV-I / HTLV-III antibodies and tropical spastic paraparesis, written by amongst others Gajdusek.

This article reminded Johan about another of this publication, written in 1953, during his presence in the Walter Reed Army Medical Center called: “Acute hemorrhagic fevers and mycotoxicosis in the Union of Soviet Republics.”

Johan van Dongen realized that something strange had happened because there was an enormous gap within Gajdusek’s curriculum vitae, an abnormality in science. Further investigation showed another publication of Gajdusek about animal models of human disease.

The article was named: “Induction of persistent human T-cell lymphotropic retrovirus infection in nonhuman primates and equines inoculated with tissues from human AIDS patients or purified virus grown in vitro.”

Gajdusek published this phenomenon in Salzman L.A. ed. Animal models of retrovirus infection and their relationship to AIDS. New York: Academic Press, Inc., 1986:457-462. If one really can imagine what the containment of these investigations is, then the chicken pox will not be far away from you.

According to Geisler, between 1941 and 1944, in the city of Kilo in the Belgian occupied Zaire, at that time Congo, besides many children died from PCP. They were part of fifty thousand people living in that region that was observed by Belgian scientists (Thijs and Janssen). In 1950, fifty-one PCP cases were reported on from Finland during the war.

A new influenza-like disease had spread among soldiers whose symptoms point to mycotoxins as being the cause. The PCP, with the exception of Finland and Congo/Zaire, was found only in German-speaking states of Europe, such as Switzerland, Austria, and Germany of course, and only in hospitals and homes for ‘feebly-conditioned and debilitated children.’

As the only explanation remains that Germans and scientists like Gajdusek working together with Germany had detected the originating mechanism of the disease, and performed experiments on children. The experiments even continued after the war as described by Winslow D.J. and Hathaway B.M. called: ‘Pulmonary pneumocystosis and cryptococcosis’. Am. J. Clin. Pathol. 1959; 31: 37:337-342. 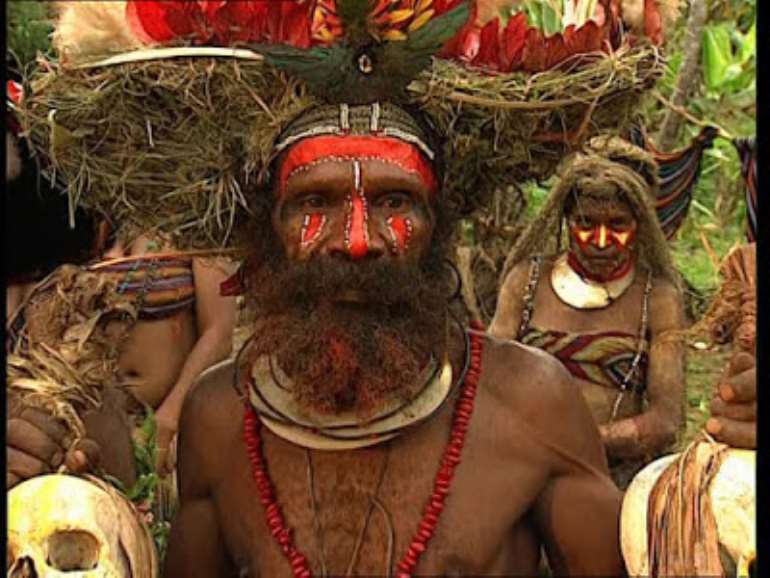 According to the AIDS definition of 1987, PCP -even without evidence of HIV- is a symptom of an AIDS disease, thus, an HIV-infection in cases where no other causes of immunodeficiency are found. Based on the definition, only HIV can eliminate the immune mechanism to such an extent, to allow the onset of PCP.

Those children, who died from PCP in Germany, Switzerland, Czechoslovakia, Congo/Zaire, Finland, Iran, and Vietnam, therefore had AIDS.

At the time HIV or related immunosuppressive retroviruses were inserted. Moreover, AIDS does not come from monkeys but from an ordinary human scientist who tries to eradicate a particular human race for certain reasons they know best.